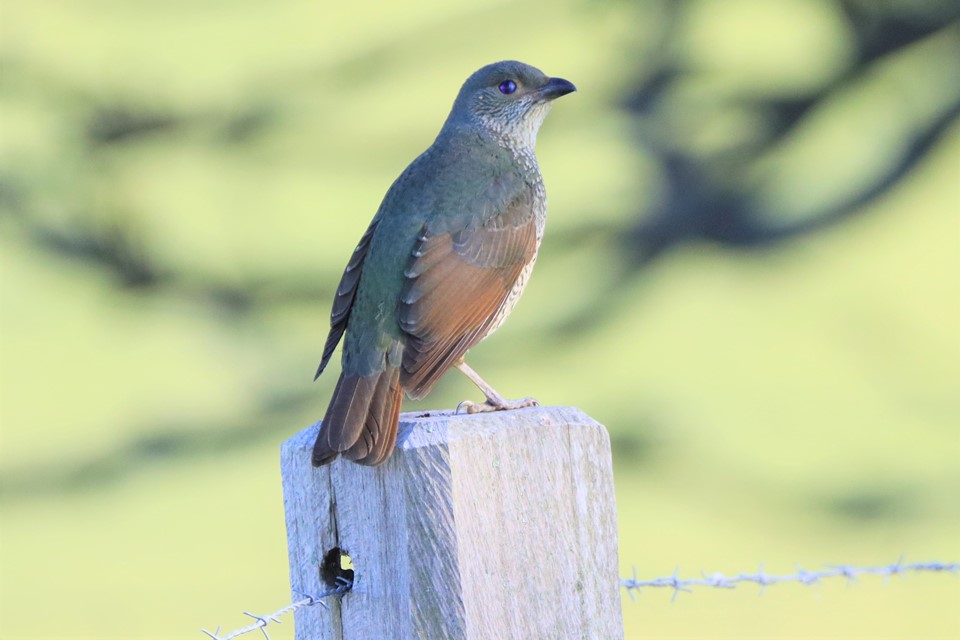 Bird life during Spring in the rural areas of Milton NSW

“Birds are widely recognised as good indicators of environmental health. A farm with a rich diversity of birds will also have a relatively high diversity of trees, shrubs, mammals, reptiles, frogs and invertebrates – and is also a guide to the overall property condition and sustainability of its agricultural practices” writes Ben Humphries the Southern NSW Woodland Bird Project Officer, Birdlife Australia.

The following are a sample of the images taken in October 2020 over a three-day period (each a brief session) with permission of the owner of this property that adjoins the NSW coastal village of Milton. They are testimony to the beauty, life and health of this rural area.

I wish to credit Charles Dove for his help in identifying some of these birds and his help in getting me started in ‘Bird Life’ photography.

END_OF_DOCUMENT_TOKEN_TO_BE_REPLACED 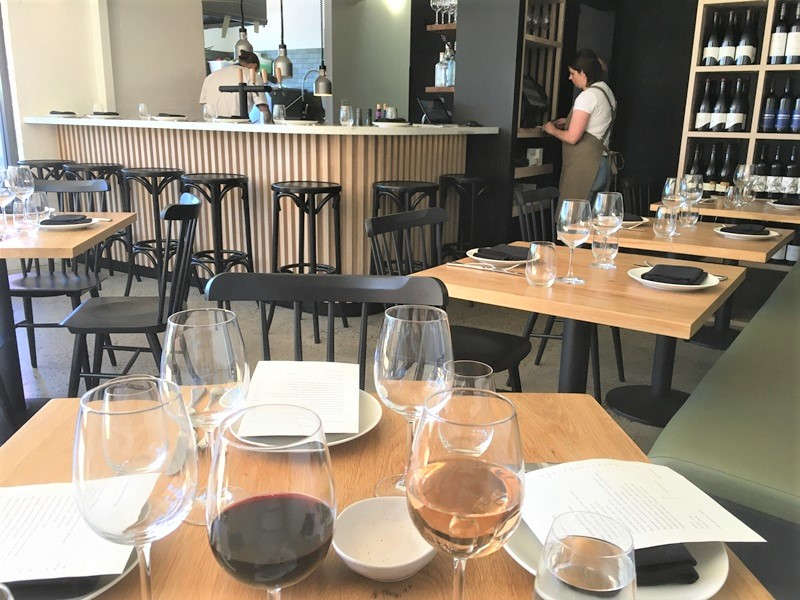 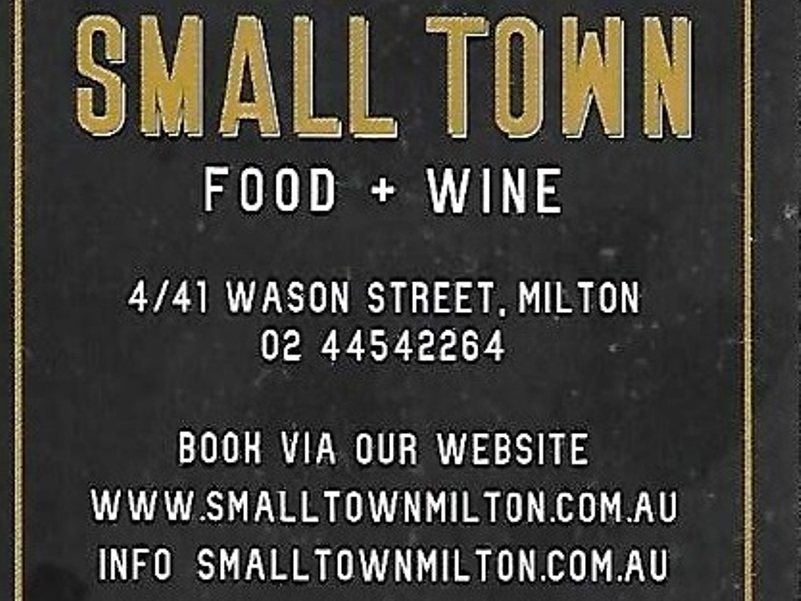 Alex Delly and wife Jo Thomas of St Isidore fame have opened their latest venture, ‘Small Town’ in the heart of Milton.

Their reputation alone speaks volumes for their ability to serve quality fine dining meals at affordable prices, having been awarded a ‘Chefs Hat’ by the ‘Good Food Guide’ in 2019, 2018, 2017, & 2016 and being ranked by ‘Gourmet Traveller’ in the top six N.S.W. regional restaurants in 2018, 2017, & 2016 with their previous restaurant, St Isidore.

My wife and I (Ken and June Banks) recently enjoyed the ‘CHEFS SELECTION MENU’ a degustation lunch. The fusion of flavours in each of the eight serving courses was extraordinary, each matched with quality wine that complemented each course. Alex, without a doubt has a unique creative genius in his vision and ability to prepare meal after meal that is amazing.

Some fine dining friends visited ‘Small Town’ two days later and were delighted by the delicate flavours and culinary skills of the chef with quality matching wines.  Guests from Mollymook Beach Waterfront have also been unanimous in eloquently describing their experience in regard to quality and variety of flavoursome dishes, service and ambience. HIGHLY RECOMMENDED!

END_OF_DOCUMENT_TOKEN_TO_BE_REPLACED 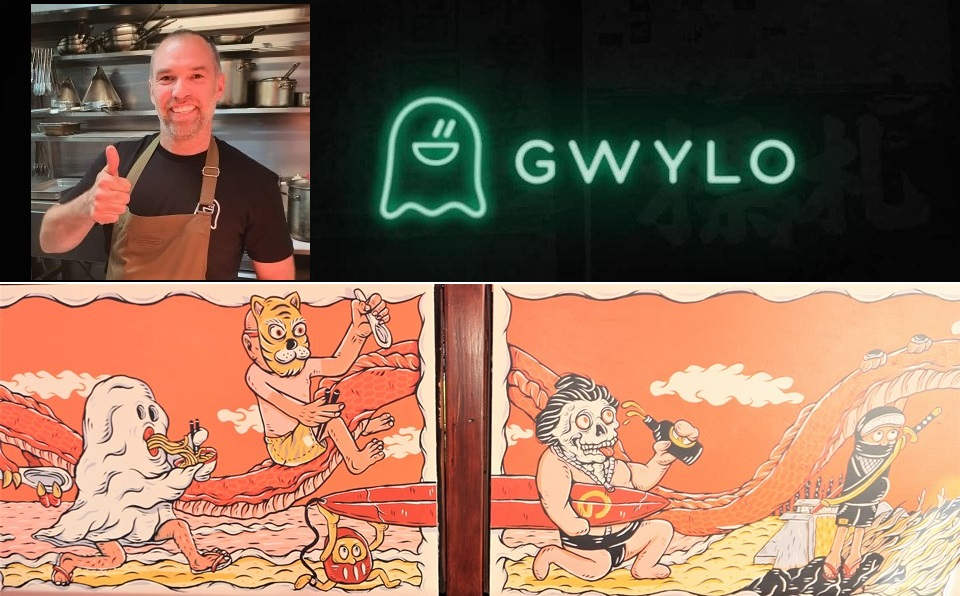 The name ‘Gwylo’ was Matt’s nickname working as a chef in Asia which he remembers as an ‘epic experience’. Matt has a super impressive background, having originally worked in South Australia for Cheong Liew, Simon Bryant and thereafter stints at Southern Ocean Lodge on Kangaroo Island and Capella,at Lord Howe Island.

In 2010, after having travelled extensively through Asia, he and his partner moved to the south coast and open Tallwood in 2013. Tallwood was an outstanding success ranking among the best in the local area. Now 2020, Matt steps out to showcase his latest venture, the highly anticipated Gwylo Restaurant.

Gwylo is an ‘Asian Fusion’ style restaurant with an ever changing menu of ‘punchy Asian street food flavours’.

According to ‘Wikipedia’ “fusion food has become very popular as it offers culinary adventures based on unique and distinctive tastes, to the mainstream culinary culture. Food Fusion is a form of cooking that combines contrasting culinary traditions or techniques into a single dish. In Australia, due to the increasing influx of migrants, fusion cuisine is being reinvented and is becoming increasingly the norm at numerous cafes and restaurants, with Modern Australian Asian-fusion restaurants like Tetsuya’s in Sydney ranking highly in The World’s 50 Best Restaurants.”

END_OF_DOCUMENT_TOKEN_TO_BE_REPLACED 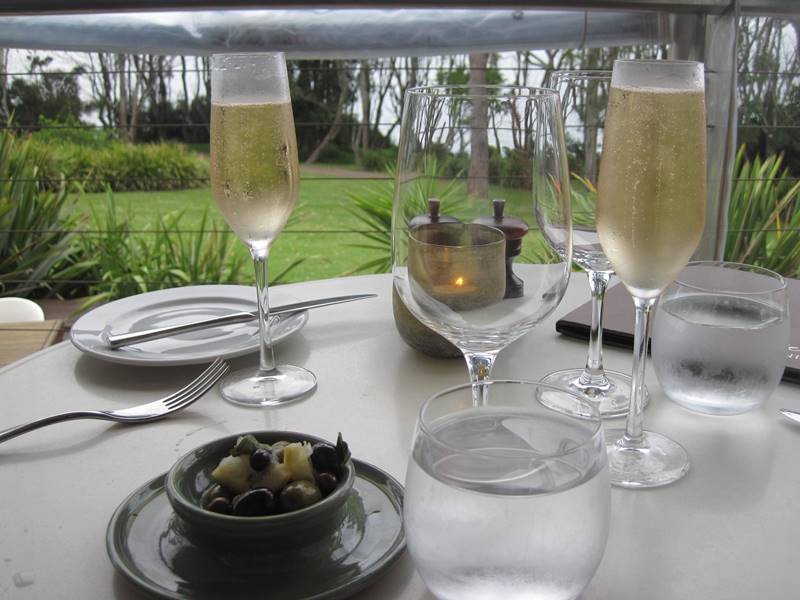 Internationally acclaimed restaurateur Rick Stein chose the idyllic Bannisters Headland at Mollymook on the NSW South Coast to be the location for his Australian restaurant. Here he focuses on the abundance of freshly available NSW South Coast seafood. His menu highlights the unique seafood dishes that include king fish, trevally, snapper as well as local oysters, superb prawns, calamari, scallops and cray fish. Its not unusual to also have dishes on the menu utilizing his Asian culinary influence.

Foodies from a variety of countries across the globe make the Rick Stein restaurant a destination when in Australia, as do the local Aussie foodies from inter and intrastate.

END_OF_DOCUMENT_TOKEN_TO_BE_REPLACED

Summary: Award winning Cupitt’s Restaurant has been described as elegant in their use of fresh, local and seasonal produce that results in full French/English  flavours.

Website: www.cupitt.com.au  Check their web site for opening hours for tours, wine tasting and both casual and restaurant dining.

2017 and 2016 ‘Business of the year’ Milton Ulladulla Business Awards

END_OF_DOCUMENT_TOKEN_TO_BE_REPLACED 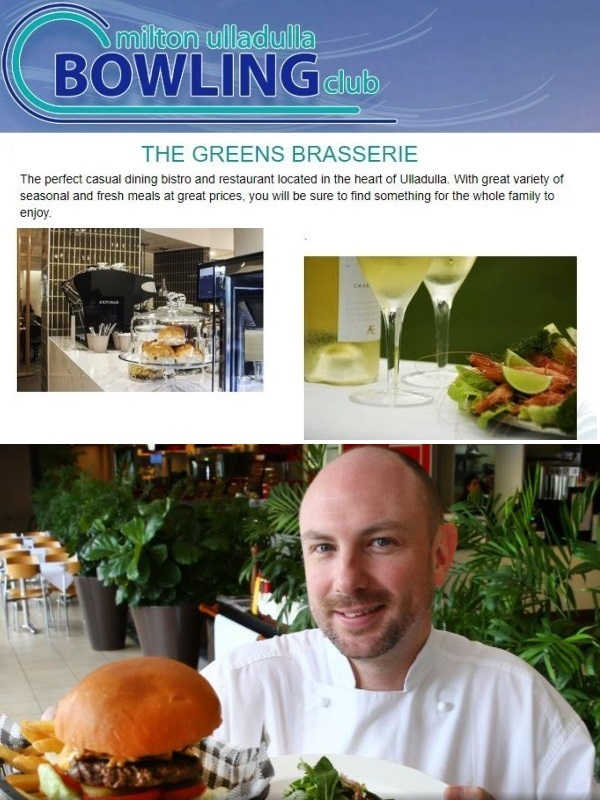 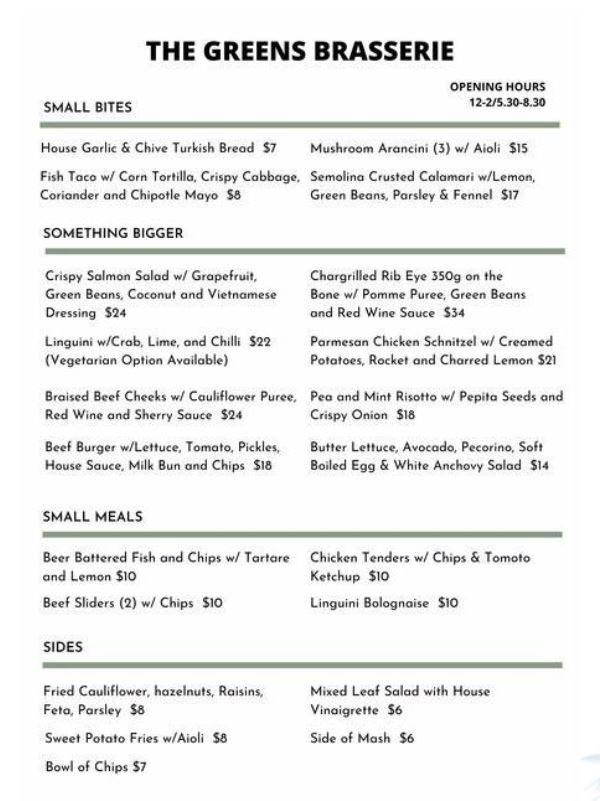 Menu at the Bowling Club

Highly acclaimed chef Ryan Smith has taken charge of the bistro and restaurant at this Bowling Club. Originally from South Australia, Mr Smith lived and worked in London from 2004 to 2012 including as part of an event catering team that cooked for celebrities and royals. He also worked in a two-star Michelin restaurant as pastry chef and was part of the opening team for Bill Granger’s London restaurant in Notting Hill. He came back to Australia in 2012 where he continued with event catering including a Mother’s Day lunch ­organised by Miranda Kerr.

END_OF_DOCUMENT_TOKEN_TO_BE_REPLACED

Bird Life in the local area’s of Nyngan, Trangie, Narromine, Dubbo and Wellington 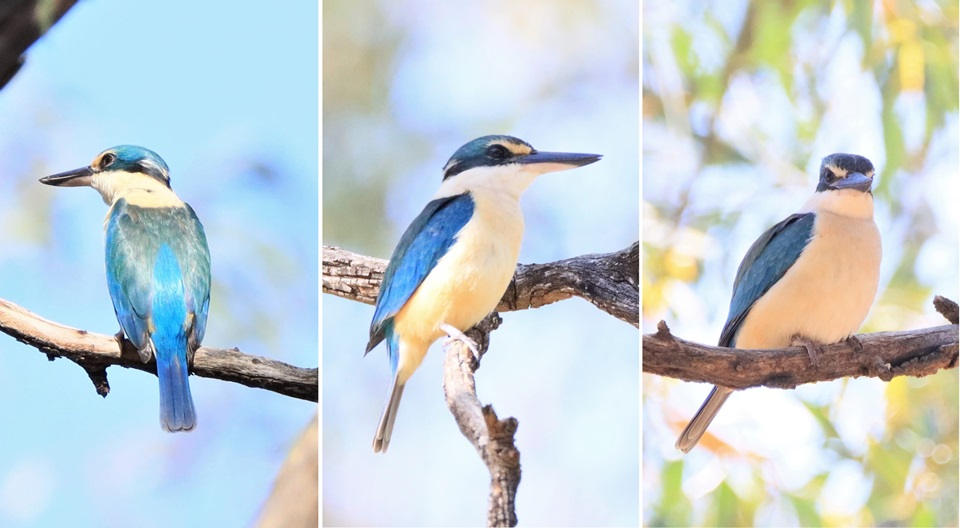 Images of the ‘Sacred Kingfisher’ at Nyngan

The ‘Bird Life’ captured in these images were taken on the latter part of the Mollymook swimmers Western NSW tour, specifically at Nyngan, Trangie, Narromine, Dubbo and Wellington. Prominent in the stories and advertising relating to these specific area’s was the ‘Sacred Kingfisher’ bird. I had never heard of, nor seen this particular bird before. My first stop on this section of the trip was at Nyngan. Nyngan is a rural centre situated on the Mitchell Highway astride the Bogan River on the eastern edge of the Great Outback and has some beautiful river walks and park land on both sides of the Bogan. I spent about an hour at this location early to mid morning. The bird life was quite prolific and as I was finishing photographing and wandering back to my car there sat on my vehicle’s outside rear vision mirror this magnificent coloured bird. So pretty! It soon took off and parked in one of the nearby trees where I was able to get a variety of images as per the above, of this ‘Sacred Kingfisher’.

Wikipedia: “The sacred kingfisher is a medium-sized woodland kingfisher that occurs in mangroves, woodlands, forests, and river valleys in Australia, New Zealand, and other parts of the western Pacific”.

I wish to credit Charles Dove for his help in identifying some of these birds. He has been very helpful in getting me started in the photography of ‘Bird Life’.                   (Click on images to enlarge)

END_OF_DOCUMENT_TOKEN_TO_BE_REPLACED

Another incredible day, a visit to this majestic National Park that ought to be on most peoples ‘Bucket List’.

The Mutawintji National Park,  is located in the Far West region of New South Wales. It is approx. 170,290 acre in size and situated approximately 880 kilometres west of Sydney. It is rugged and dissected by colourful gorges, rockpools and creek beds lined with red gums. Scattered among the caves and overhangs are Aboriginal rock art and engravings. There are eight major walks, each with there own uniqueness. Cheryl chose the the Mutawintji gorge walk. Each walk varied in length and time, but generally each varied from 2 hours to say 4 hours with one particular historic walk only possible with an Aboriginal guide. You could camp in the area and do a number of walks over a few days if you were so inclined. (Thanks Cheryl, a marvellous choice)

Besides the Mutawintji National Park, the Mollymook Ocean Swimmers later travelled to White Cliffs, and the following day to Wilcannia and then Bourke.