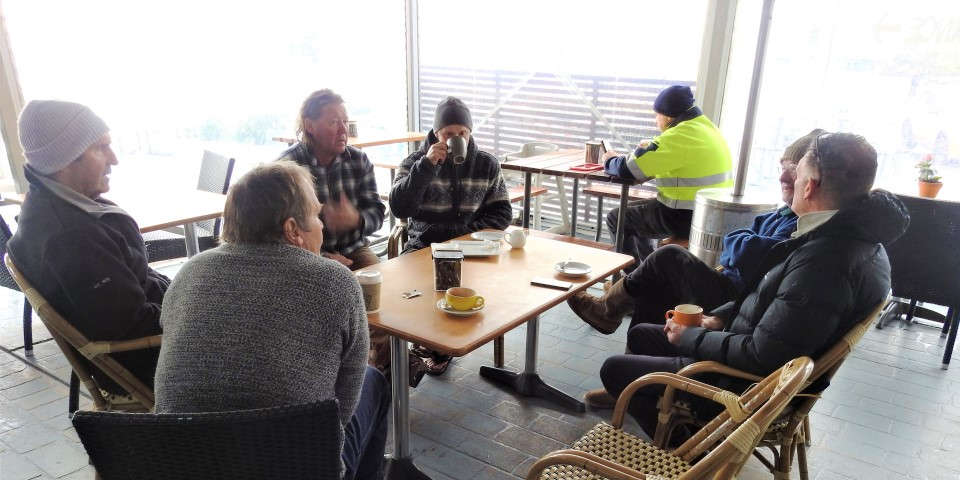 Inside out of the rain, next to the gas heater enjoying a well earned coffee

Following no worthwhile rain in months, the heavens opened during the night and down came two inches of rain. Still raining in the morning, these tough ocean swimmers braved the elements to enjoy their morning exercise followed by a well earned coffee / cup of tea. Appreciating the idyllic lifestyle enjoyed here in Mollymook, talk soon turned to the rich and famous.

END_OF_DOCUMENT_TOKEN_TO_BE_REPLACED

Mollymook Ocean Swimmers with Claire at her send off

Lovely people are always welcomed by the Mollymook Ocean Swimmers. Such was the case with young Claire who hails from West Berlin in Germany. Having completed her work commitments caring for some young Aussie kids in her ‘gap’ year between high school and Uni studies, she now plans to travel with some girl friends up the east coast to Cairns, then across to Darwin and hopefully spend some time exploring the Kimberleys in W.A. A precious young lady who only learnt to swim freestyle back in March 2019 and then competed in the April 2019 Mollymook Ocean Swim.