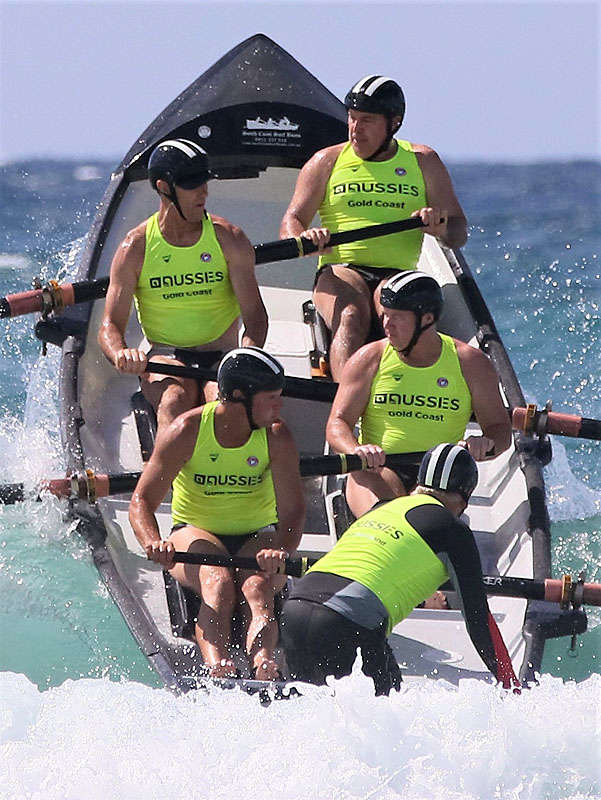 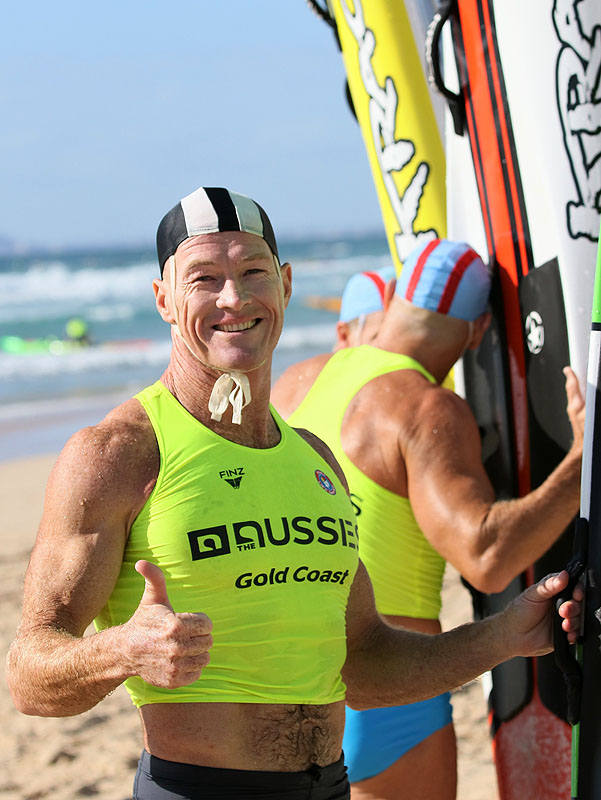 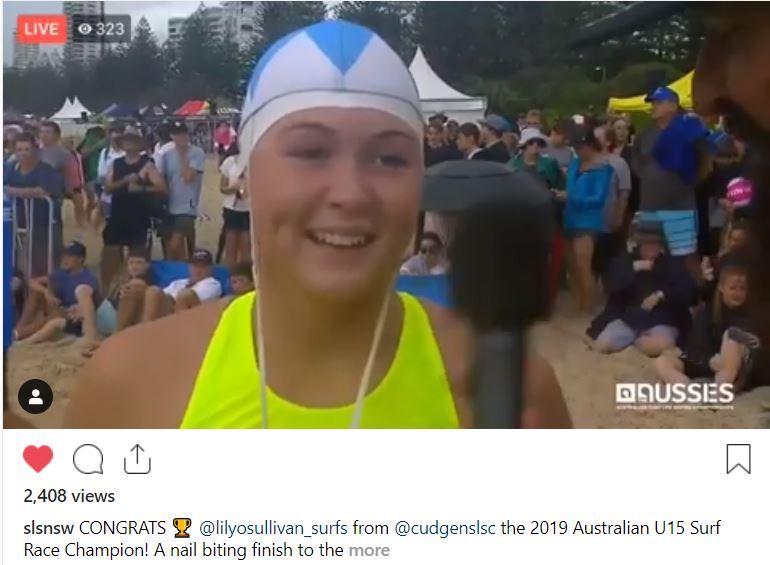 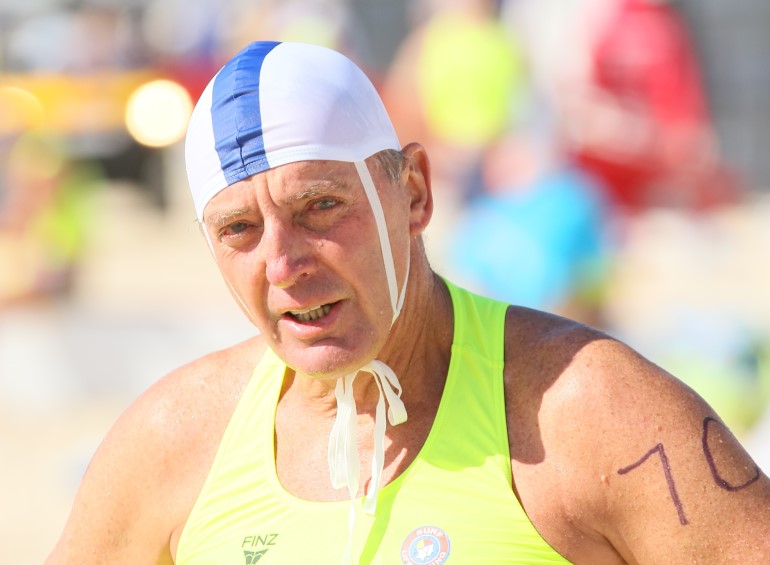 Lily O’Sullivan of the Cudgen SLSC won GOLD in the U/15 Female Surf Race & Board Race at these 2019 Aussie surf titles.

Jeff Banks of the Thirroul SLSC won GOLD over 70’s Surf Race, Board Race & Iron-man at these 2019 Aussie surf titles.

Legends, a bit of Nostalgia 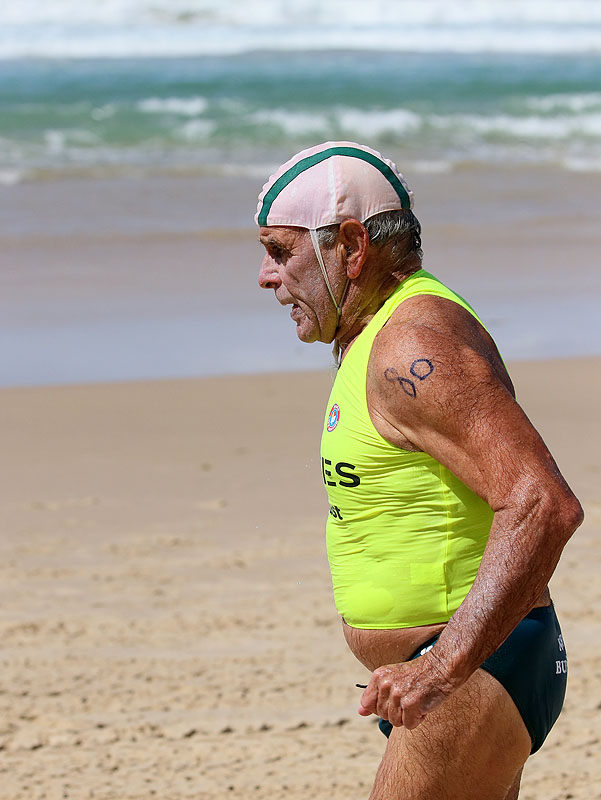 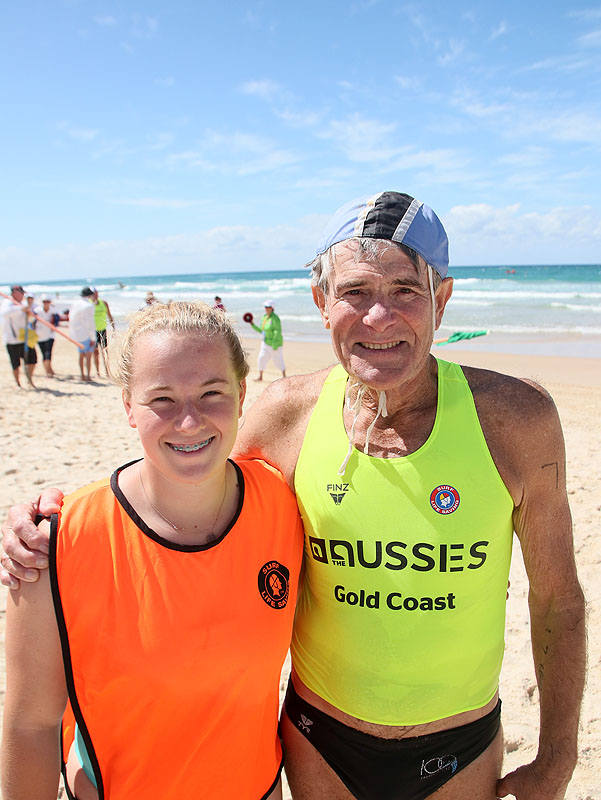 Neville De Mestre formerly of the Wollongong SLSC introduced himself and said that he was an adult in the Wollongong club and remembered when Ken Banks turned up as a kid and began competing aged 14.

Alan Metti, Cronulla SLSC pictured with his grand-daughter Emma who was his craft handler in the iron-man event. Alan and his son are friends with local Isabel Zsanto, herself a former Cronulla resident. 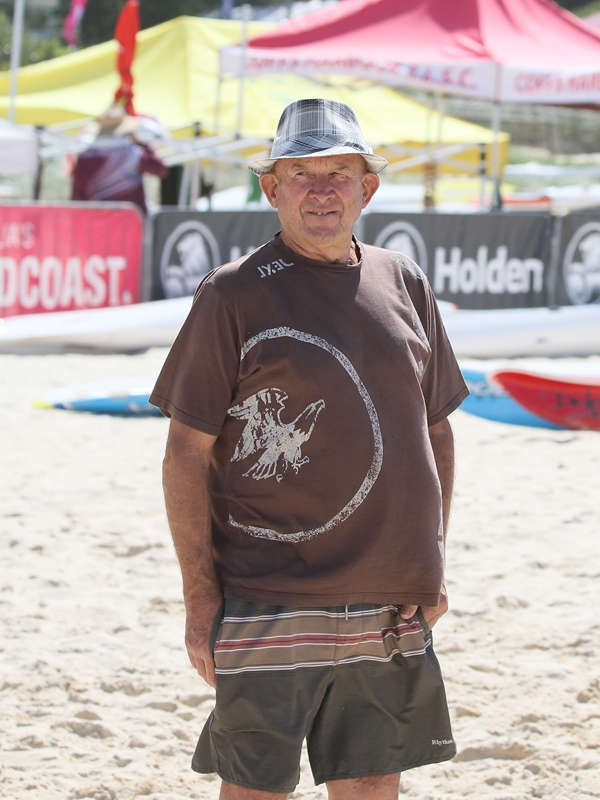 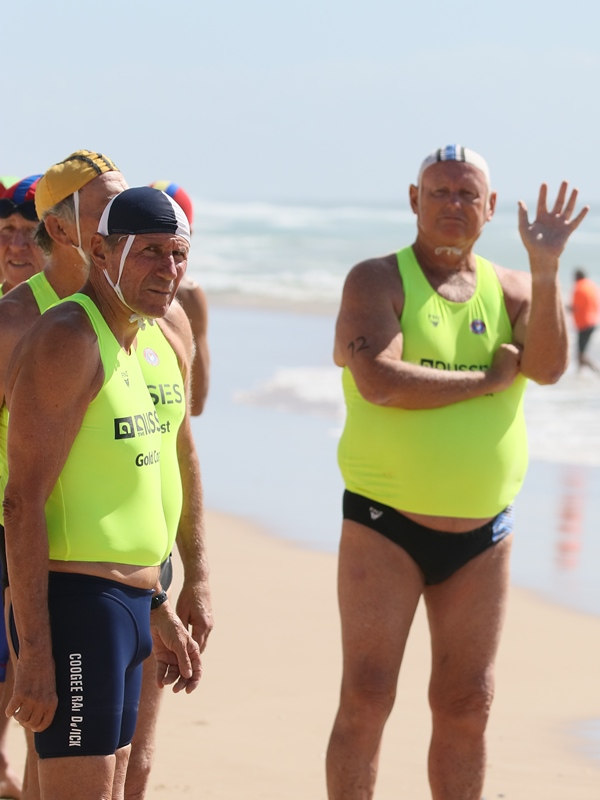 John Mercer introduced himself and said he remembers competing against Ken Banks at the NSW State surf titles held at the Tathra Beach as well as on many other occasions during the late 50’s and early 60’s.

Cyril Baldock swam the English Channel at age 70. He completed the gruelling 34 km marathon in 12 hours 45 minutes. Len Harris gives a wave. As youngsters back in the late 50’s and early 60’s he was almost unbeatable winning State and Australian titles during his junior days.

Memories! And each are here at the 2019 Aussie Surf titles, still competing in their mid to late 70’s, whilst Neville is 80.