The 2017 Mollymook Ocean Swimmer of the Year 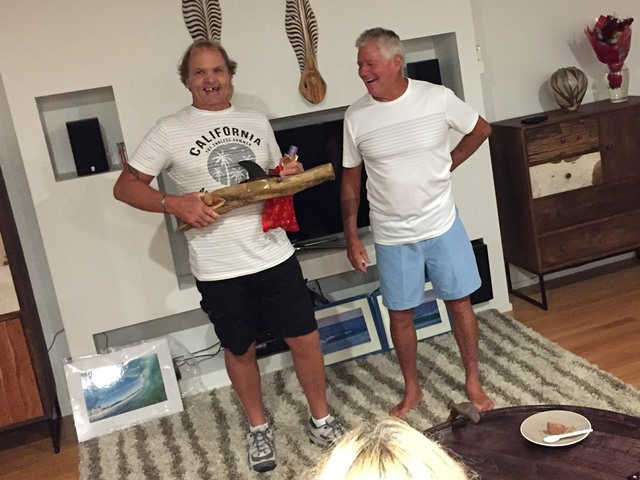 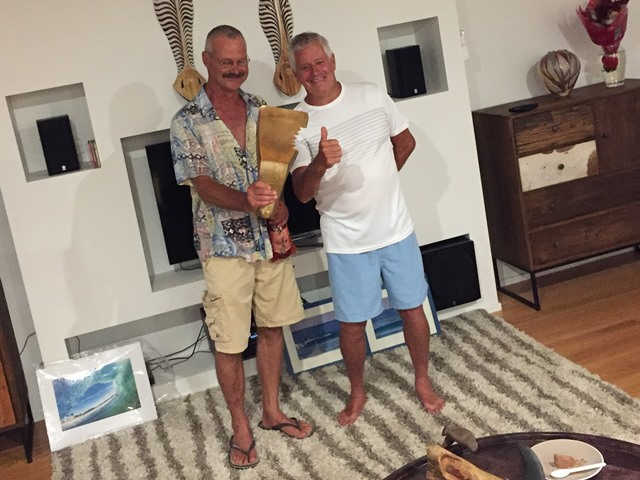 Mollymook Swimmers gathered at Jan and Pete’s palace (no that’s not a typo) together with founding swimmers Simone and Kim and notable visiting swimmer Carmen, husband Peter and Children Amelia and Simon,   for an absolutely unforgettable evening.

The planned cricket match was cancelled and although Pete explained this as being due to the leeches on the pitch, we suspected it might be because NZ couldn’t raise a strong enough team.

Cricket aside, the food that everyone contributed was delicious and merriment grew as eskies were emptied of their supplies.

Notable Award winners this year were:

Swimmer of the Year Award – presented to Sean for consistently swimming to reef all year without wetsuit or fins. A well earned award for our quiet, unassuming friend with a big heart.

Golden Flipper Award For The Dumbest Act  – Presented to Gary J for walking down to the swim wearing his underpants instead of his togs. This was a hotly contested award, almost taken by Garry H for his face plant in the sand while body surfing in to the beach on a day with no surf.

Disability Award For The Most Injured – Presented to Issi for keeping swimming in spite of repeated injuries, the latest being her other shoulder.  Nothing stops our Issi!!

A big thanks to Jan and Pete for hosting the party this year in their beautiful home and our designated drivers for keeping us safe and out of jail since there was an RBT point on Mitchell Parade on the way home. 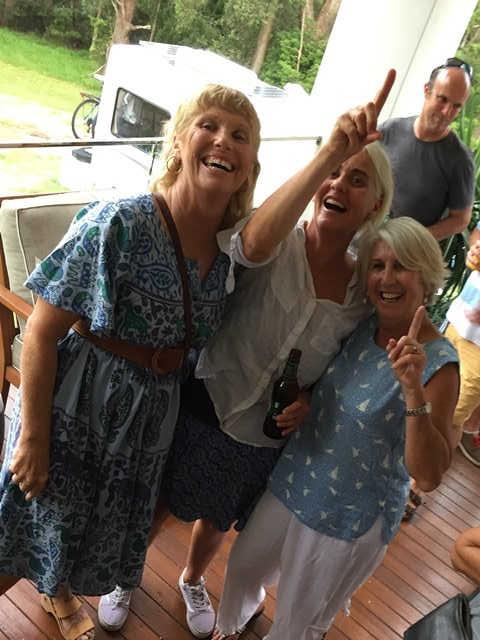 The 3 amigos reunion from yesteryear 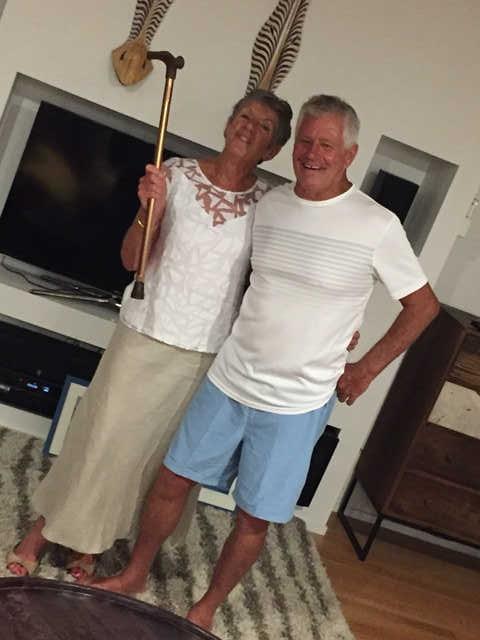 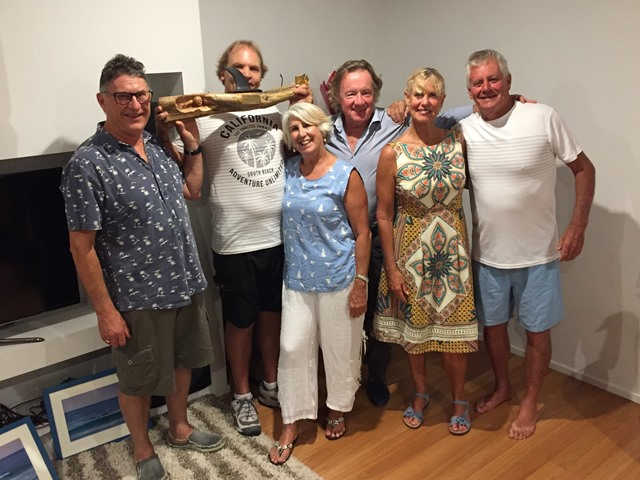 Some of the past winners 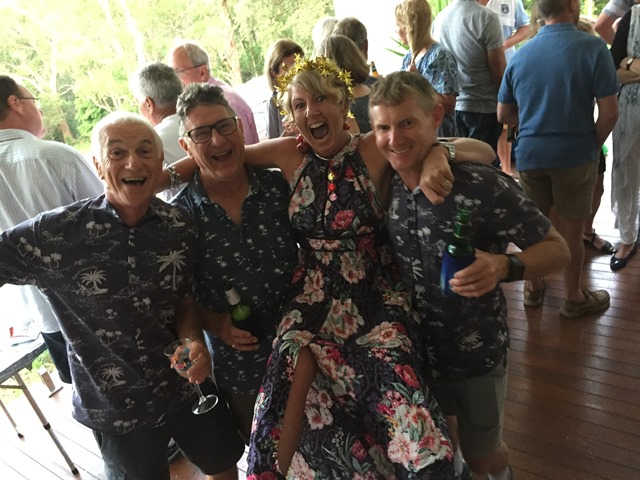 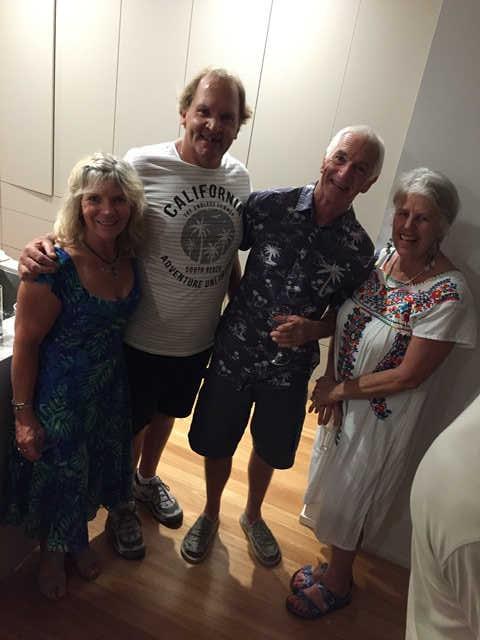 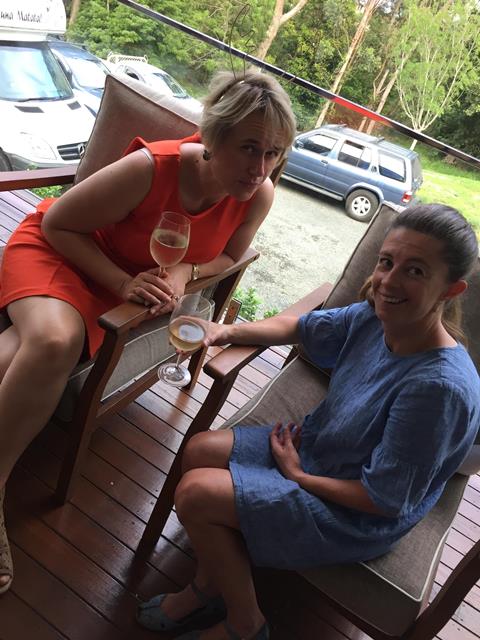 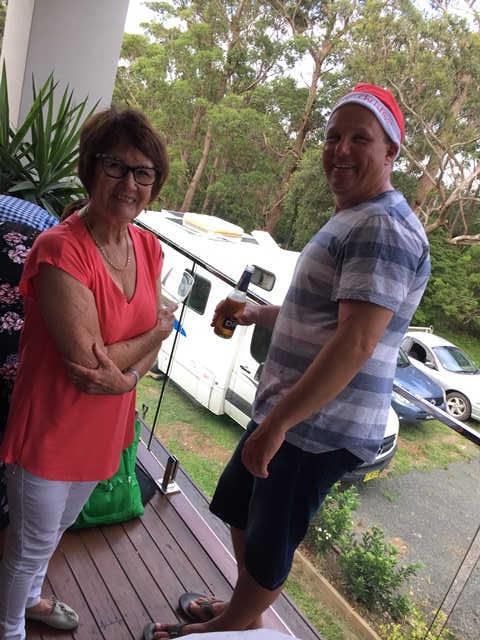 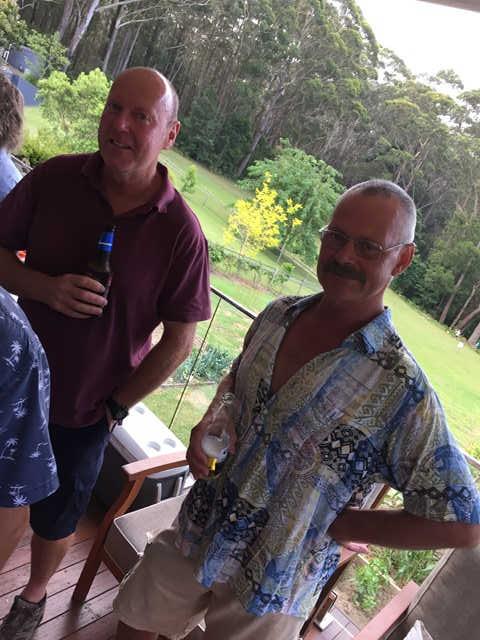 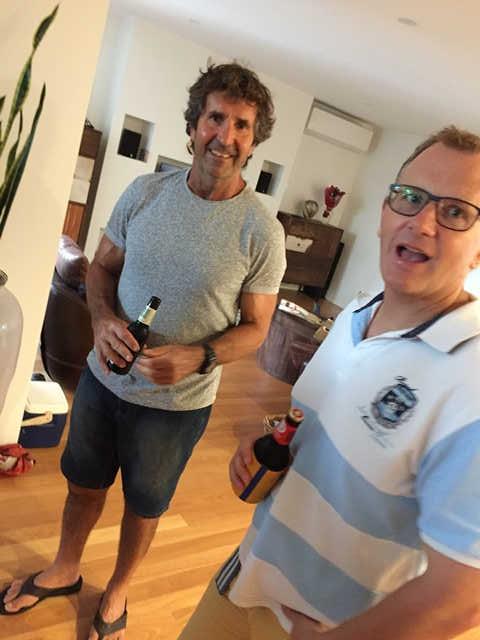 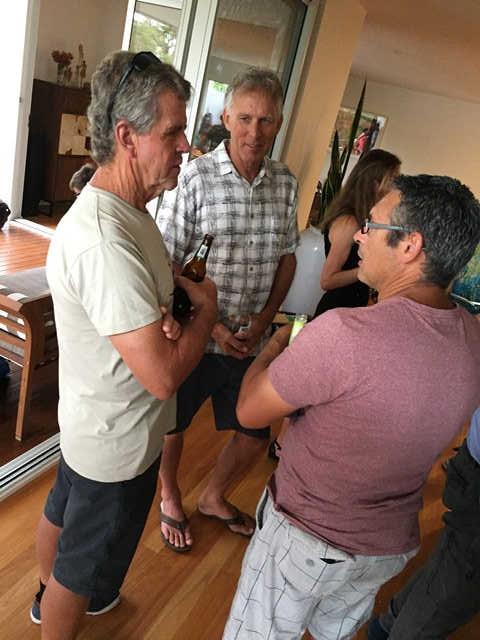 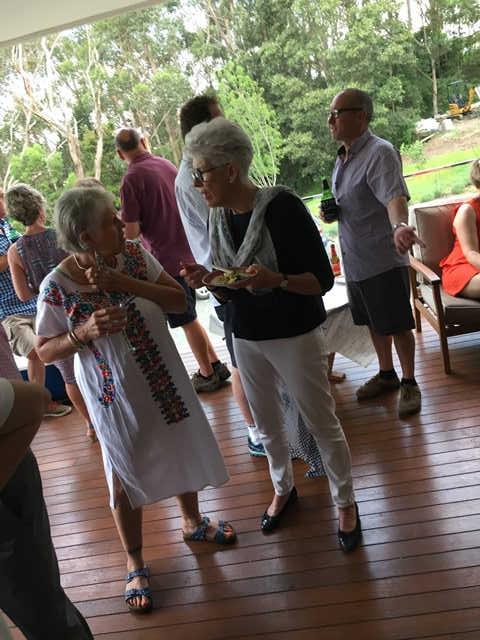 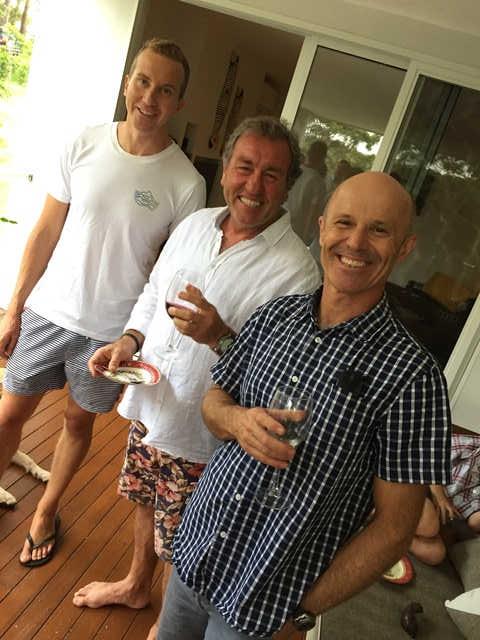 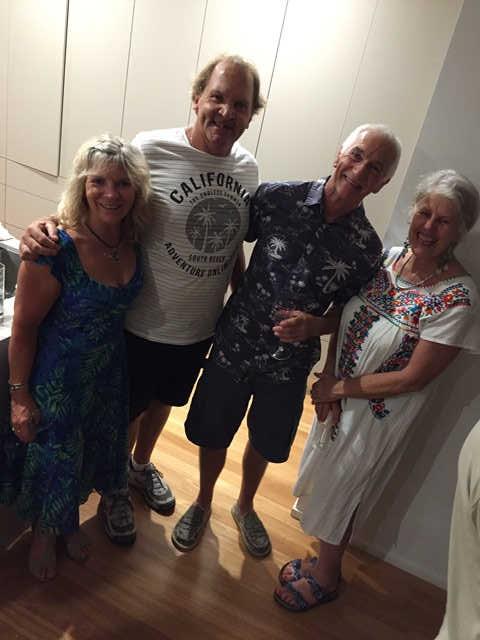 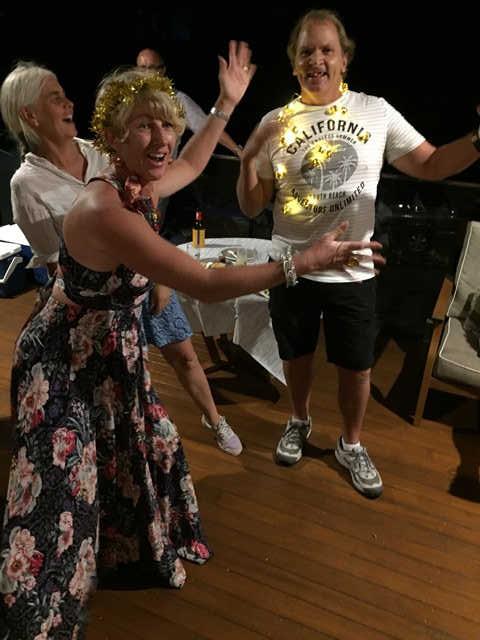 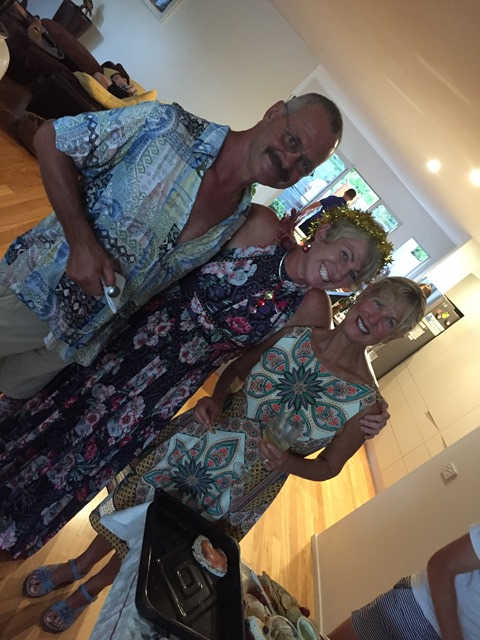 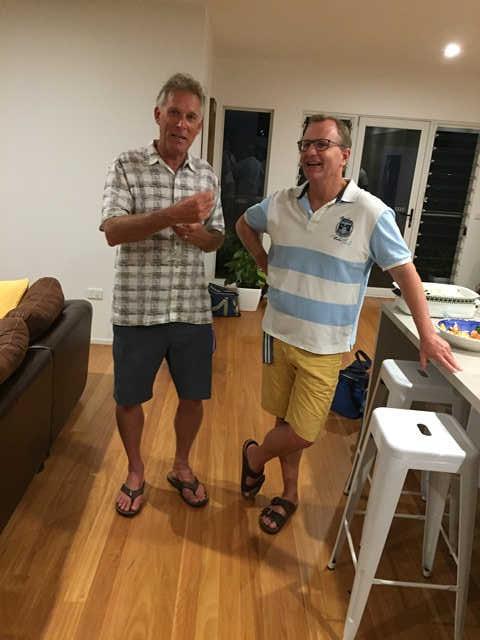