Ulladulla’s Blessing of the Fleet – Parade of Princesses 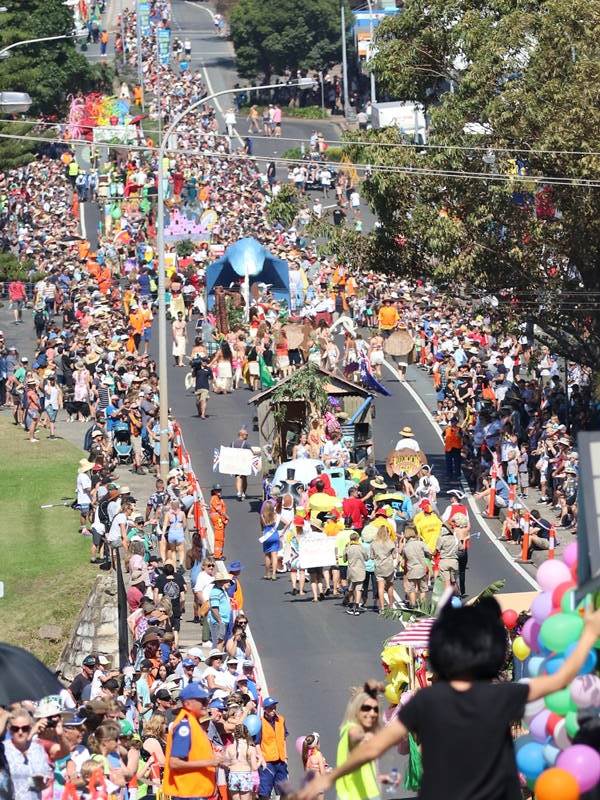 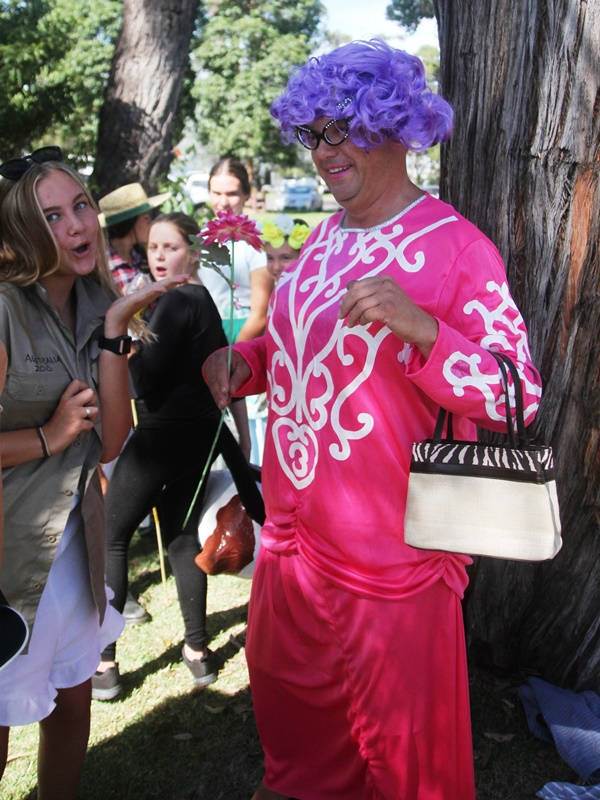 No not a Princess, just Dame Edna John being blown a kiss.

The ‘Blessing of the Fleet’ Festival began today in glorious sunshine with the Milton Ulladulla ExServo’s Club Parade. The Princes Highway was packed with an enthusiastic crowd of well wishers. A number of Scottish Bands took part in the parade among a host of floats each carrying a beautiful Princess.

The history of the Blessing of the Fleet goes back to its first staging in 1956. Most of the Fishing Trawlers decorate their boats for the ceremony which is afterwards followed by many family activities. 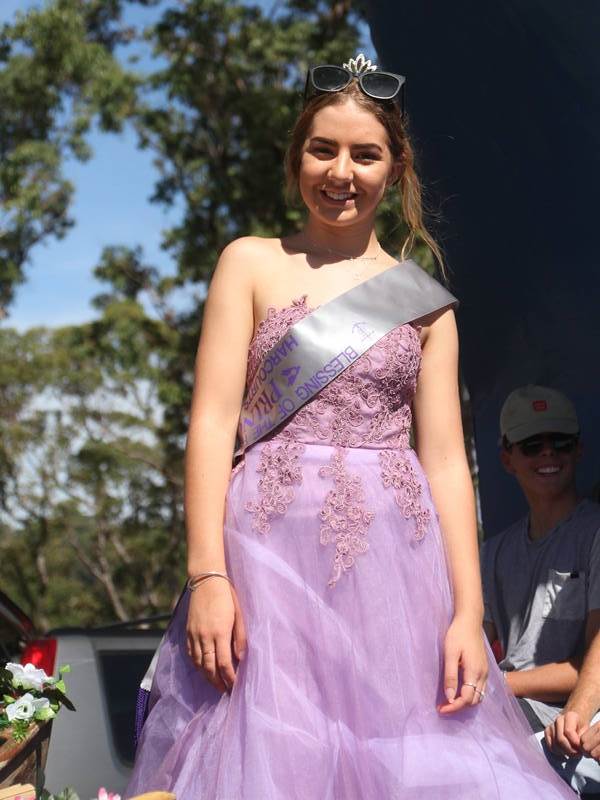 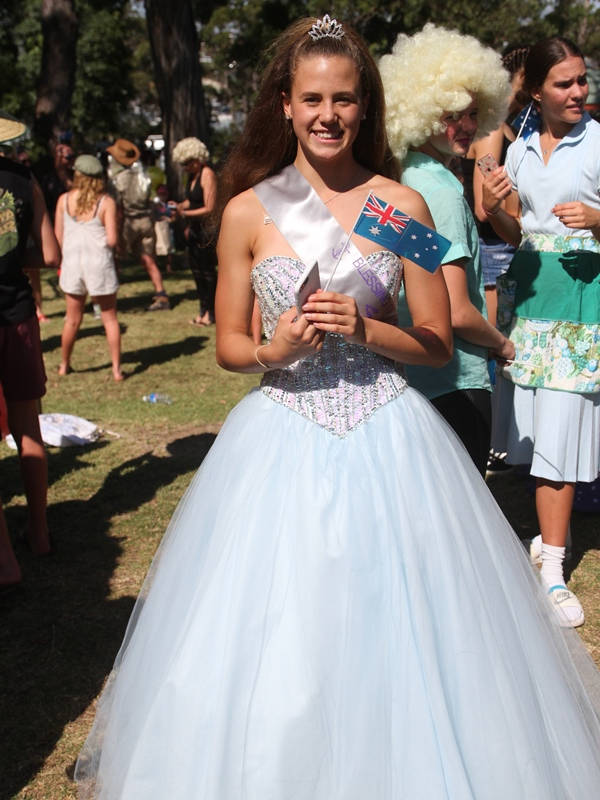 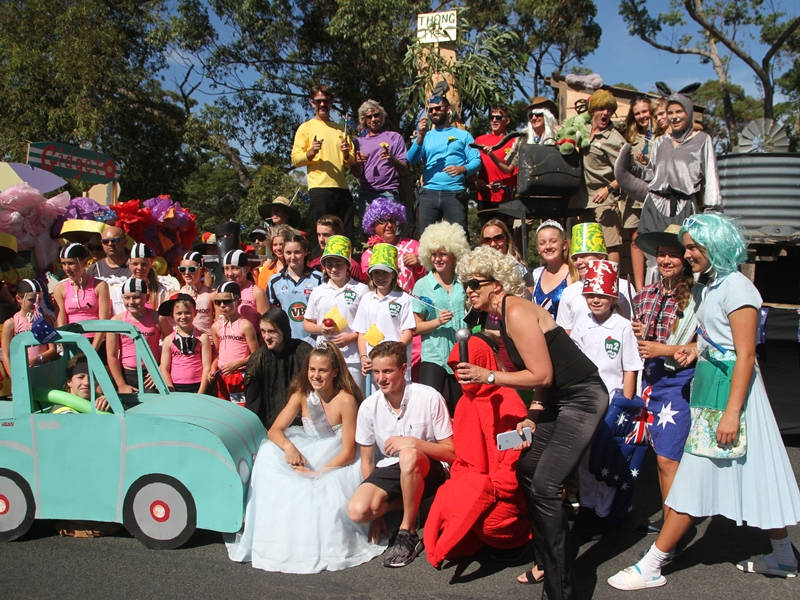 The ‘stralia’ Float with some ockers in tow 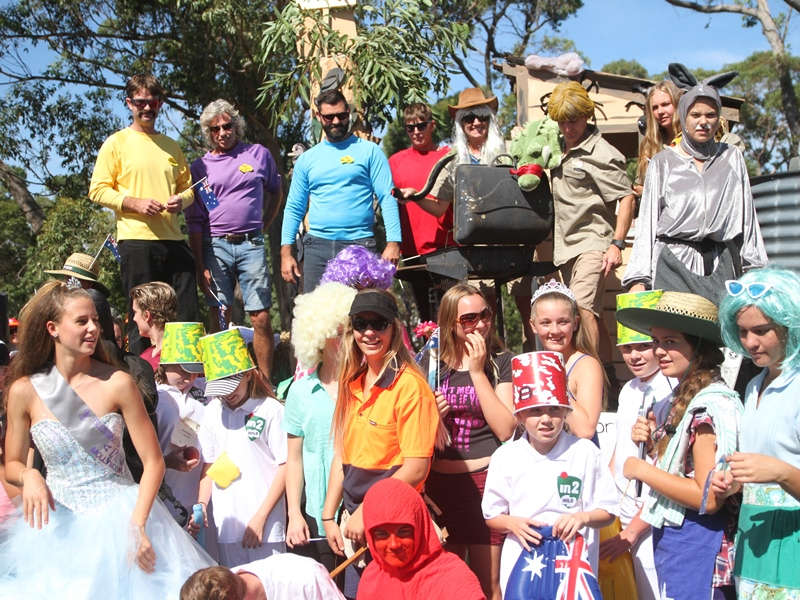 Look who got in on Danni’s parade 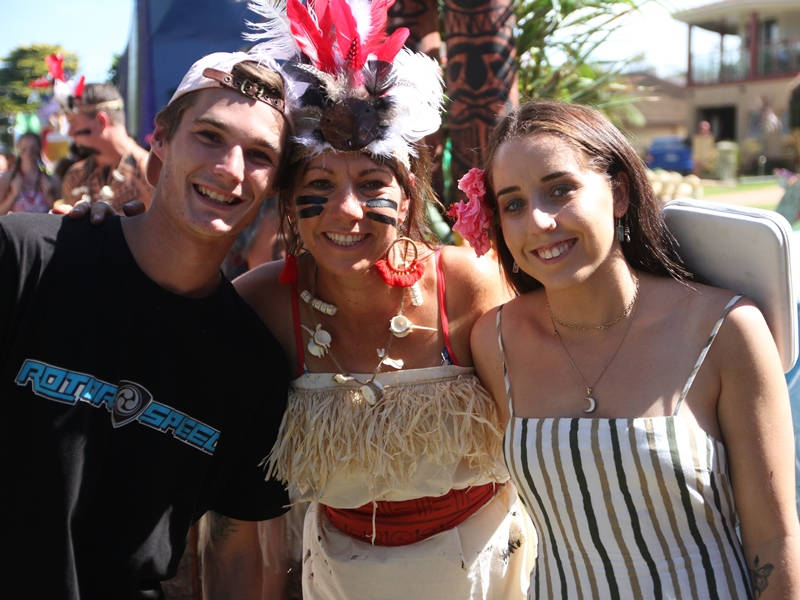 Moni, and daughter with boy friend 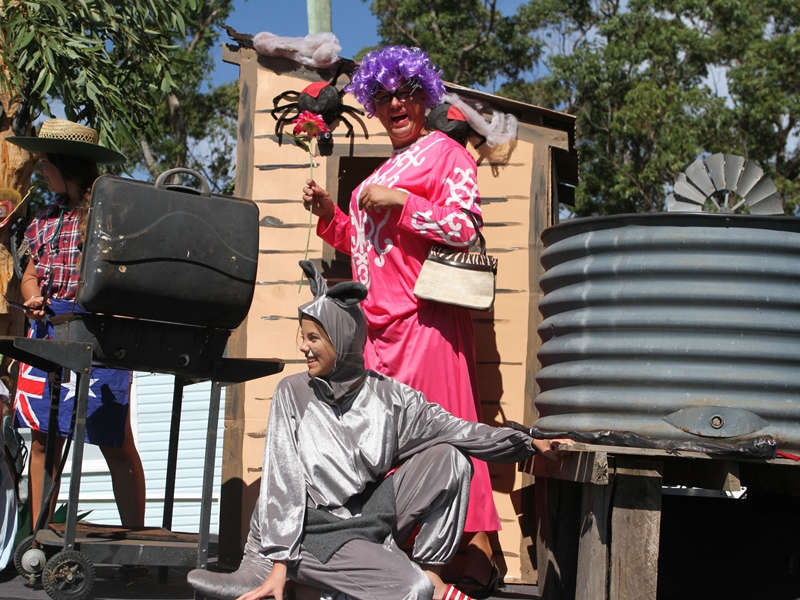 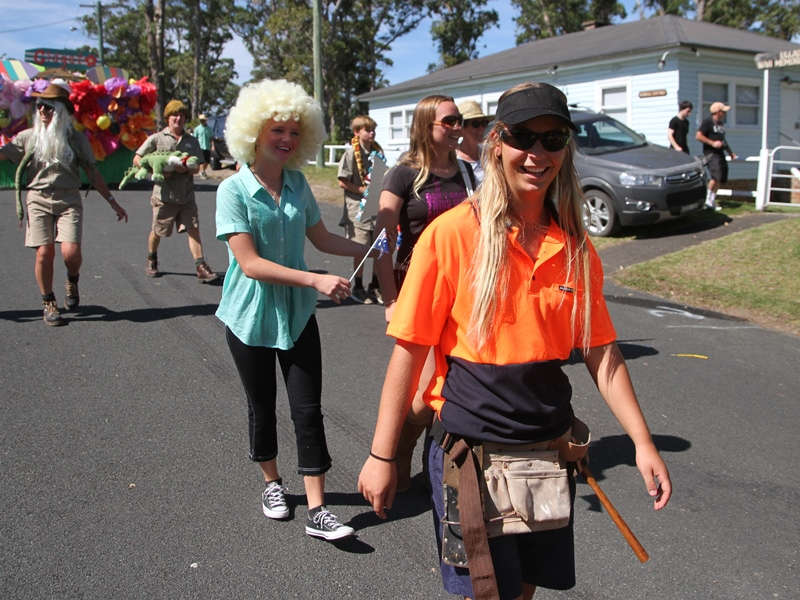 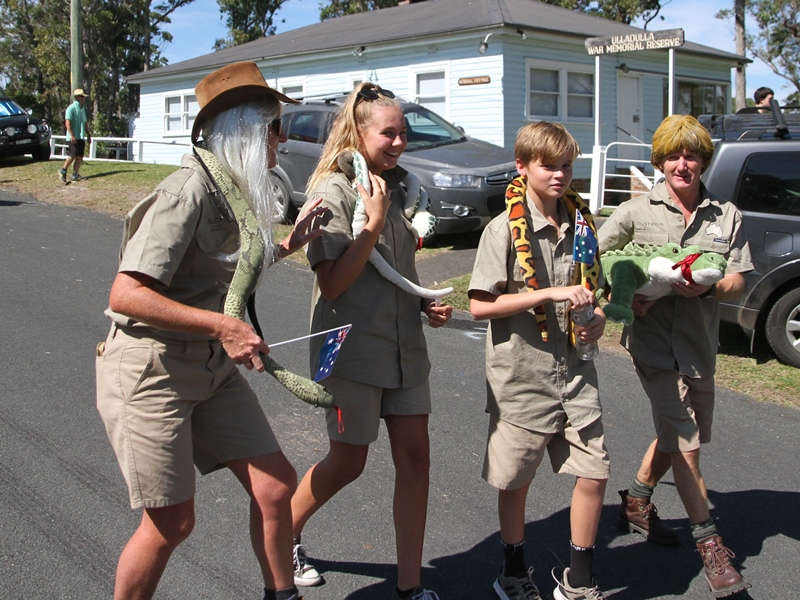 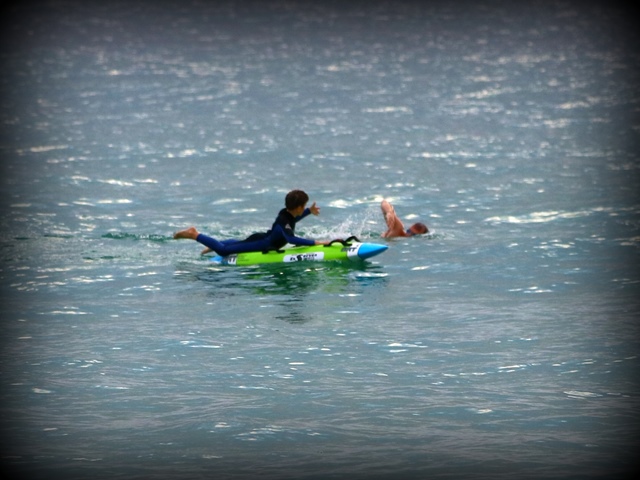 Father and son – quality time together in the ocean 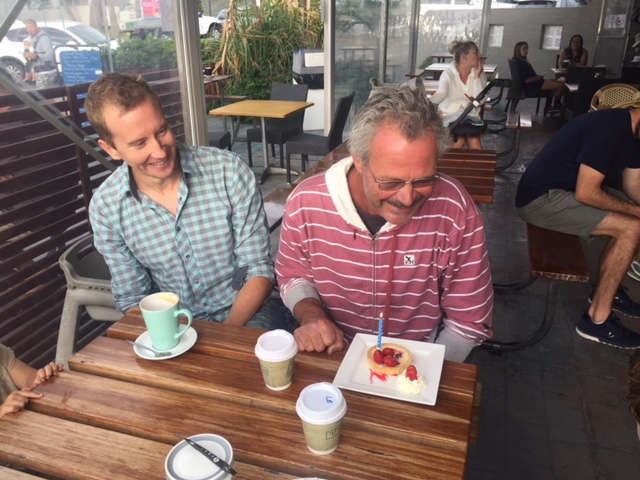 Ben reports that it was very funny on Saturday morning. Gary pretended it was not his birthday only to be outed by Katie. Thus to create even more attention the Beach Hut arranged a quick cake but obviously could not get 62 candles (probably a fire hazard anyway)  but played happy birthday over the loud speaker. No doubt Gary is spending the rest of the Easter weekend baking a cake to share with fellow swimmers. 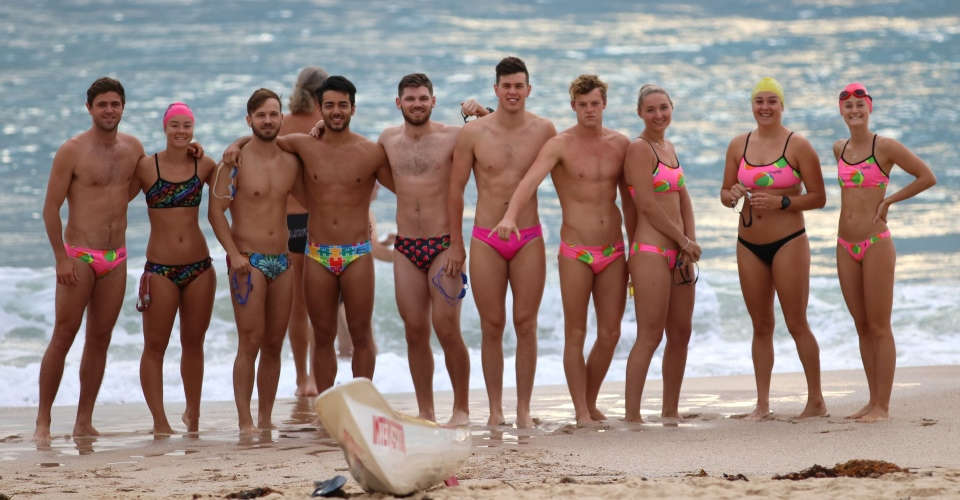 Our biggest group of visiting swimmers over Easter belonged to our 8.00 am swimmers. (Thanks Bernard even though it meant moving out of your house)