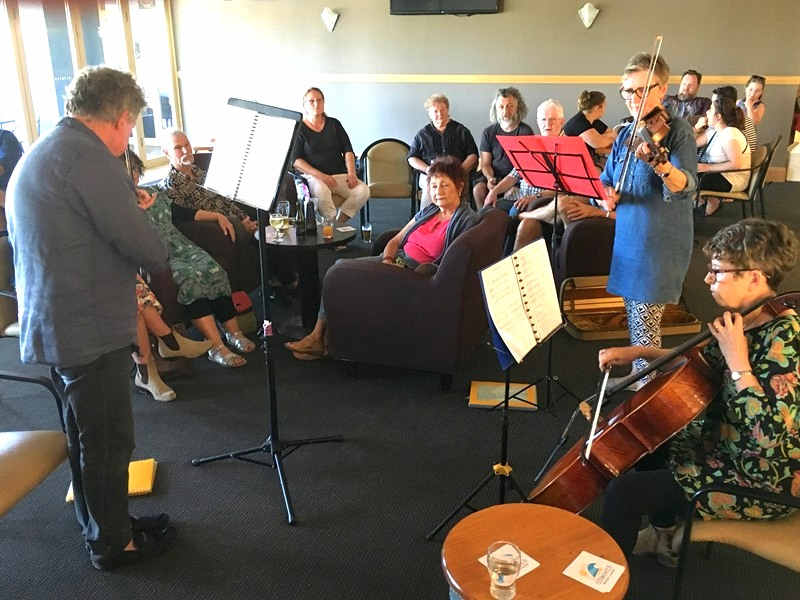 The ‘String Bags’ Raymondo & Jan on violin with Antoinette on Cello

(An all ‘Star Cast’ that varies from week to week)

Debrief the following morning at the beach.

The Milton Entertainment Centre with performances every Monday afternoon commencing at 4.00 pm. 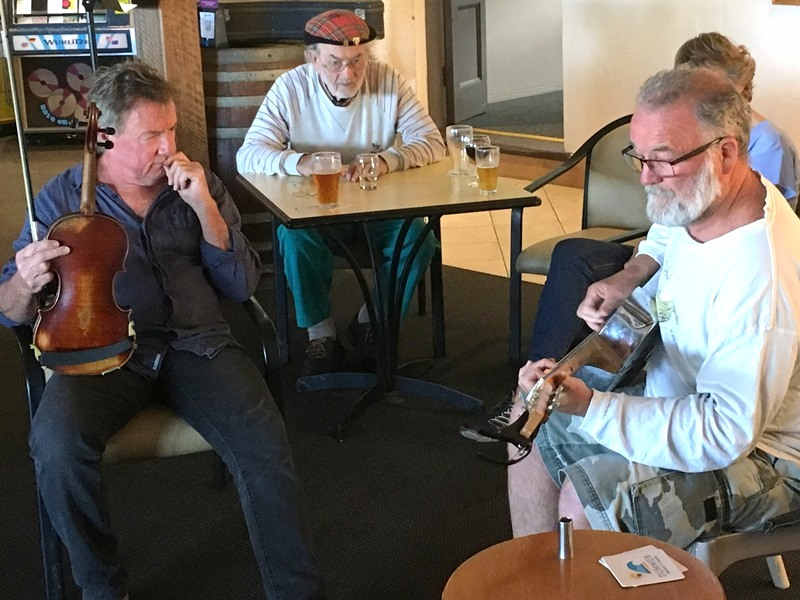 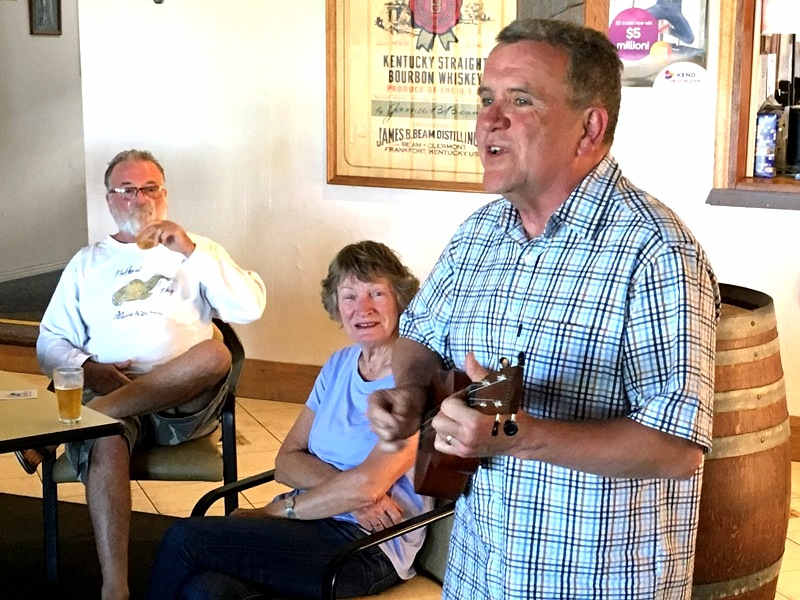 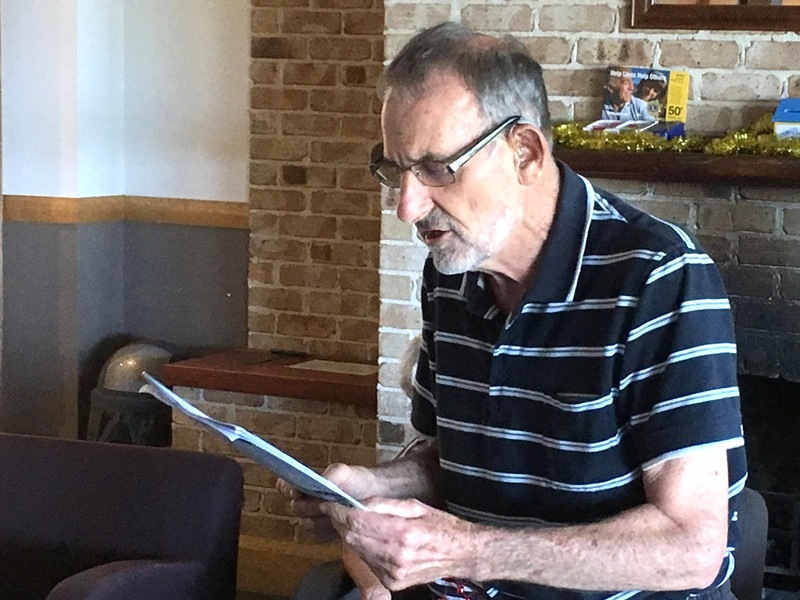 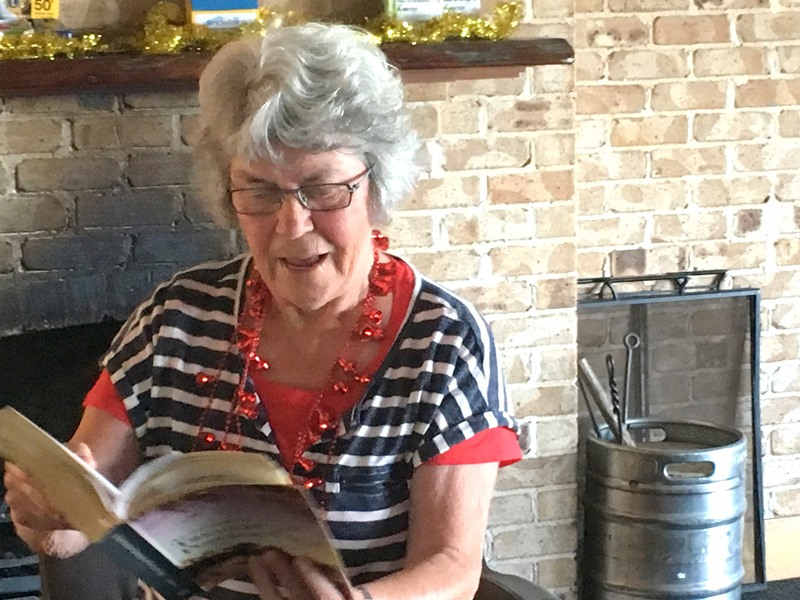 Marlene & her own Christmas poem