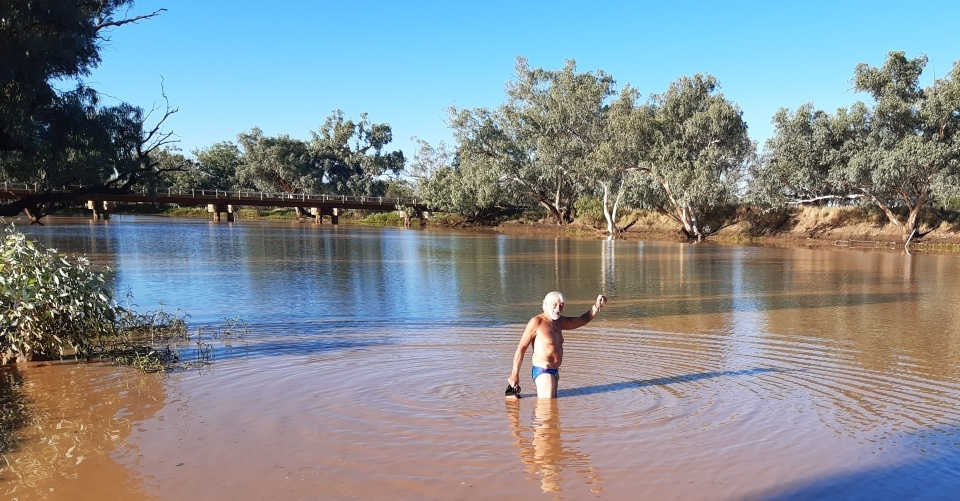 The pioneer Ocean swimmer at Mollymook in 1999, now at Charleville Qld.

John Sarich (Smeeth) who pioneered the original ocean swimmers at Mollymook is now retired in the outback town, Charleville Qld. John provides this update: “After several year’s hiatus, I’m rekindling my love for swimming. All the rivers up here are a series of permanent waterholes and only flow after good rain. The Ward River (pictured) is 25k west of Charleville. It is a great spot for open water swimming and I have it all to myself during the week. Had a mate take some pics and video so I could check my stroke. Its Looking good so its all about fitness now. I wear fins because the water is black underneath the surface, have a look at the water coming off my hand in one of the pics. Also wear fins in case I throw my arm over a snake. These days I’m always swimming on my own. I do miss the ocean, but am loving my life. Take care, guys, catch up soon. Ciao. John” (A couple of more pics below)

END_OF_DOCUMENT_TOKEN_TO_BE_REPLACED 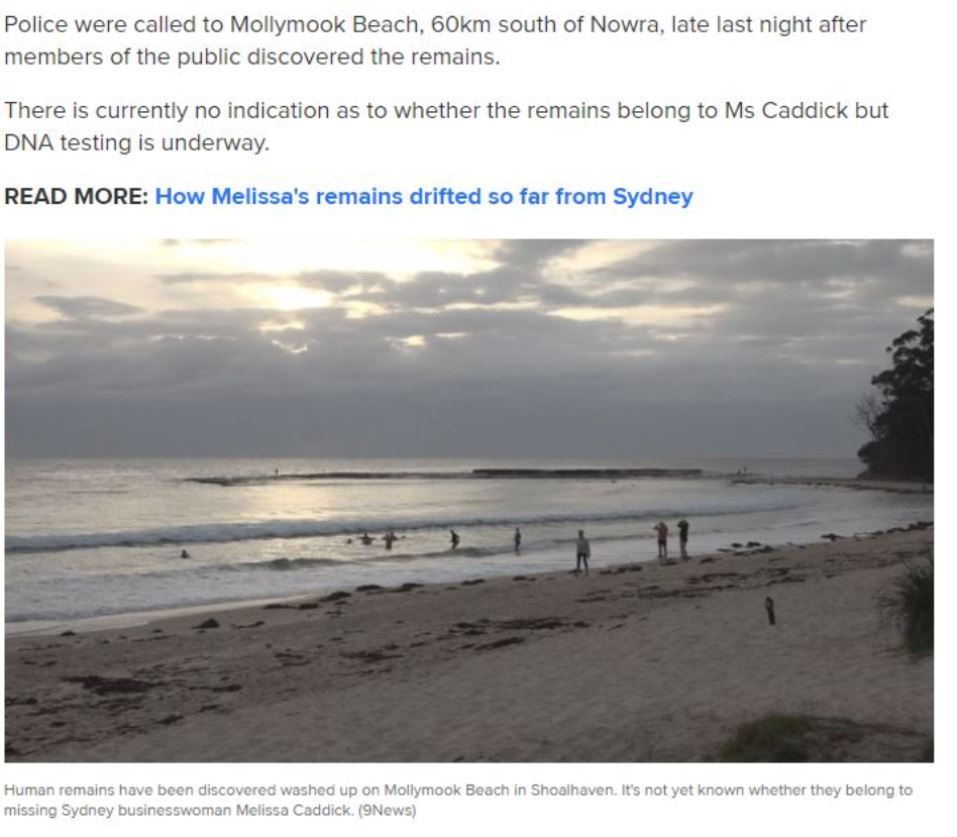 Tim sent through this news item that may appear on tonight’s Channel 9 news which includes a pic of our morning swim group. Tim and Father Pete are at the rear getting ready to enter the water. Can click on this link to read the news item: Mollymook Beach

END_OF_DOCUMENT_TOKEN_TO_BE_REPLACED 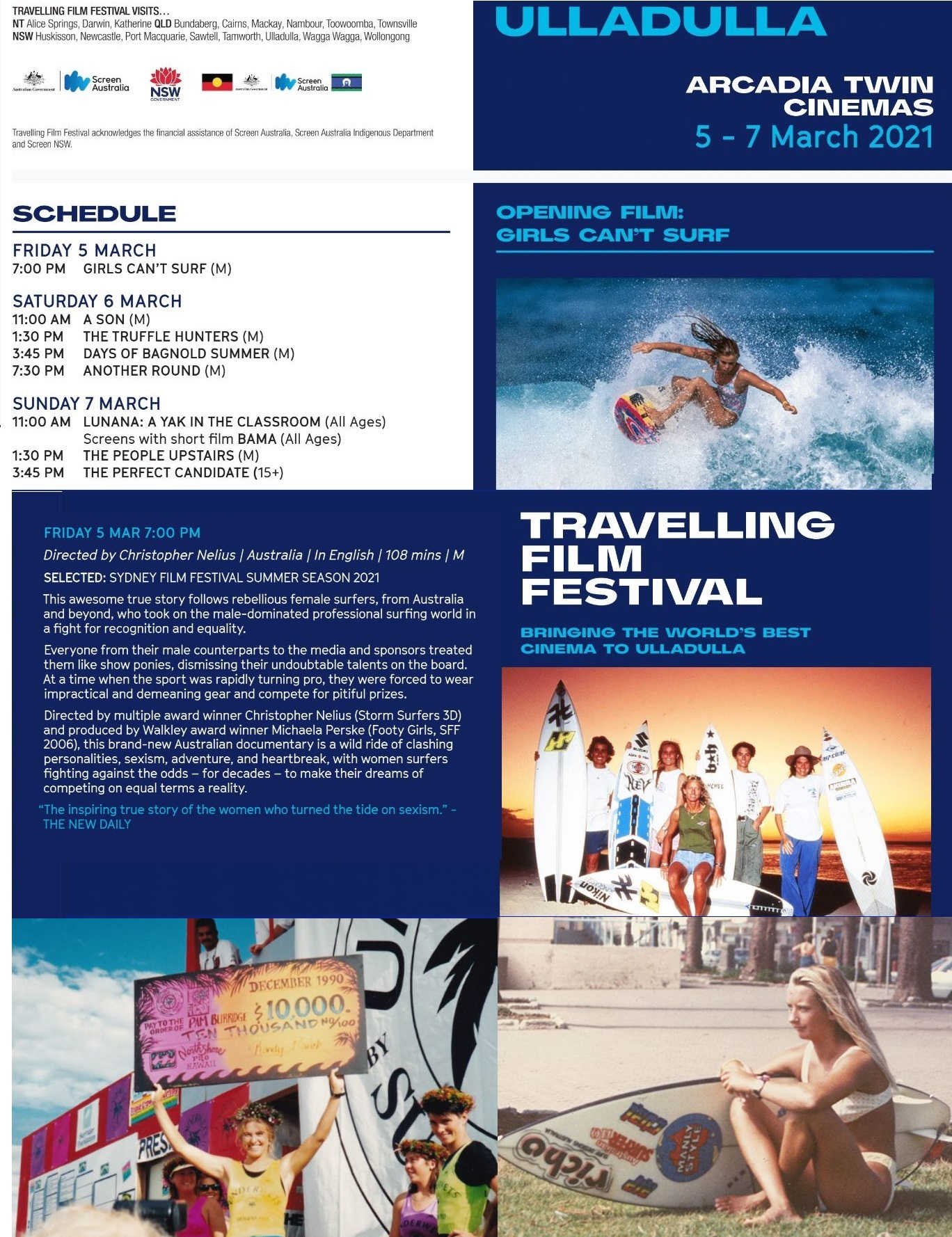 Patrons will get to watch on the big screen, the local premieres of all the extraordinary films on our program, said Sanam Rodrigues, Travelling Film Festival Manager.

Headlining the programme is Girls Can’t Surf, the brand new Australian documentary, an awe-inspiring true story that follows rebellious female surfers, from Australia and beyond, who took on the male-dominated professional surfing world in a fight for recognition and equality. Special guest for the night is World Champion Surfer and Mollymook local, Pam Burridge, who will stay for a Q&A after the film on 5 March, 7pm. Other stories from around the globe include Nordic Director Thomas Vinterberg’s award winning film Another Round, featuring the superb Mads Mikkelsen (The Hunt, Hannibal); Sundance Film Festival’s Italian story The Truffle Hunters; A Son, winner at Venice Film Festival and set in Tunisia; plus Lunana: A Yak in the Classroom, direct from Berlinale 2020, this gem from Bhutan was beautifully shot in the high-altitude peaks of the Himalayas. Also included in the program is TFF’s box office hit, The Perfect Candidate, directed by Saudi Arabia’s first female director Haifaa Al-Mansour; and The People Upstairs, the Spanish star-studded hilarious comedy about two couples, who come together for an evening filled with shocking revelations and awkward moments.

Tickets are now on sale. Can book direct at the Arcadia Cinema or on-line at ‘Travelling Film Festival’ (https://www.sff.org.au/tff/program/ulladulla)

Patrons can watch as many films as they want and save up to 30% with a Full Subscription! Capacity is strictly limited. Program below.

END_OF_DOCUMENT_TOKEN_TO_BE_REPLACED 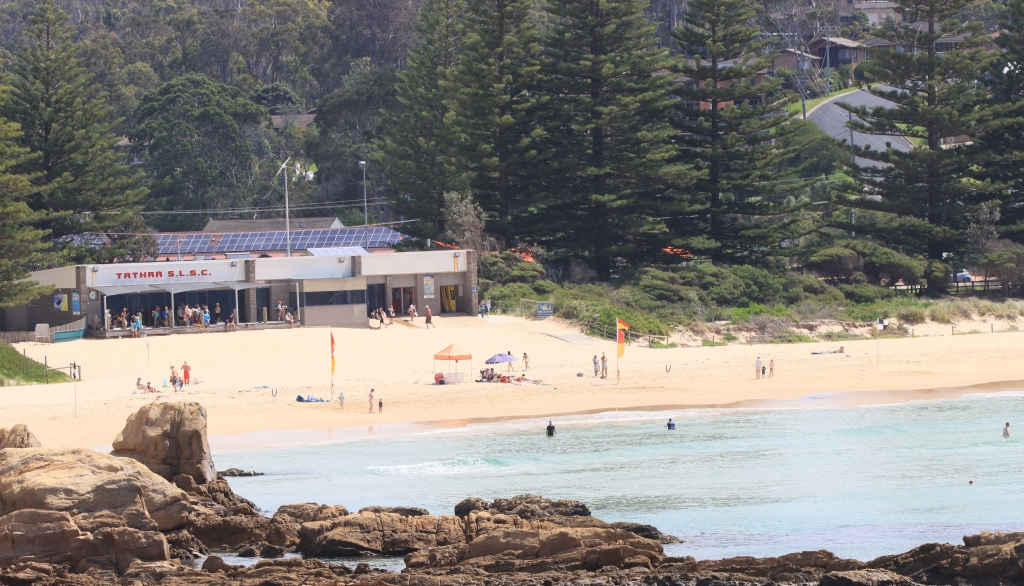 Tathra Beach, one of those hidden gems on the NSW South Coast.

Plus I had forgot to mention last week when the local surf boat crew were going out for a row there was a penguin coming up out of the water. This morning we had the company of a couple of Cronulla swimmers holidaying at Tathra, met some swimmers from Victoria. And to top it off on our ocean swim on Monday morning to the wharf  and return with about 16 other’s, we had the company of a seal. Then to the ‘Gap’ Coffee shop for beautiful coffee and socialising.

END_OF_DOCUMENT_TOKEN_TO_BE_REPLACED 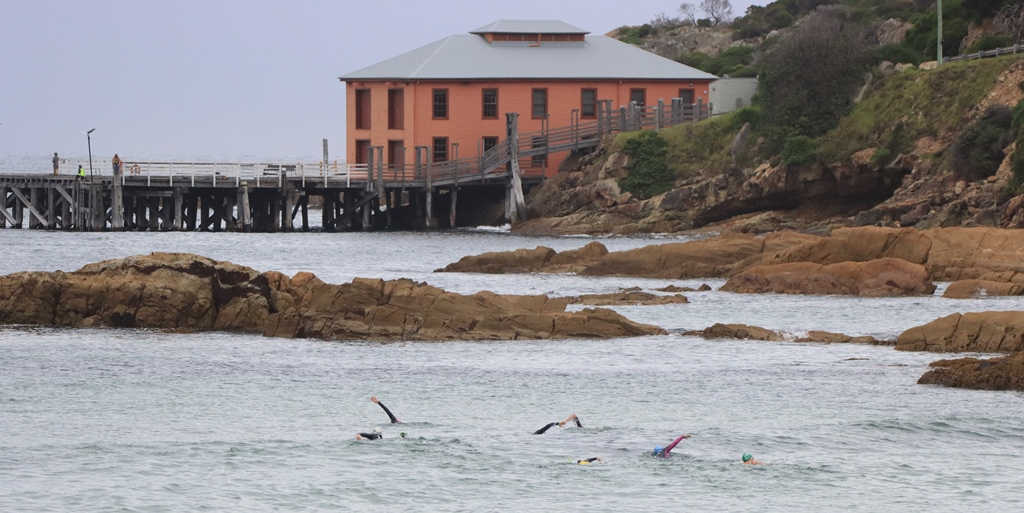 The daily routine for this gregarious group at Tathra is to begin each day with an ocean swim, usually out to the Tathra wharf and return, providing there isn’t a big swell. They begin at 8.00 am each day (I learnt not a minute before nor a minute after) with numbers varying from say 4 to as high as 30 during the holiday periods when swimmers on holidays join in from Sydney and elsewhere. The locals swim daily throughout the year with the coldest water temperature’s getting down toward 13c in the winter with the odd occasion, reaching a low of 12.5c Besides enjoying an invigorating swim to commence each day, they are also a very social group who adjourn to the aptly named ‘Gap’ café for coffee at the conclusion of their morning swim. I was made very welcome, I showed them a copy of our Mollymook swimmers book which they were very impressed with. One of the ladies (Rachel) asked “did I know Ian and Leonie?”. Yes, I responded. She went onto mention that she was also from Lockhart.

On Tuesday the water temp. was reportedly 18c, a little low for this time of the year due to the recent strong Nor-easterly winds/currents.

They swim to the wharf and return although on Thursday they took me through to the other side of the wharf. The swim is spectacular as you weave in between the rocky outcrops staying reasonable close to the steep shoreline cliffs. The sea life is quite diverse. I swam over this massive ‘Bull Ray’, I was momentarily in wonderment, ‘what was it’? We also saw a variety of sea life, so pretty! On another occasion one swimmer stopped me, waved and yelled out “did you see it”? It was another giant ray, she called out.

I could imagine how pretty and enjoyable it would be diving in these crystal clear waters with a snorkel and flippers.

The following pics, map out the spectacular journey swim as you weave in and through the various rock formations.

END_OF_DOCUMENT_TOKEN_TO_BE_REPLACED 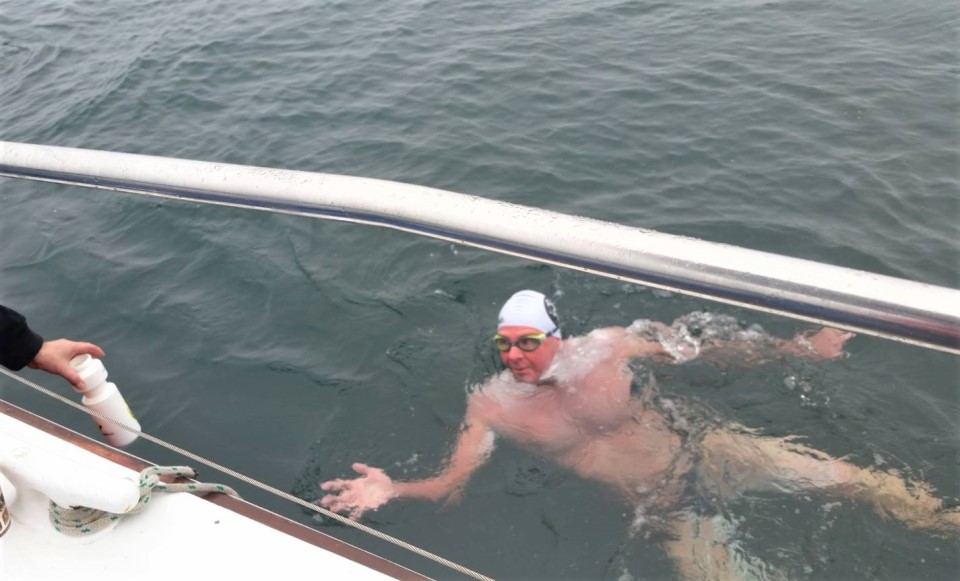 January 28, 2021 it was announced that West Australian ocean swimmer, Stephen Junk had been inducted into the Australian Marathon Swimming Hall of Fame. (Credit, Facebook pic) 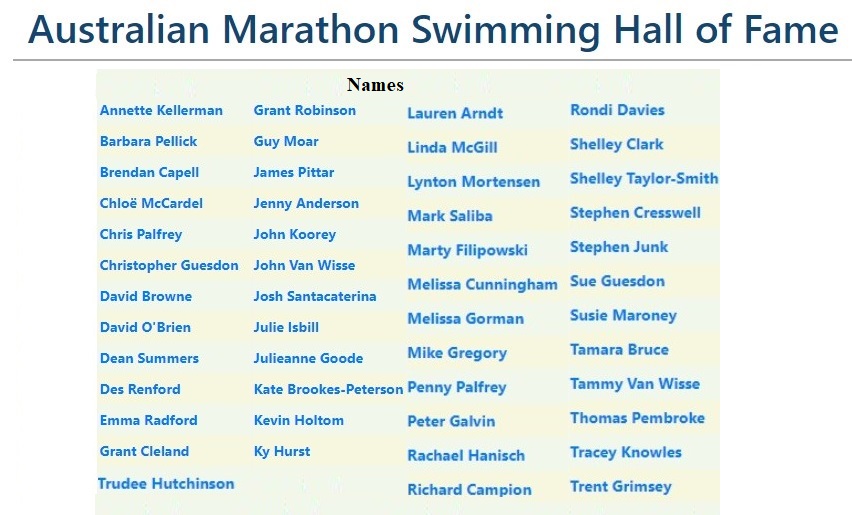 Listed above are the inducted Ocean Swimmers in the Australian Marathon Swimming ‘Hall of Fame’.