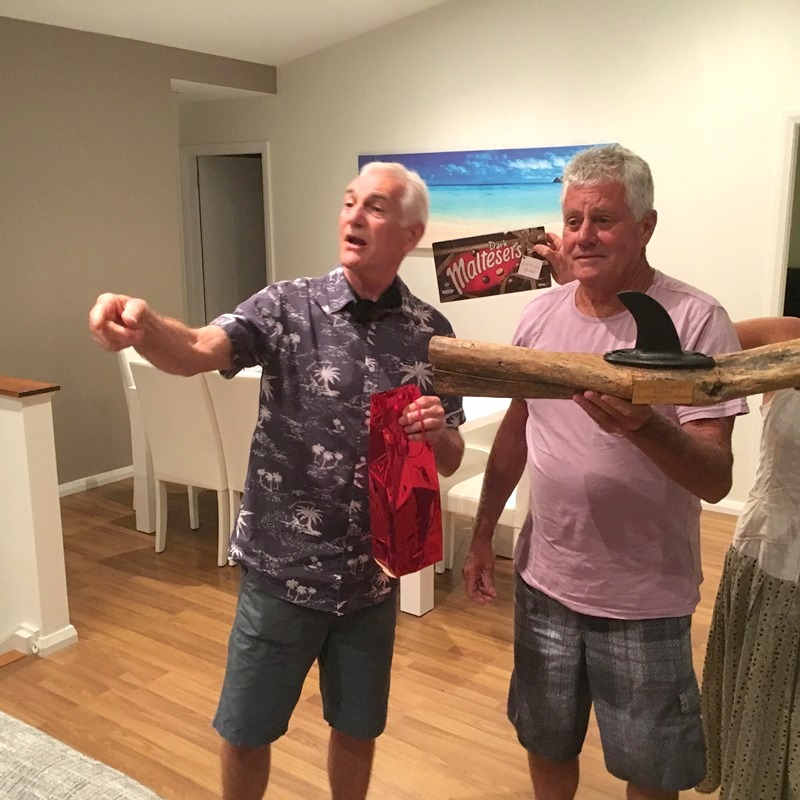 John presents ‘Swimmer of the Year’ award to Pete

The famous, or infamous, Mollymook swimmers party was held on Saturday night but preparations started some weeks ago.
.
The lead up to the party started with swimmers eyeing each other up to see who swam the fastest or longest throughout the year and wondering what they could do to influence the organisers.
.
Organisers this year were Sue and (Gentleman) John who were incredibly strong and did not succumb to pressure or inducements as the awards selection loomed closer. Sue and Chris kindly opened their doors to hold the swimmers party and were wonderful hosts.
.
Swimmers and partners arrived with plates of scrumptious food and it turned into a feast. One swimmer not to be named (but yes it was Cheryl) had driven to the party with her contribution between her knees. This was quite a feat as it was a chocolate trifle in a big bowl and thank goodness she got to the party safe and sound and not via the hospital casualty department. The anticipation grew as the bell rang for silence (silence – bit of a misnomer in this group). 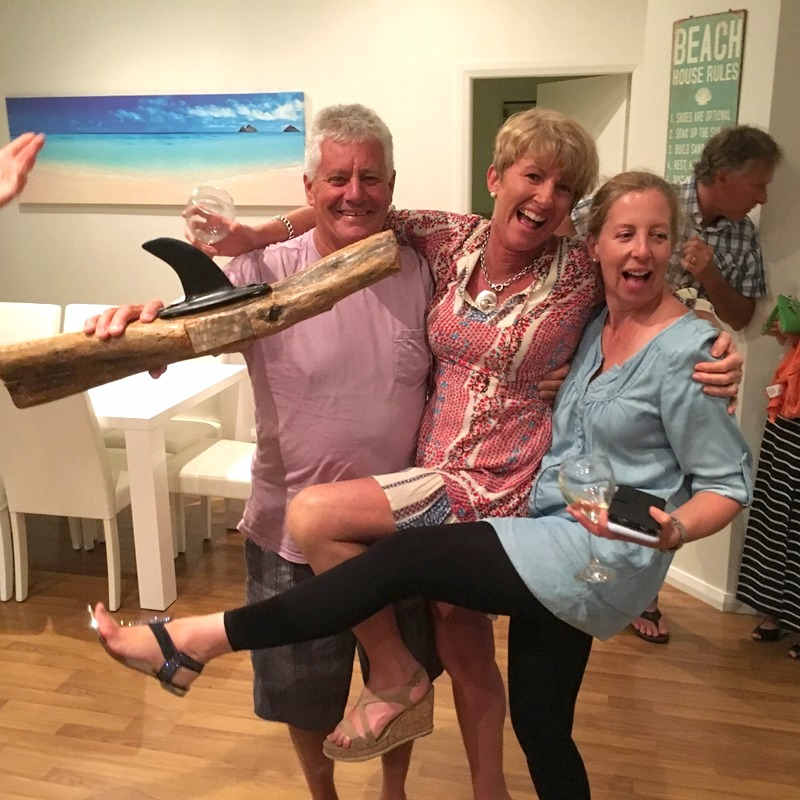 Pete is mobbed by female fans

John challenged every swimmer with questions regarding their eligibility to win this prestigious award.
The questions were not about how fast you could swim, (Gary Jenner would win it every year otherwise), but who swam beyond the reef regularly, swam without a wetsuit throughout winter and who did so topless. The topless question certainly ruled out 50% of the swimmers. There were moans and groans from the swimmers as they ruled themselves out and the last man standing emerged.
.
The last man standing (actually he was sitting down as he is sporting an injury) was Pete Humphries the outright winner of Mollymook Swimmer of the Year based on swimmers’ votes.
.
The crowd applauded as Pete was acknowledged a very worthy winner. Pete gave a short speech … “thank you and the trophy would do well on the fire come winter” … obviously still overwhelmed by being the clear leader in the secret vote.
.
As Pete is the only male to swim throughout winter without a wetsuit he was also acknowledged as the Honorary Girl of the Year and given a kiss and cuddle by some of our vocal female personalities 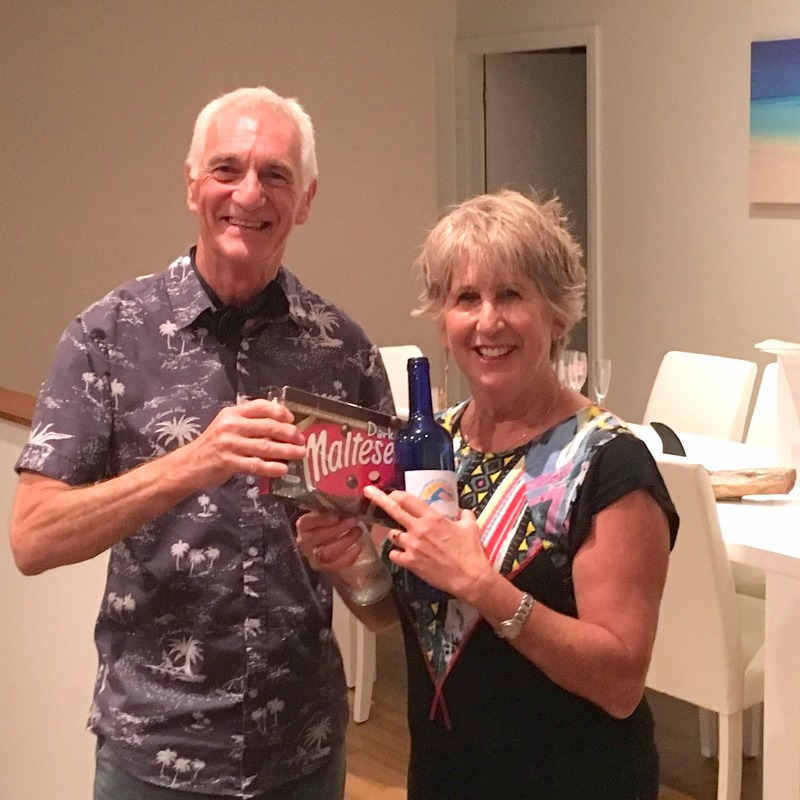 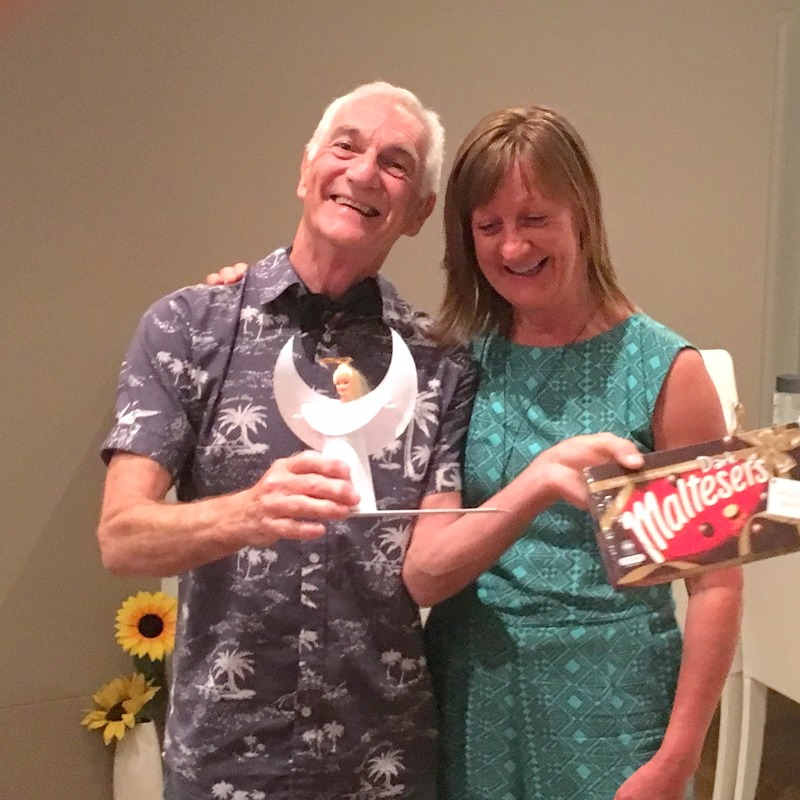 The Bluebottle Bravery Award. This award went to Jan as she is often heard saying, “I don’t see any bluebottles” or “ who cares if we get stung”. Now you maybe thinking – Jan sees sharks and has a little blue fish that swims with her so how on earth or rather ocean does she not see bluebottles? Well, that’s our Jan and who would argue – and by the way Sue is now seeing a little pink fish swimming with her so there you go.

The Caring Angel Award. This award went to Heather for her caring nature and kindness to all the Mollymook swimmers. Again the Angel was home made and has already done great deeds in the picking of Christmas presents when she went to Berry the next day with Heather. 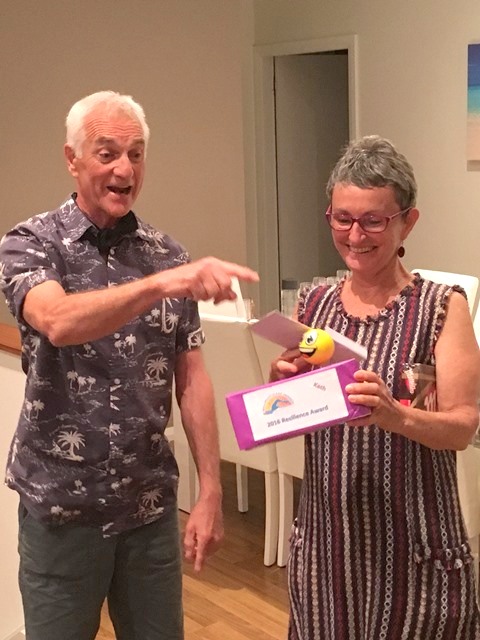 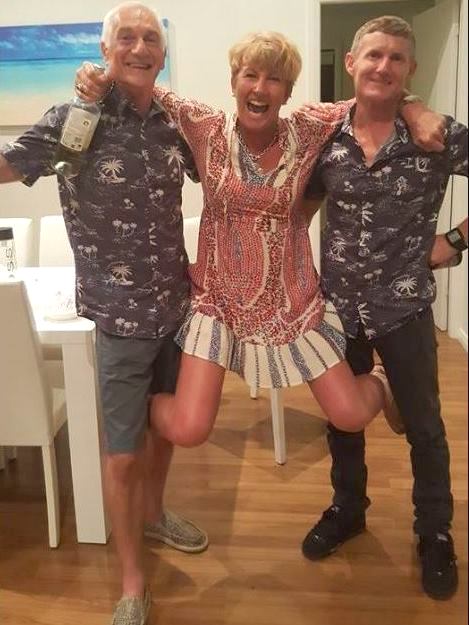 Now it was Simone’s turn to take over

The Resilience Award for bouncing back. This award went to Kath as she bounces back cheerily after every setback. She often gets bowled over by large waves that catch her unawares and she still comes up smiling and spluttering at the same time. The latest set back was a biking accident and still she’s swimming albeit with a torn ligament. The award was a smiley ball home made jack-in-the box which actually worked on the night.

The festivities carried on into the night and everyone had a wonderful evening. Both John and Robbie were dressed by ‘Harris Scarfe’ for this special evening and are seen with playful Simone as the evening wore on.

A big thank you to Sue and Chris from all the swimmers and their partners for their wonderful hospitality on the night. 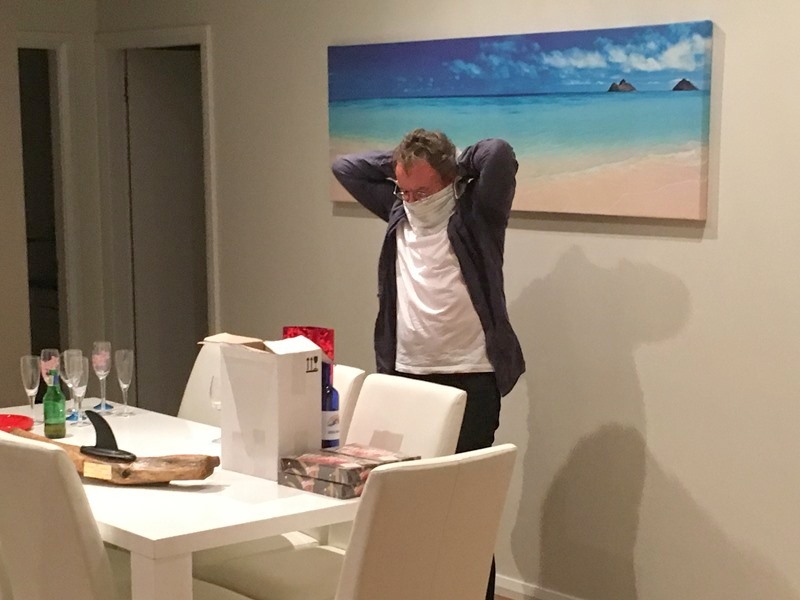 Ray on his departure from the toilet 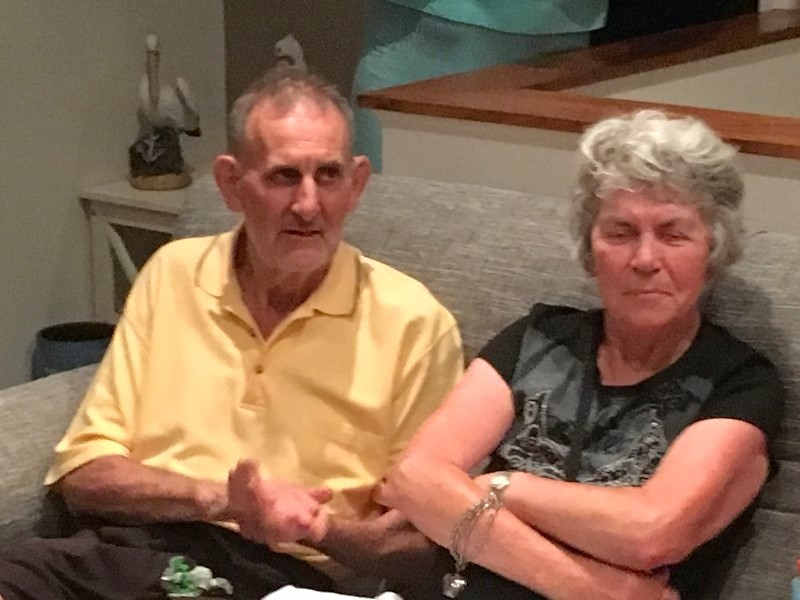 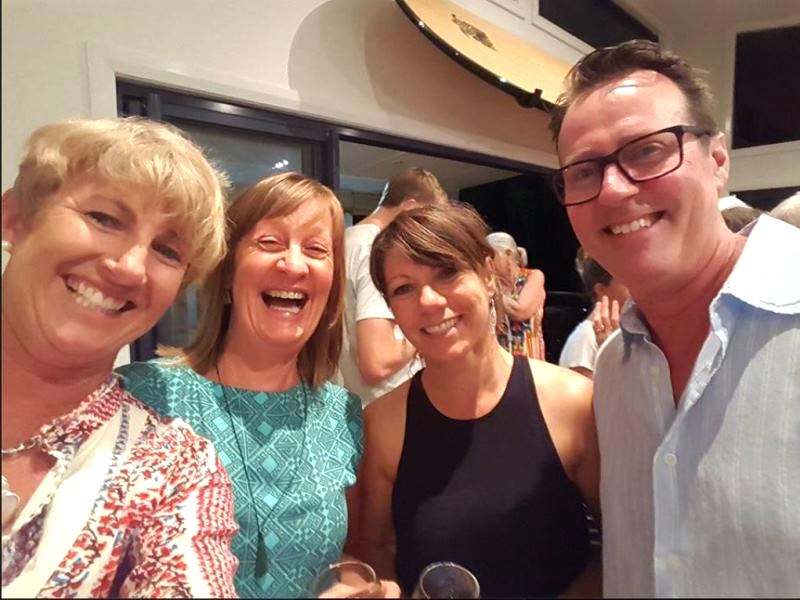 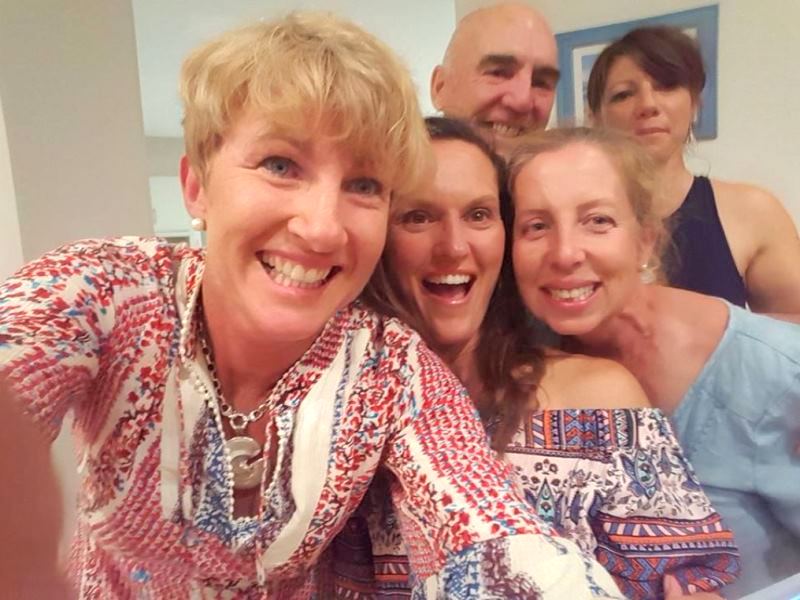