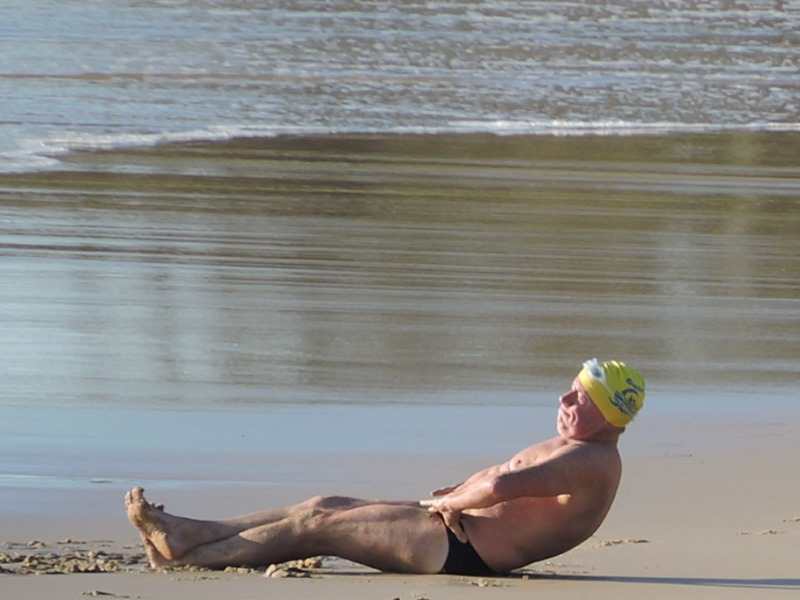 Fitness Guru – Raymond days prior to his freak accident 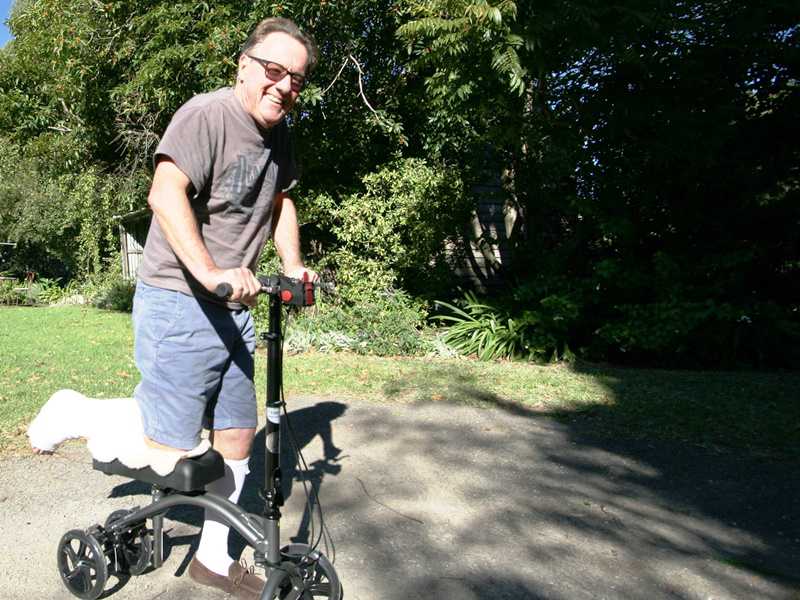 Raymond – a little over a week later returns in plaster 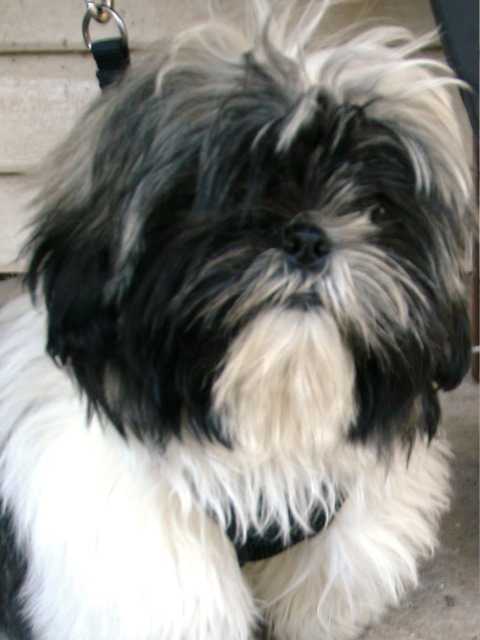 Raymond suffers a setback in his quest for back to back ‘Swimmer of the year’ awards.

Tuesday April 28 was a beautiful autumn’s day as Ray walked Emmy Lou through the streets of Milton, looking here, there and every where and thinking about the remote possibility of being awarded ‘Swimmer of the Year’ for the second year running, a feat never before achieved by a local Mollymook Ocean Swimmer. Then ‘low and behold’ he realizes that Emmy Lou a precocious little thing for her age realized Ray’s mind was elsewhere, slipped the lead and was off. Priding himself in his athleticism, and to avoid embarrassment in the heart of Milton with so many onlookers, the guru swings around to give chase after Emmy Lou, calling her an assortment of names, the unthinkable happens, Ray falls to the ground. Those that knew Ray thought he was putting on a show, however reality struck the onlookers when they saw his face etched in pain. He had snapped his Achilles tendon.

Operated on the following week Monday May 4, an overnight stay was sufficient said the exhausted nursing staff. So Jane comes to Raymond’s aid, puts him in the back seat of their car on Tuesday and chauffeurs him to their Milton country residence, providing Raymond ‘time out’ for the next seven weeks watching the grass grow.

Mornings between 9.00 am and noon. Afternoons between 1.00 pm and 5.00 pm. NOTE: For catering purposes, please limit the number of visitors to a maximum of 20 at anyone time and no dogs or pets please.