Action a plenty on Mollymook Beach 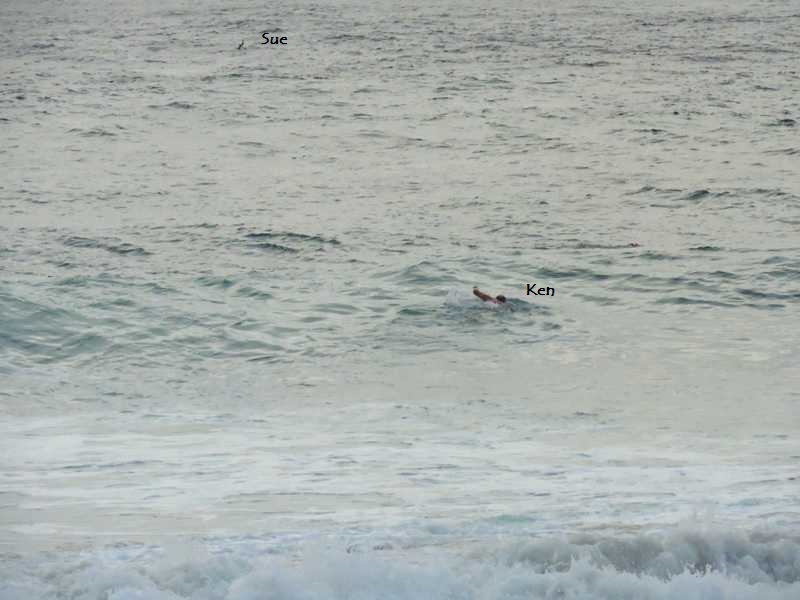 Sue way out to sea with Ken in pursuit. 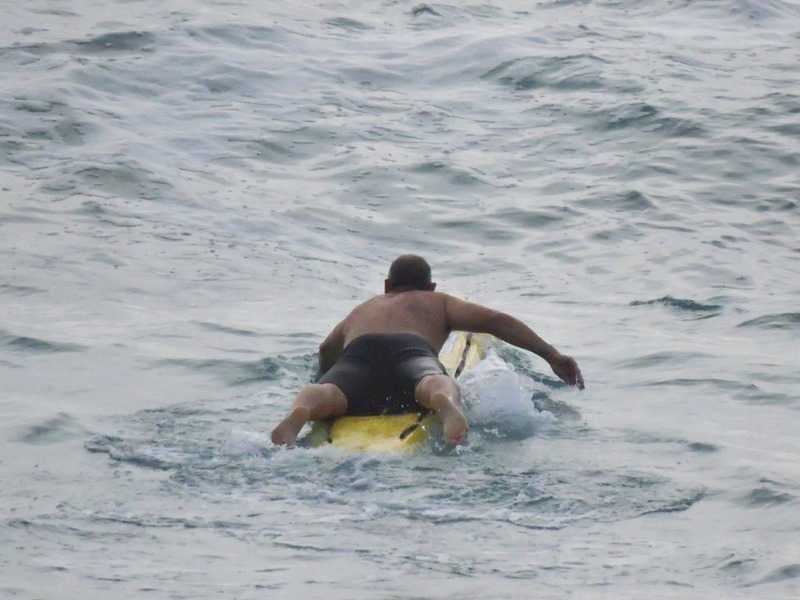 Darryl to the rescue

Jackie the apprentice captures all the action

Pure initiative as the drama unfolded, Jackie grabs the camera to capture the action this morning on Mollymook Beach. The sea was big with a dangerous rip going eastward. Sue is way out to sea, at times out of sight. Unperturbed, Dougie in his new pink cosies takes to the ocean for his morning swim and soon after was on the look out for Ben who appeared in trouble.   Photo credits: Jackie G.    Click to enlarge images 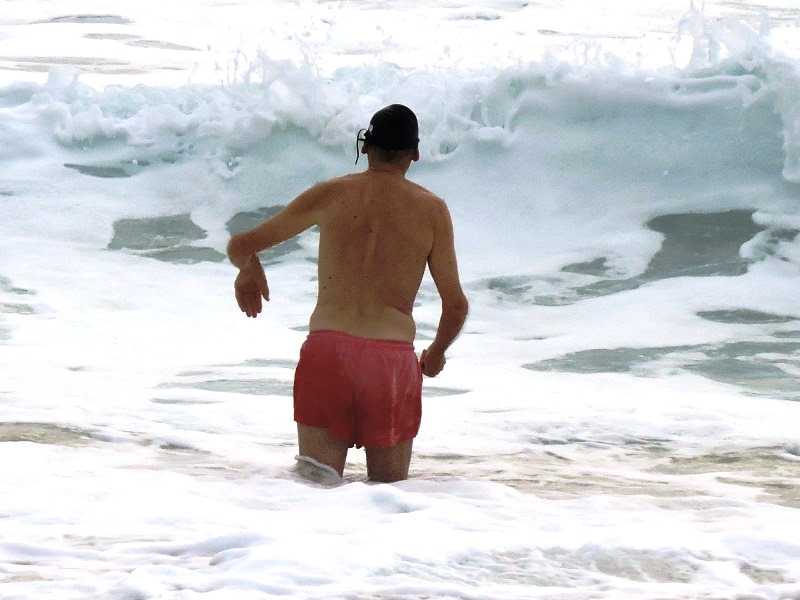 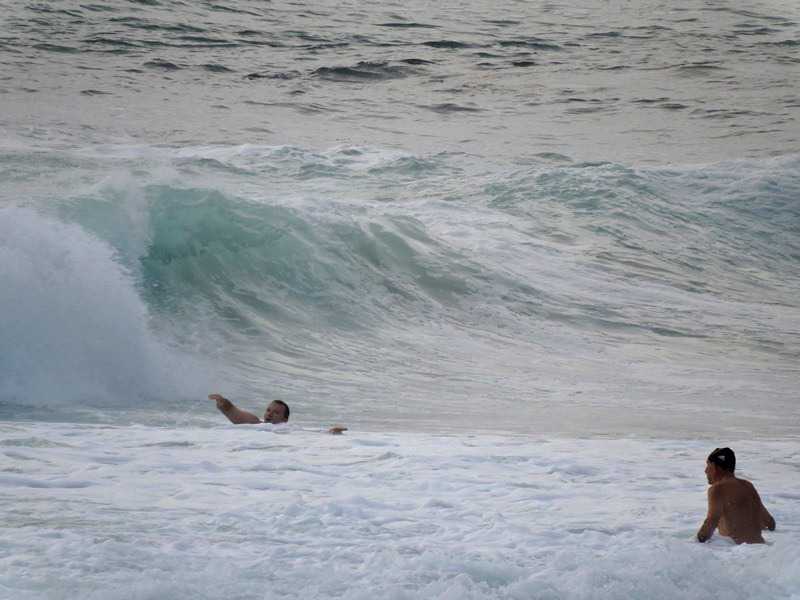 Dougie looks out for Ben

Billy wets his feet, but decides not to risk it in the big surf. Over coffee Darryl looses sight of Sue who had elected to swim out to sea aided by the rip. The girls are quite concerned, so after coffee Darryl grabbed the surf board and heads out in the direction of Sue. 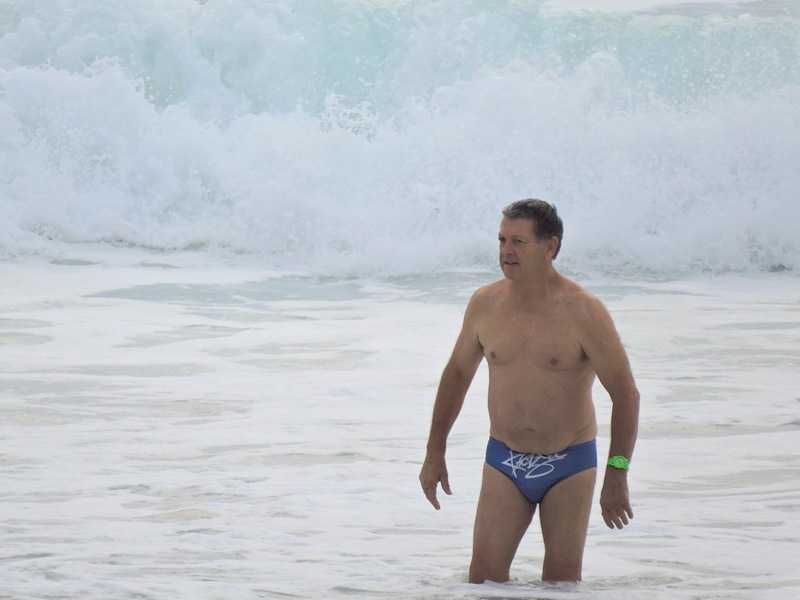 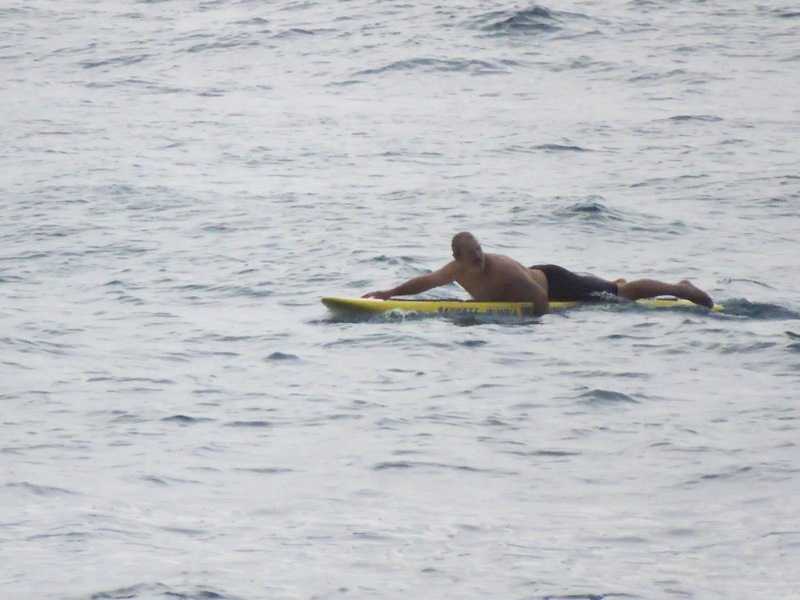 Darryl searching for Sue, where is she?

In the meantime, Ken changed back into his cosies on the street, ran down the beach and swam out to Sue. They caught their breath and swam parallel to the beach finally exiting the rip and headed for the safe entry at sooky corner. 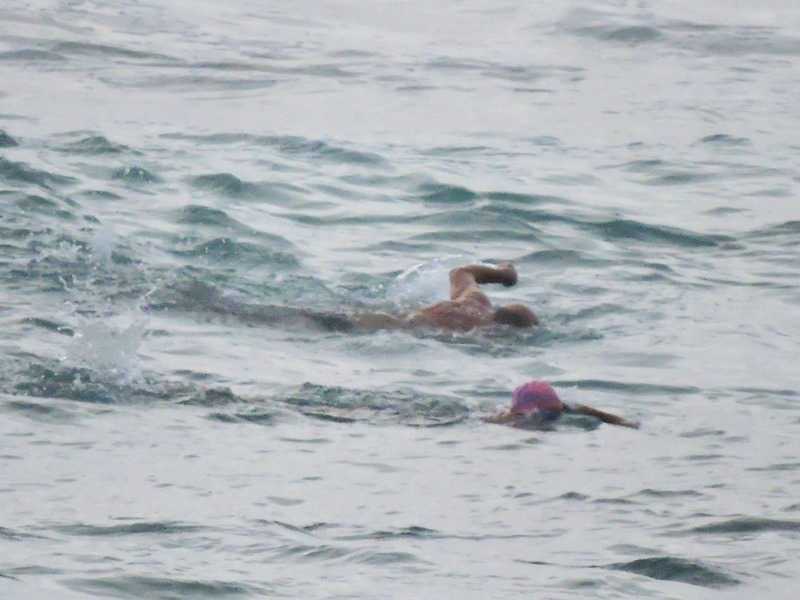 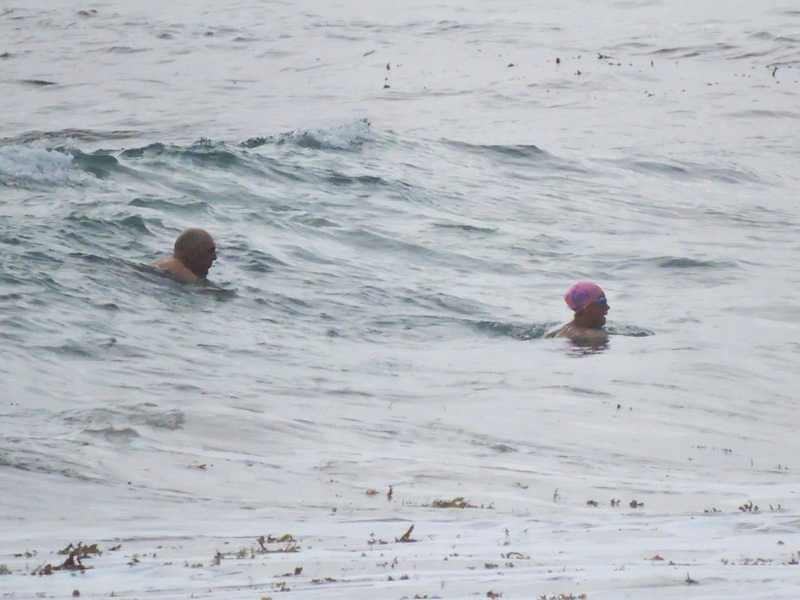 All is good as they walked up the beach, however Jackie was calling out to Darryl. We began to wonder “whats wrong, is Darryl in trouble?” No! Jackie was trying to signal him to come in because Sue was back in on the shore. Later Sue thought to go down the beach to check on Darryl. 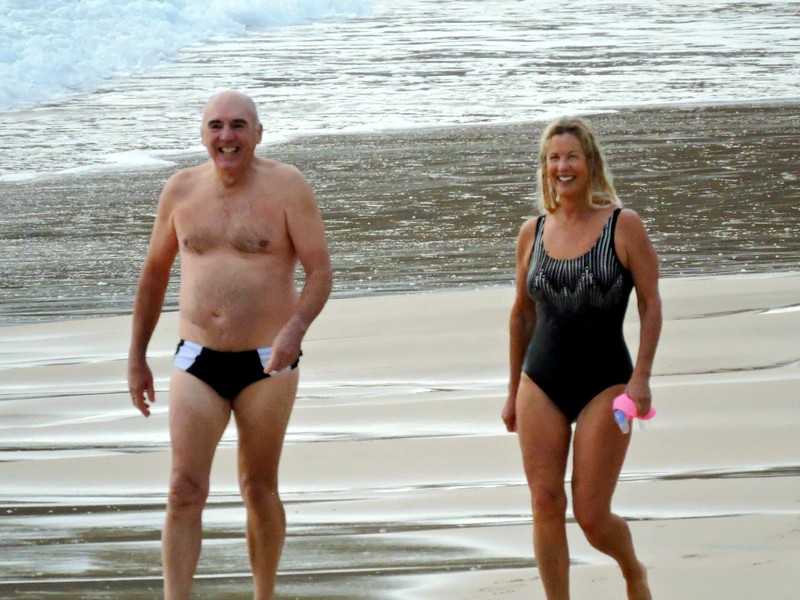 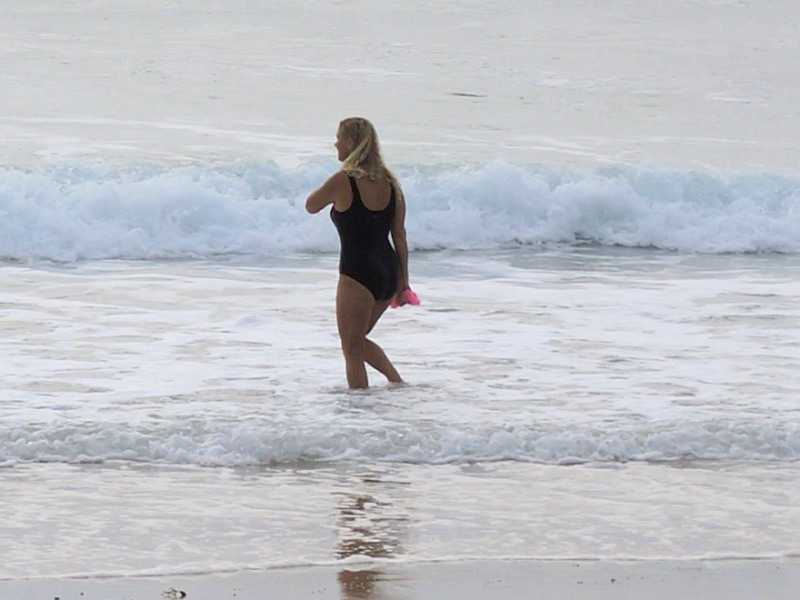 Darryl had had trouble locating Sue out in the bumpy ocean, but soon realized she was on shore, therefore he headed home in the tumultuous surf conditions. 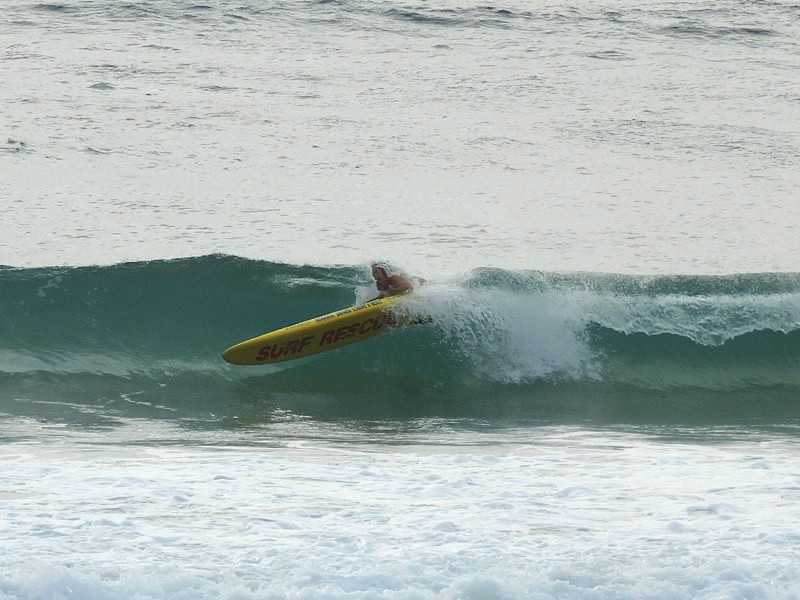 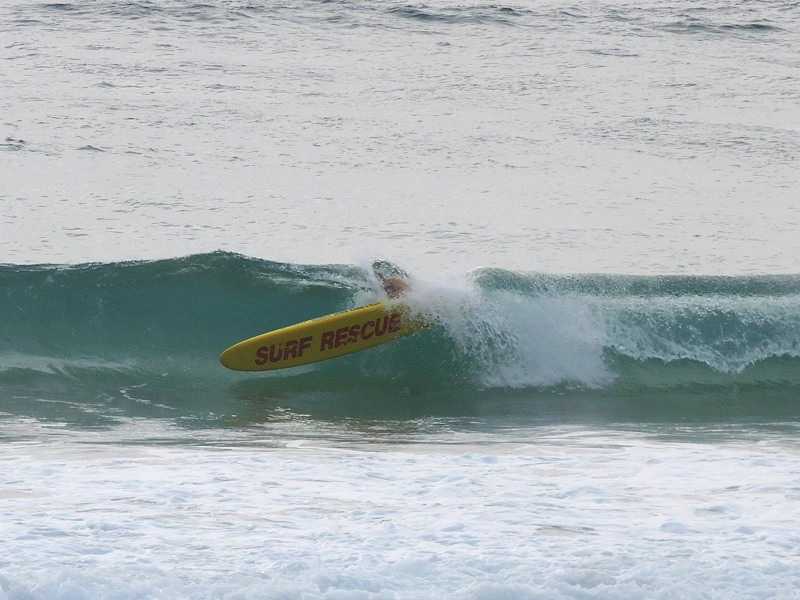 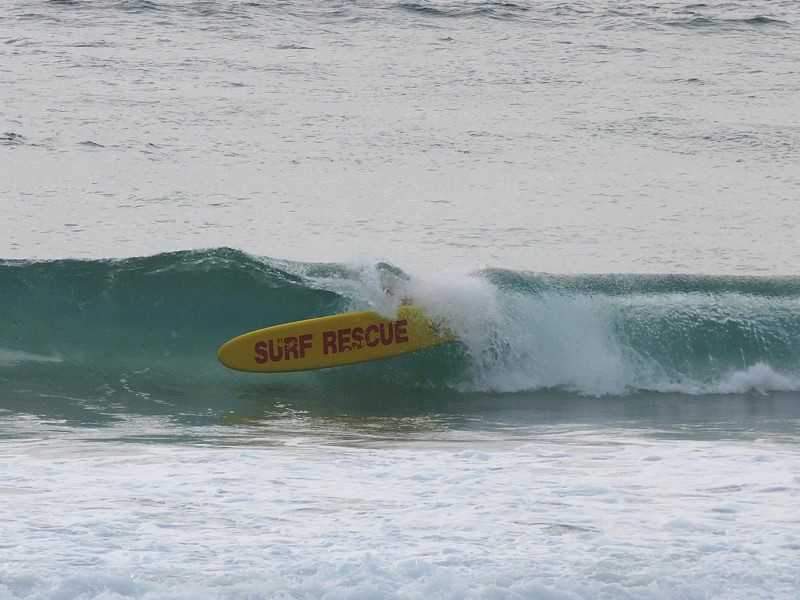 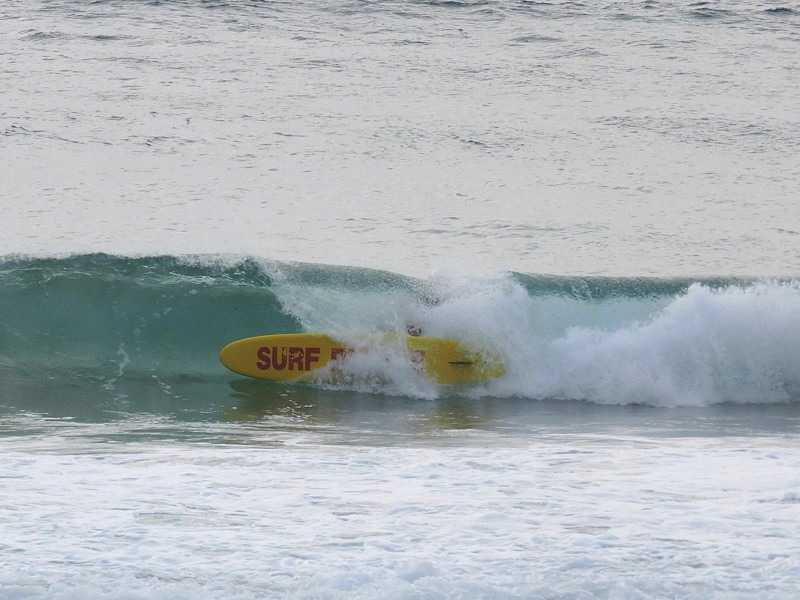 What did Darryl say under water

All finished well, so its time for another coffee. (Our first one had gone cold, so it was Sue’s shout) 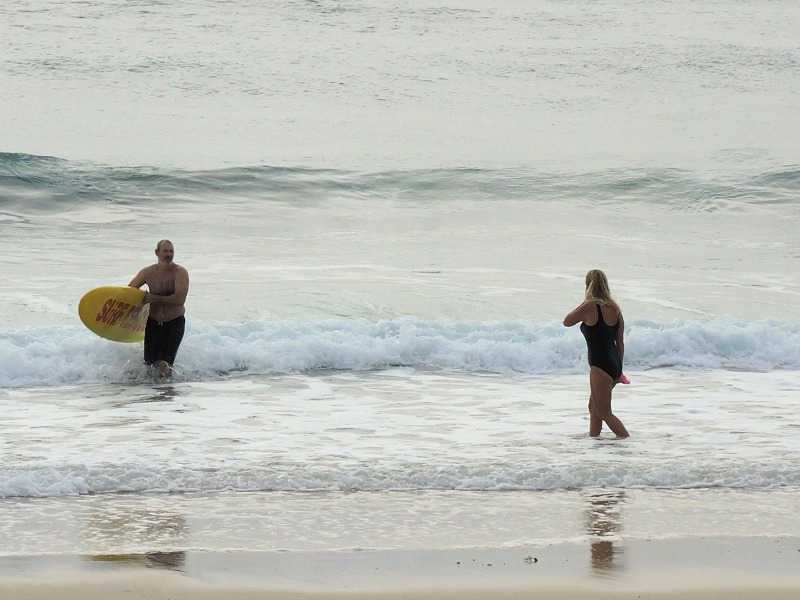 Sue inquires – where have you been 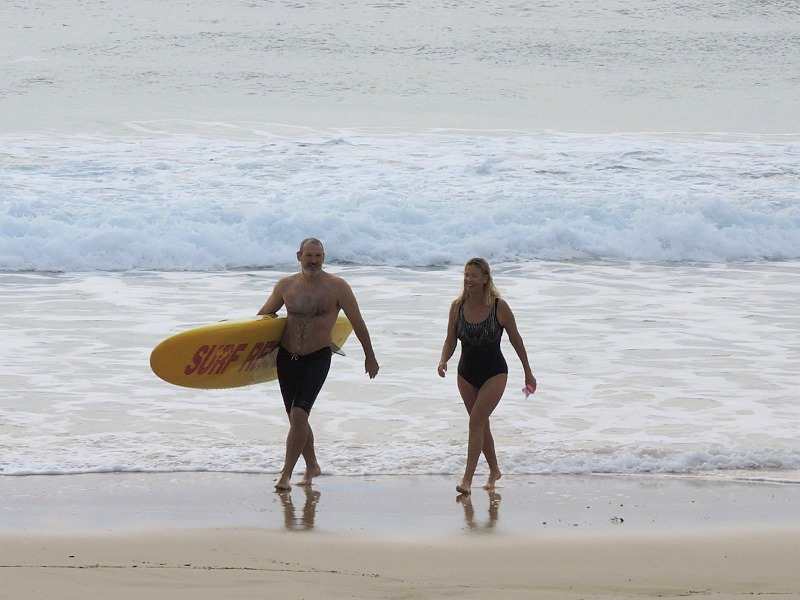 Walking up the beach in step

Byron Bay Ocean swim: Roving reporter Kim emailed to say Byron Bay was cancelled this morning due to the poor conditions. Kim also graciously reminded us down south not to forget her birthday on Wednesday May 6.