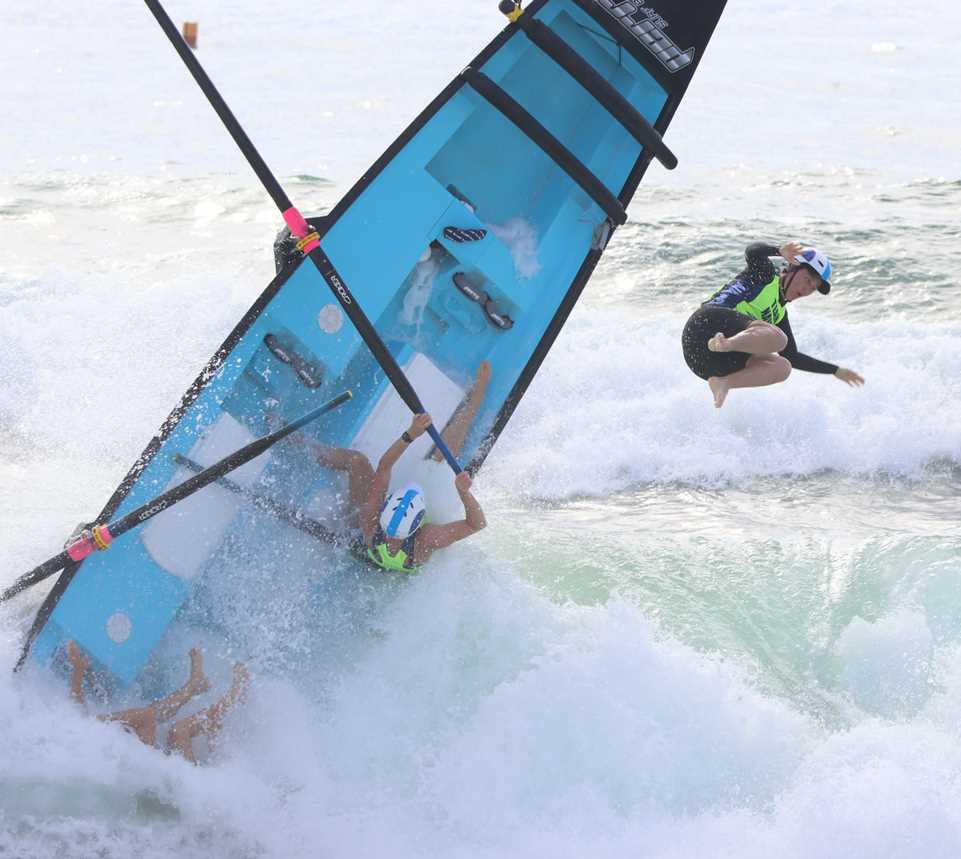 Day 1 – Held at Mollymook in a BIG Surf

These pics on Friday the 1st day of competition testify to the testing surf conditions that greeted all the crews. The outstanding Mollymook performances would have to be Gene Austin’s fantastic sweeping ability in such difficult conditions. Another excellent performance was by the 200 years male crew making the final for their category, whilst the Men’s A reserve ‘White’ crew advanced through to the 2nd round. 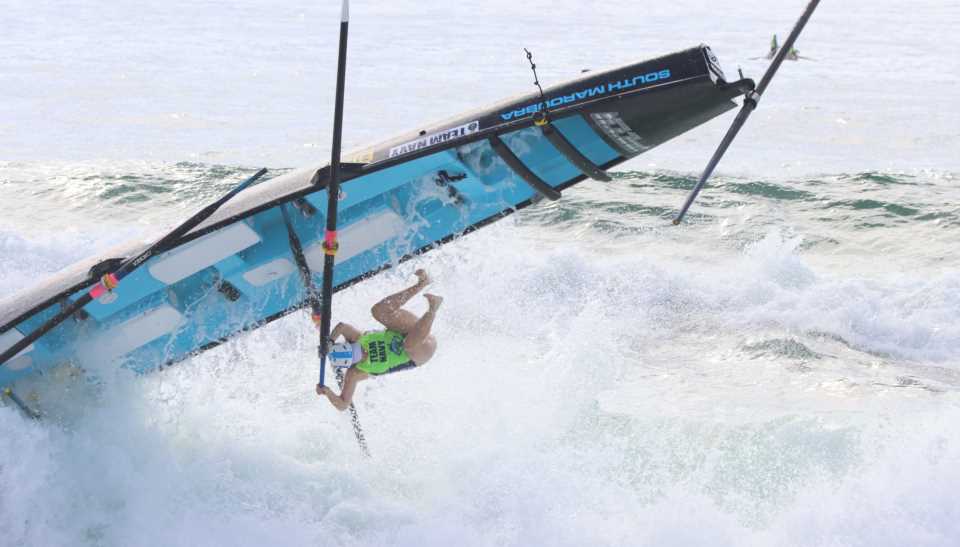 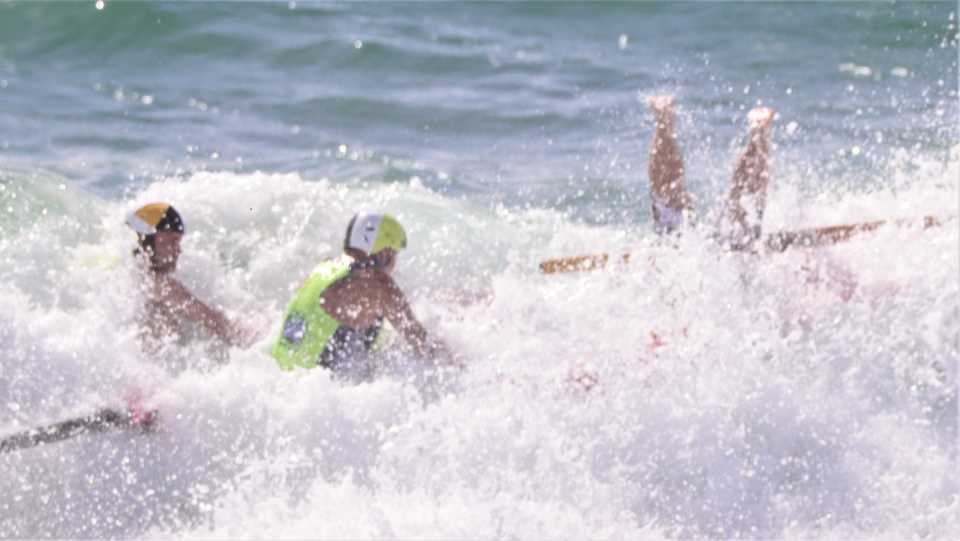 Altona boat crew having difficulty handling the conditions. (Legs up signal for assistance) 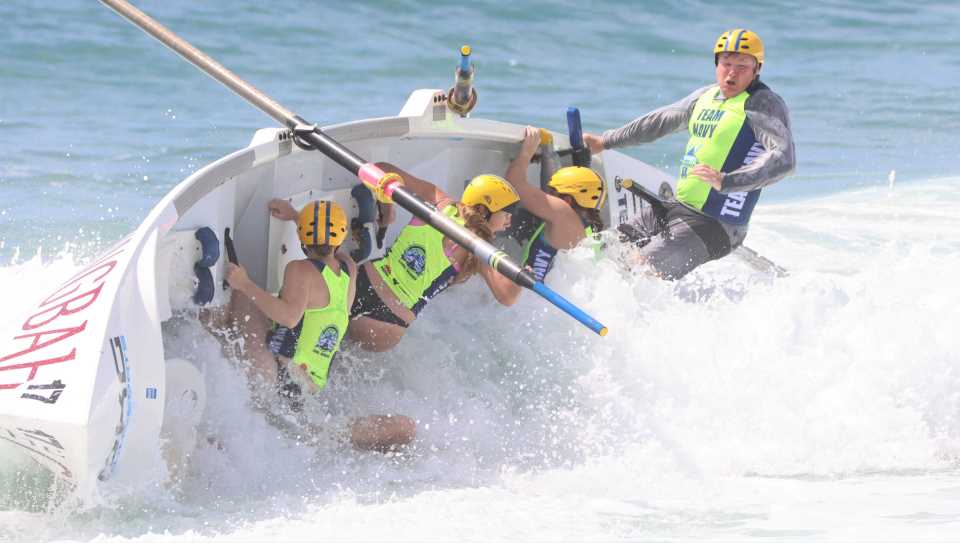 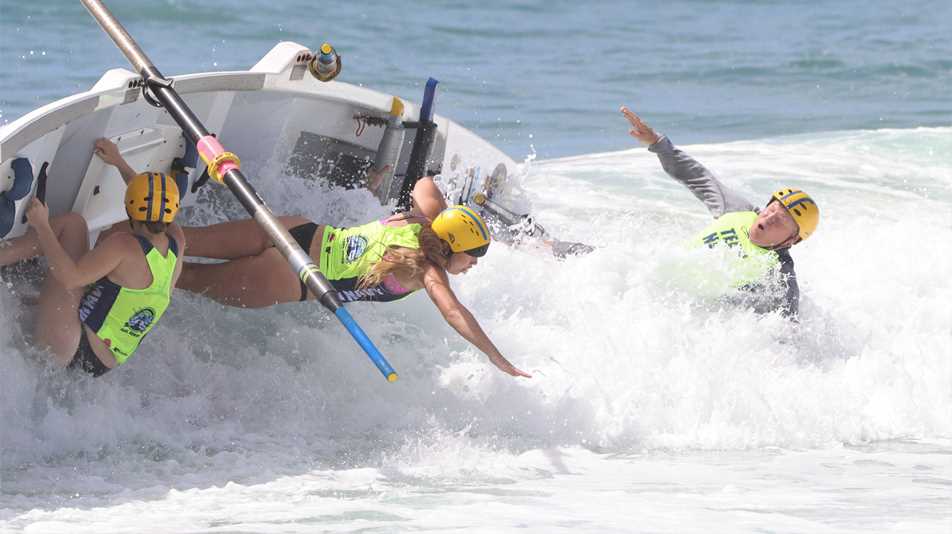 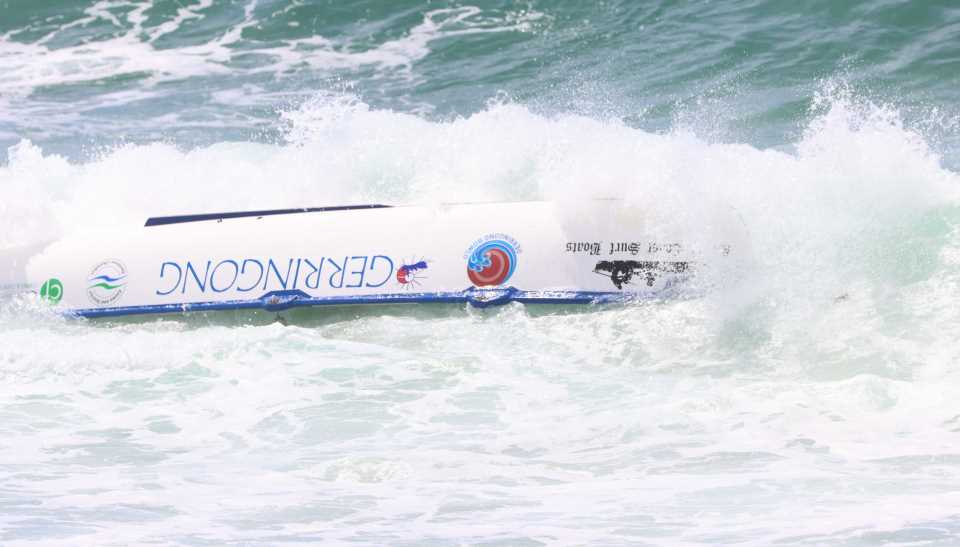 Gerringong boat without a crew 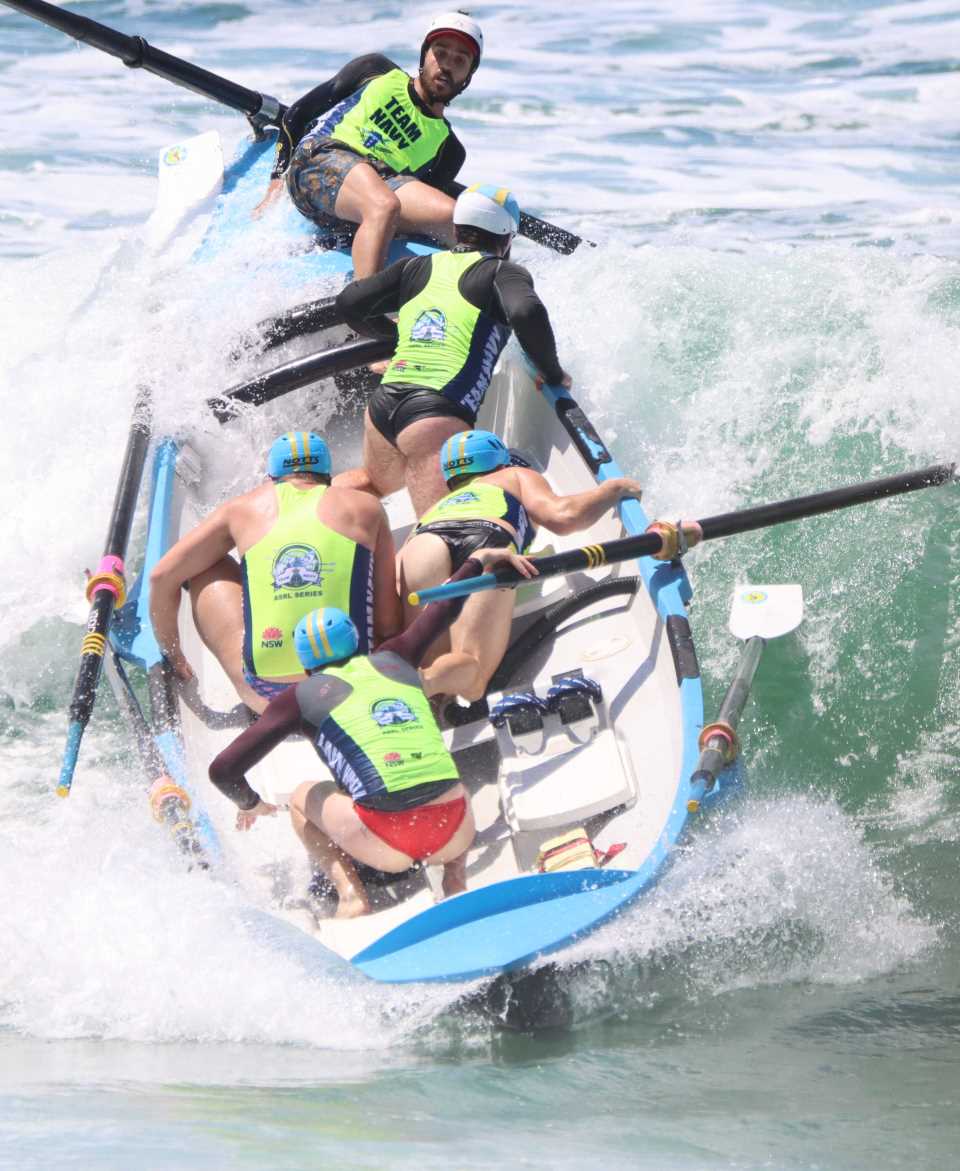 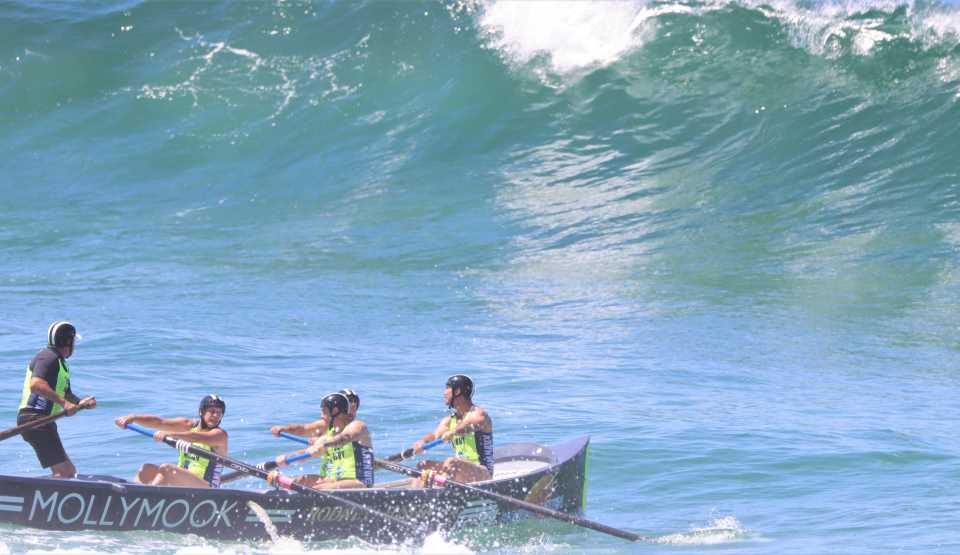 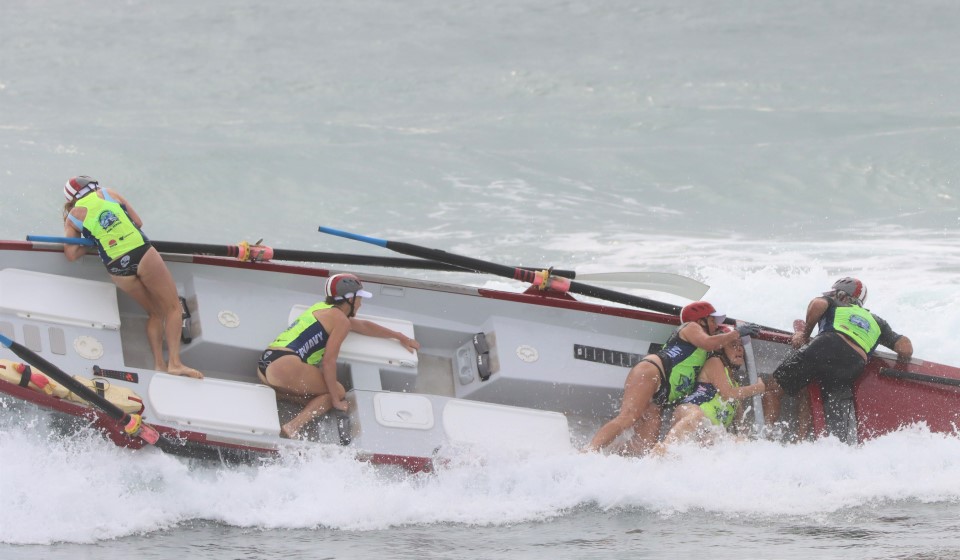 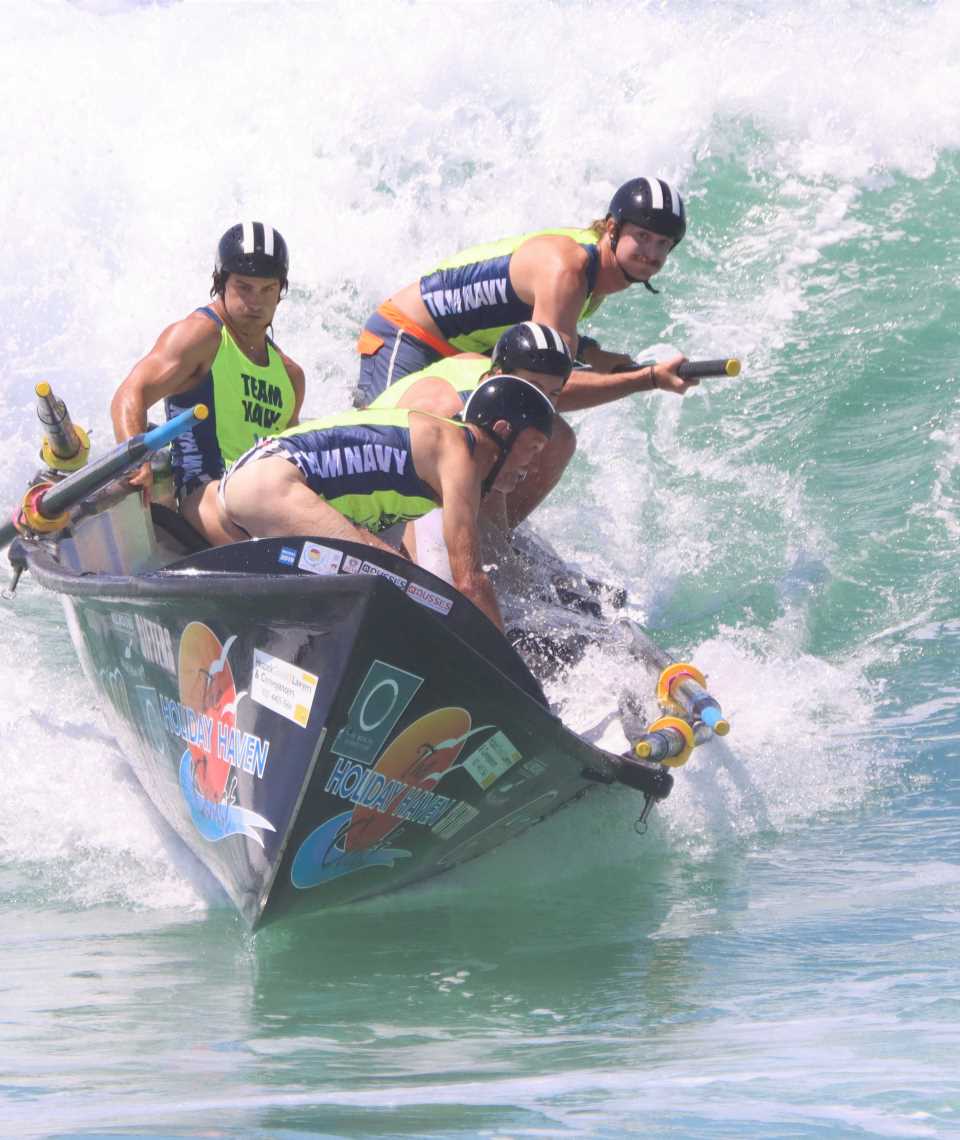 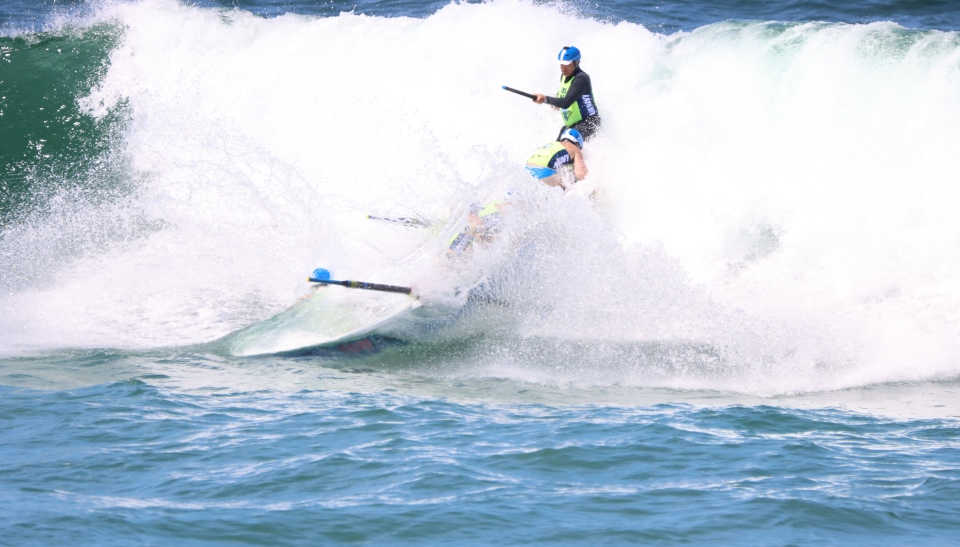 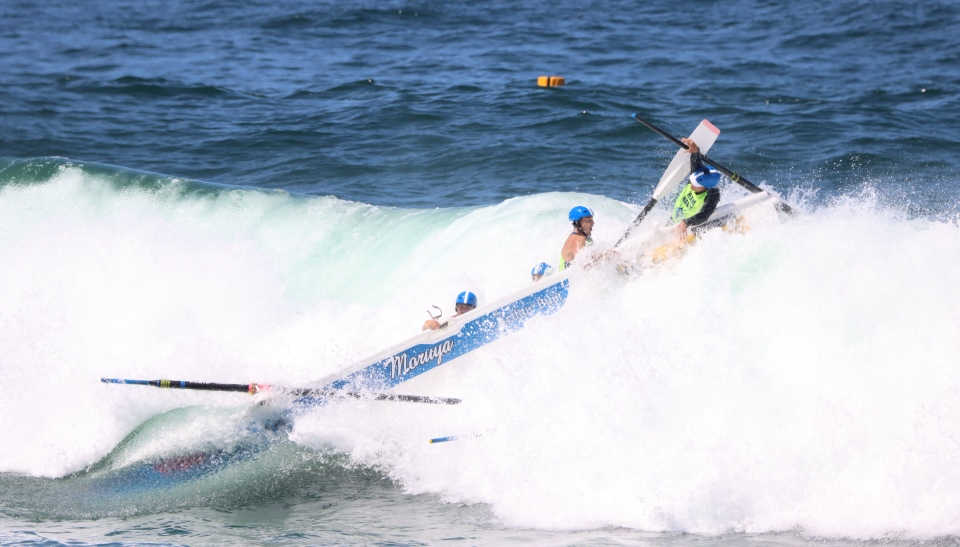 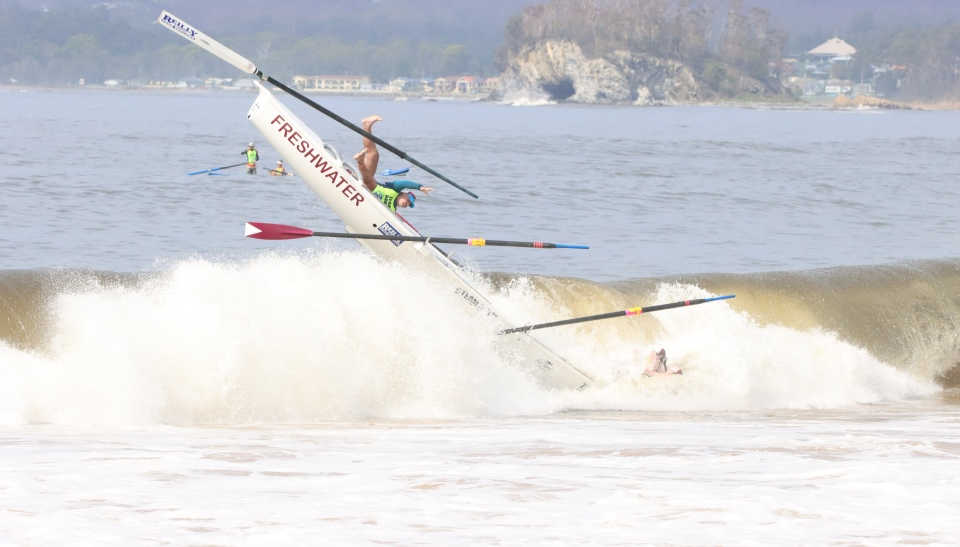 Freshwater get caught in the viscous shore break

Due to the surf conditions predicted to get worse, Saturday’s events were transferred to ‘Long Beach’ north of Batemans Bay.

Unlike Friday, Saturday’s competition was held in relatively flat conditions other than for a vicious dumping shore break that brought grief to numerous crews negotiating the dumping shore break at both start and finish of a race.
Mollymook was represented by four crews: Male ‘A’ reserve (white), Male ‘A’ reserve (Black), an Under 23 male crew and an ‘A ‘reserve woman’s crew competing in the ‘Open’ women’s category. All Mollymook crews performed exceptionally well considering they were up against the best boat rowers throughout Australia and New Zealand with the Male ‘A’ reserve (Black crew) progressing through to Sunday’s finals. 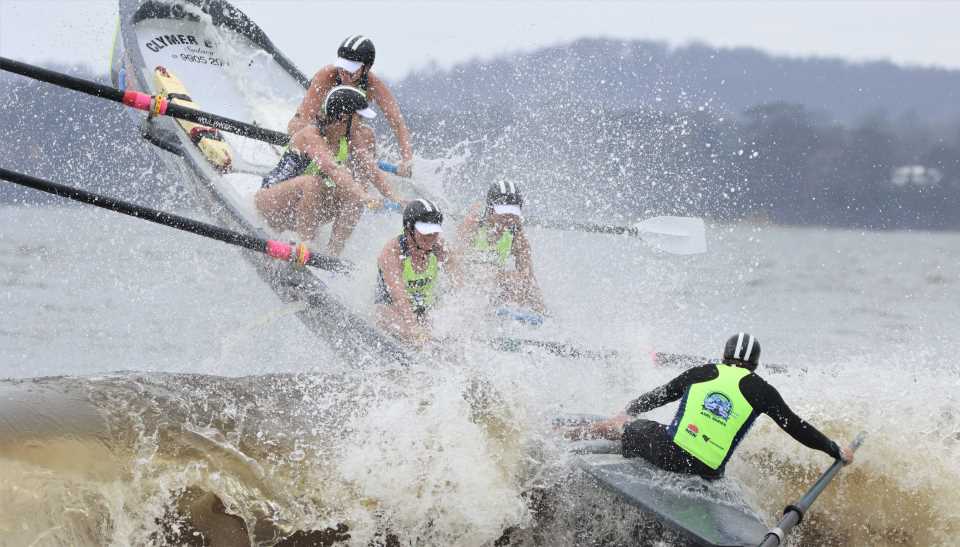 Mollymook ladies ‘A’ Reserve crew competing in the Ladies open