Broulee Bay to Breakers Ocean Swim: The Movers and Shakers 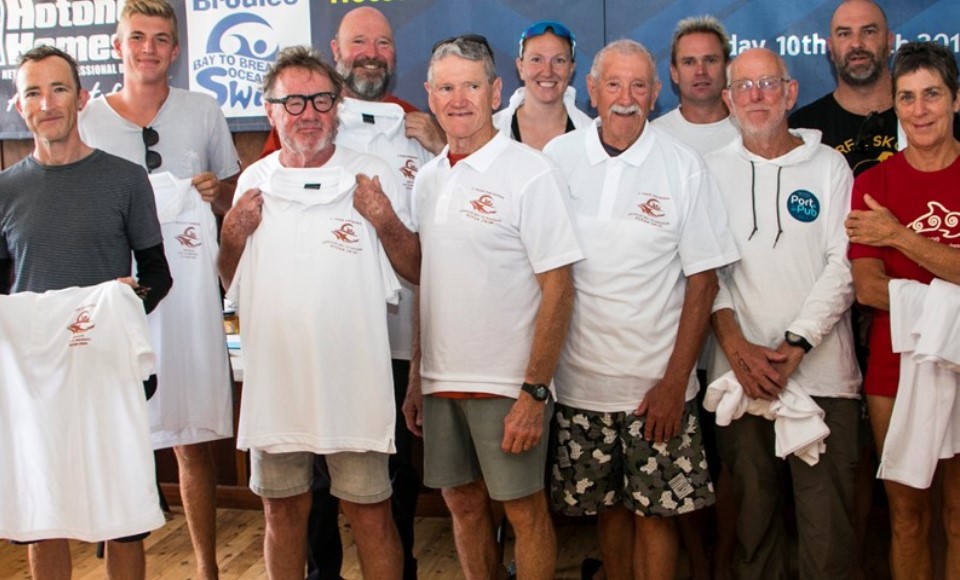 Tim Mooney sourced the above pic and filed this report on the Broulee Ocean Swim:

“A small crew from Mollymook swam in this years Broulee Bay to Breakers 1.4km swim. (the actual distance was 1.525km as swum). Perfect conditions were a treat to swim in for the record 400 plus registered swimmers. A tiny swell made navigation between the oversize bouys a no brainer. A large number of safety craft were on attendance and things went relatively smoothly. On the home stretch there was the occasional wave but for the majority of people it was a swim all the way. The water temp was 21.6 and the swim time air temp was 19. All competitors received their 2019 t-shirts (see person far right in pic) along with other sponsored goodies.

Post swim presentation was well attended and several drink and food stations throughout the club house provided hearty BBQ delights. The surf club bar opened soon after the race completion. A relaxing time was had by all”.

Save the date, the Mollymook Ocean Swim Classic is scheduled for Saturday April 13, 2019 and will again be proudly sponsored by the Ulladulla Ex-Servos Club.

On line entries can be made on the Oceanswim.web site