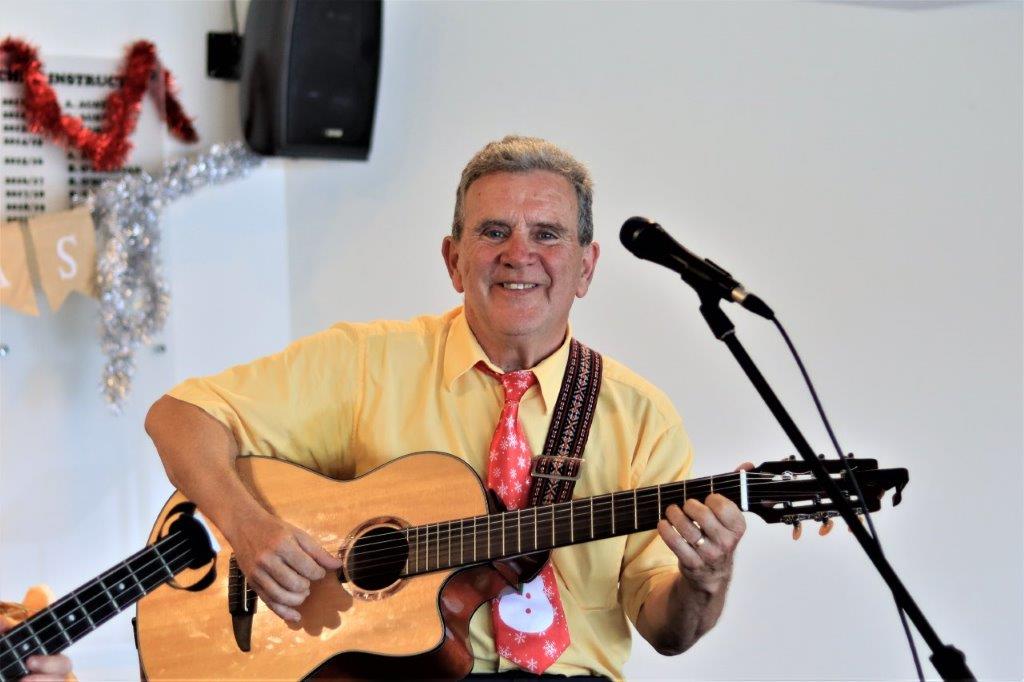 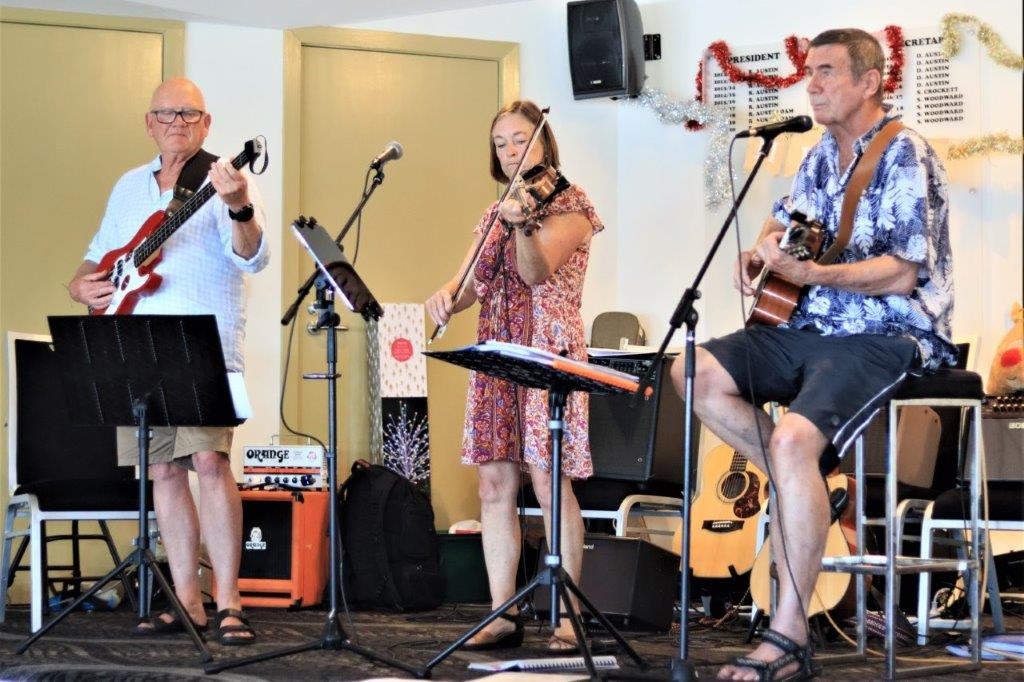 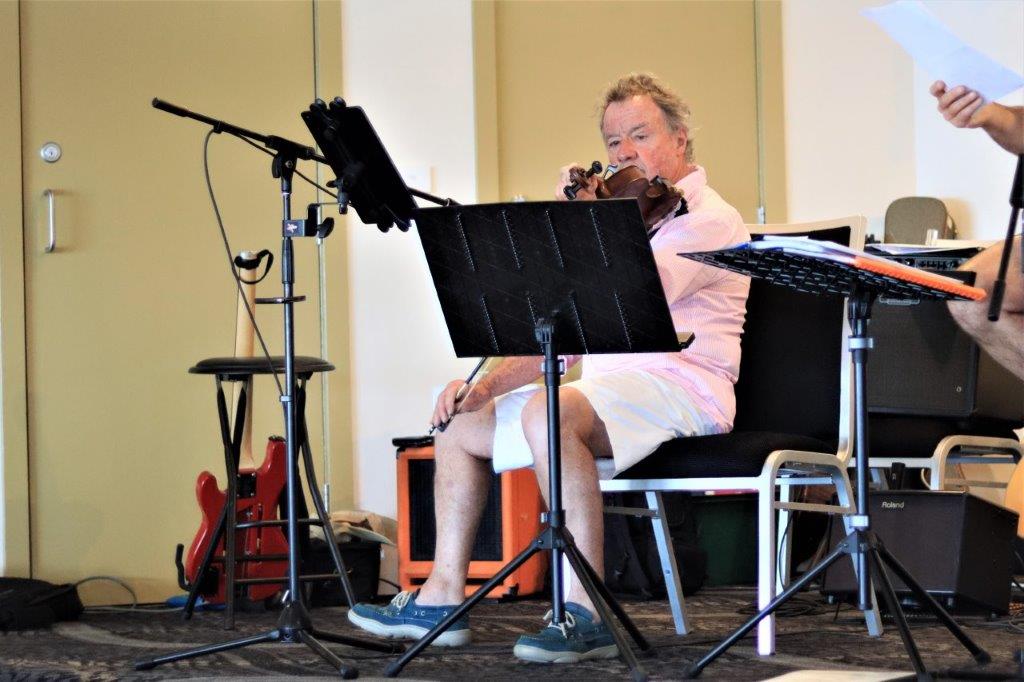 Raymondo, fiddling with his violin 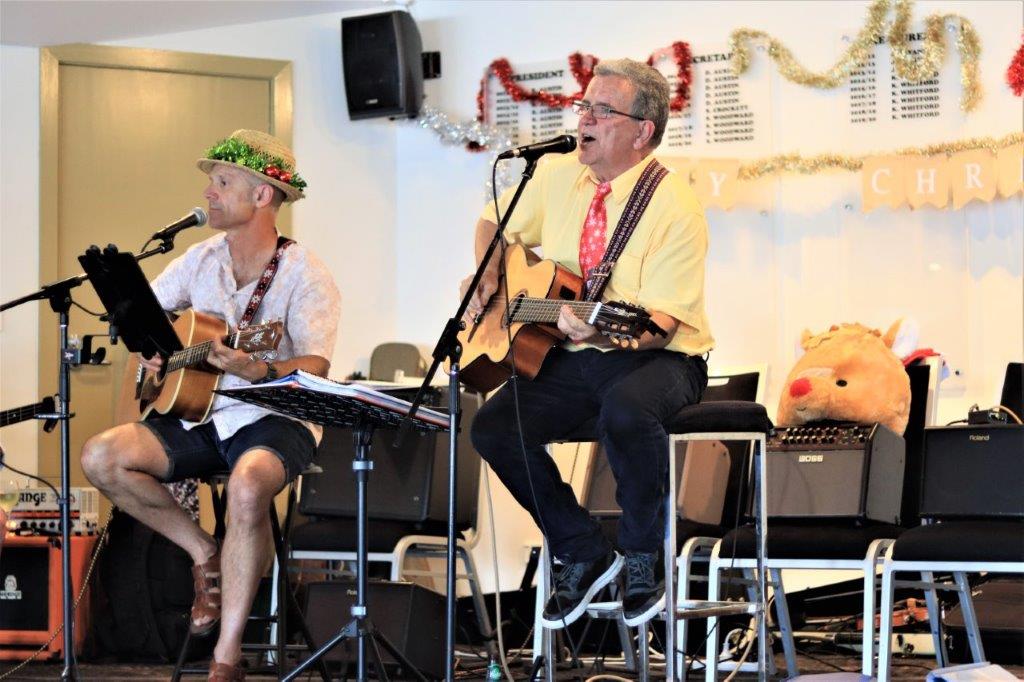 Quote “The foundation saga of the highly esteemed and prestigious Octopus’s Garden Award for the Mollymook Ocean Swimmer of the Year began in the ocean mists off Mollymook beach.

In the early years of this century, some legendary stalwarts of the swimming group decided it was time to formally recognise peers whose deeds were deemed to be especially intrepid and consistent in the face of shifting ocean conditions. Making it to the reef, or the creek, or the corner – and back consistently with style and grace (if not pace) were essential criteria, as were the joie de vie and general inspirational vibe of the person. Also by way of the dangers associated with ocean swimming and the creatures thought to lurk in the murky depths, it was noted that sometimes humming a few bars of the Beatles ‘Octopus’s Garden’ helped overcome one’s creeping paranoia.

And so it came to pass that the Award was established”.

(Best to view pics on a large screen, click on images to enlarge)