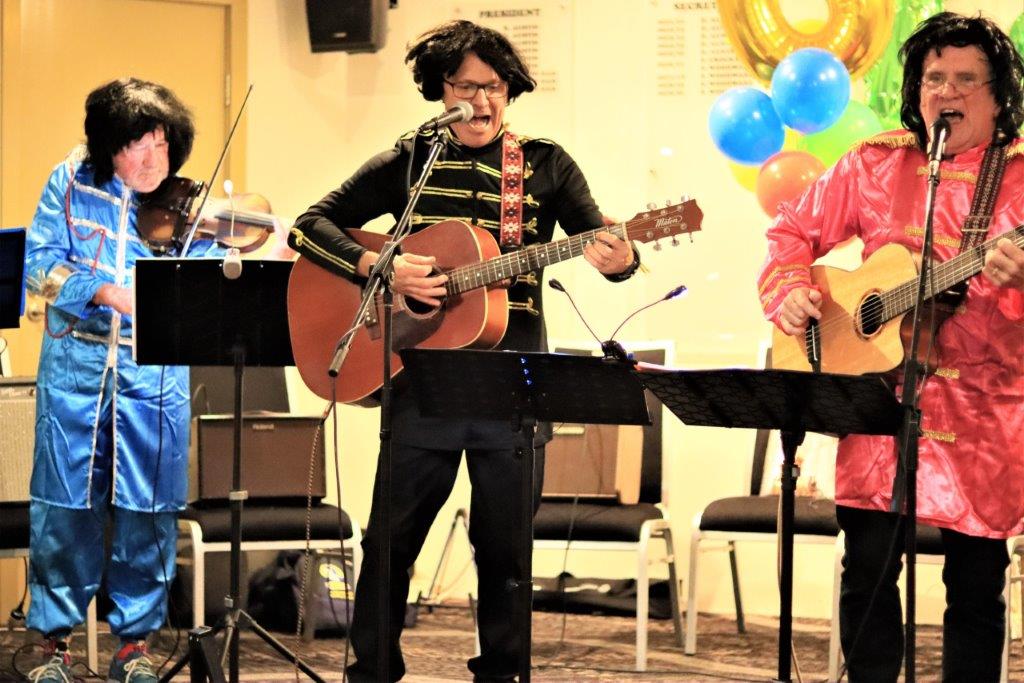 Night of Nights, the Beatles re-visited.

Wikipedia, give the following explanation in regard to Beatlemania. They say that the name of ‘Beatlemania’ was due the fanaticism surrounding the English rock band the Beatles in the 1960s. The press adopted the term “Beatlemania” to describe the scenes of adulation that attended the band’s concert performances. From the start of 1964, their world tours were characterised by the same levels of hysteria and high-pitched screaming by female fans, both at concerts and during the group’s travels.

Today, 2021 some 60 years on and we continue to see the female fans loving the ‘Beatles’ regardless of their age. The Beatles revisited event at the Mollymook Surf Club was an enormous success, thanks to Mike turning 64, supported by Ray, Llyod, Gerry, Tim and Dave. What a night, with so many getting into the spirit of the event wearing some amazing costumes and make-up. 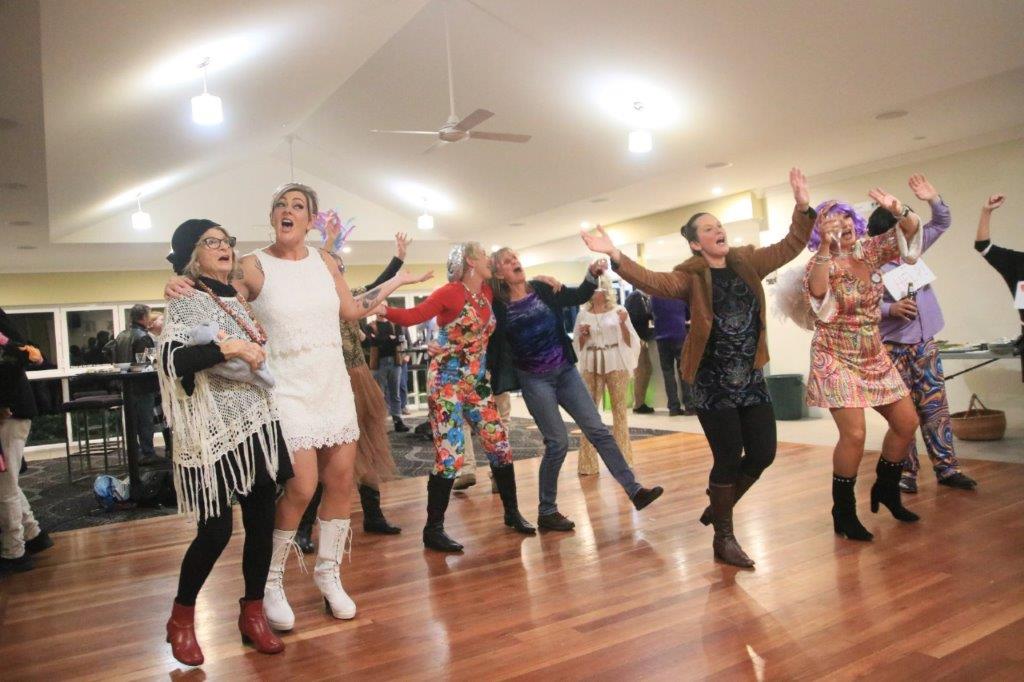