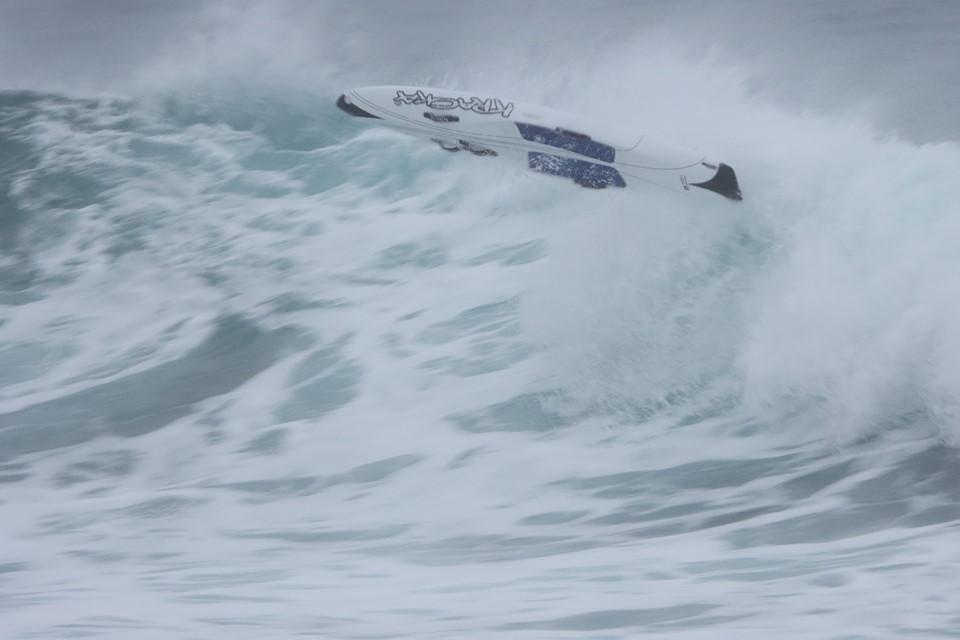 To celebrate the ending of COVID-19 restrictions, Huey sent through a big surf this past week to test the forgotten skills of the local surfers. Attached are a few examples of the fun experienced during the bigger than normal surfing conditions.

END_OF_DOCUMENT_TOKEN_TO_BE_REPLACED 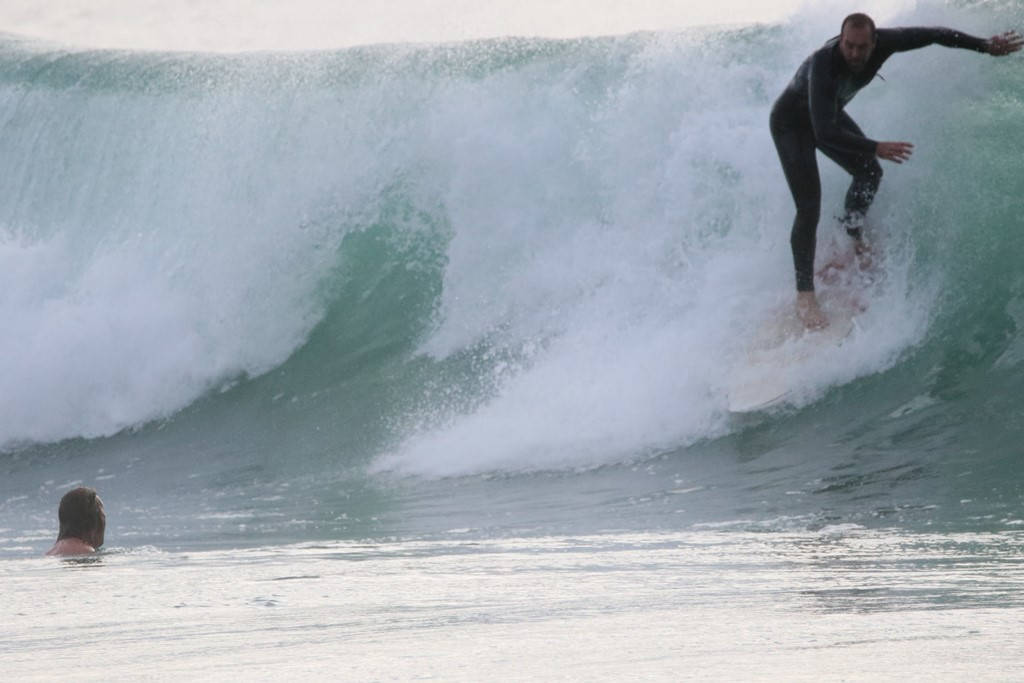 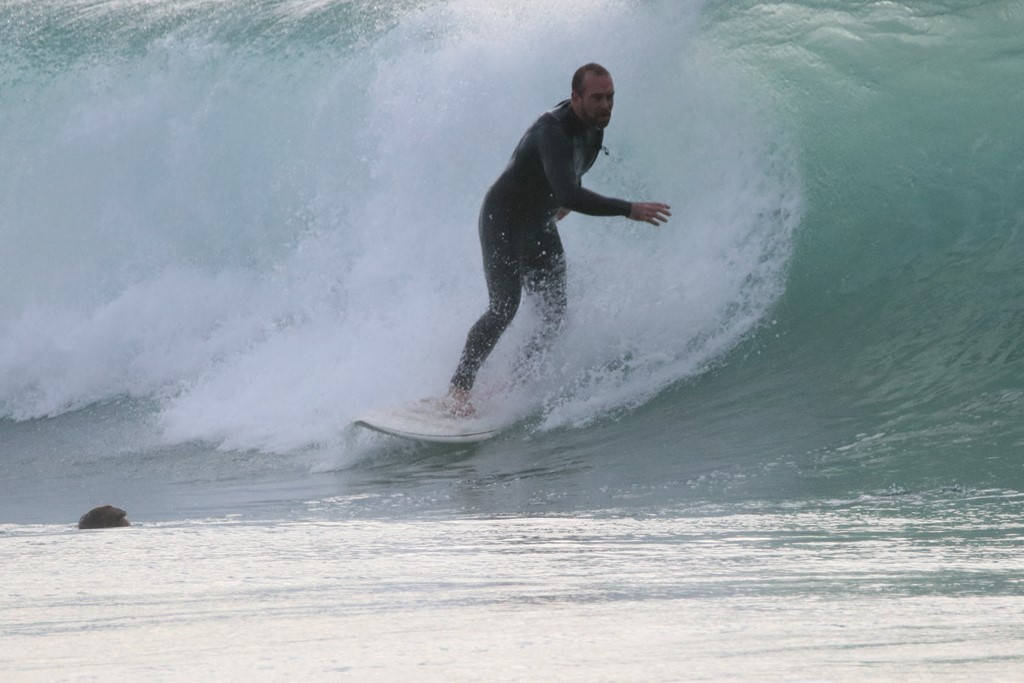 Greg duck’s just in time to miss the surfer’s board.

END_OF_DOCUMENT_TOKEN_TO_BE_REPLACED 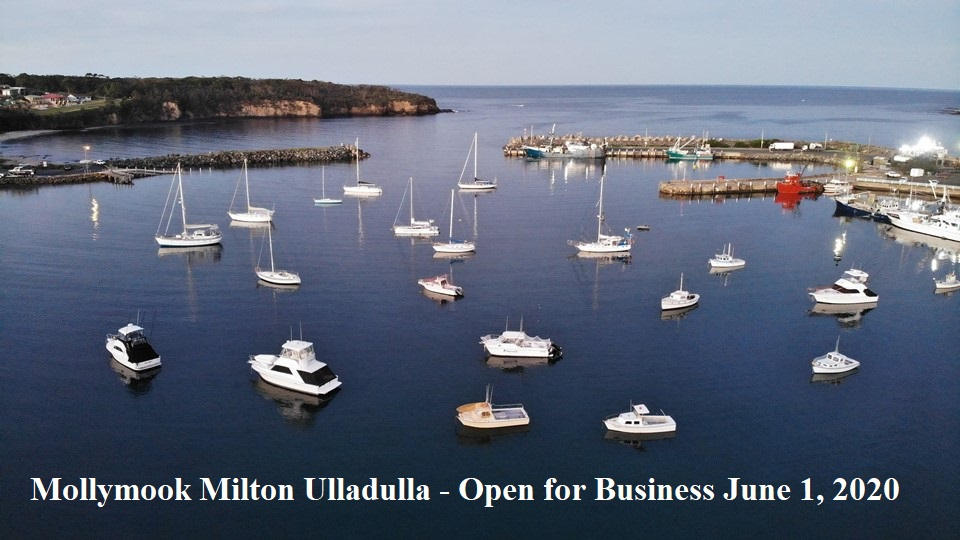 If your last holiday feels like a decade ago, you’re in luck! The New South Wales Government has announced that recreational travel for holidays can resume from June 1, 2020. Tourist are being warmly welcomed back to the beautiful area of Mollymook Milton Ulladulla.

END_OF_DOCUMENT_TOKEN_TO_BE_REPLACED 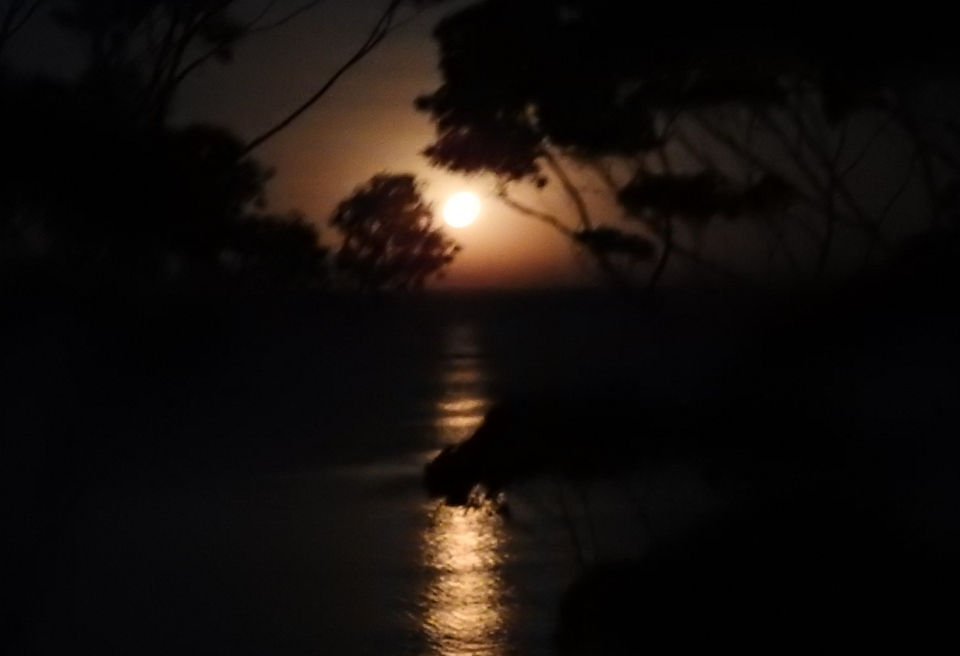 A super moon happens when the full moon falls near the point at which the Moon is closest to Earth. Unlike the other astronomical events in the sky earlier this past week such the meteor shower we witnessed, the full Moon is much easy to find as it rises in all it’s glory in the evening. This year, it’s primary period was Thursday and Friday nights, May 7 and 8.

From Wikipedia: A super moon is a full moon or a new moon that nearly coincides with perigee (i.e. the closest that the Moon comes to the Earth in its elliptic orbit) It results in a slightly larger than usual apparent size as viewed from Earth.

… a new or full moon occurs in short when, the Earth, Moon and Sun are all in a line, with the Moon in its nearest approach to Earth according to Richard Nolle, Dell Horoscope Magazine, 1979

If you missed it, you’ll have to wait until April 26 next year to see the next one.

END_OF_DOCUMENT_TOKEN_TO_BE_REPLACED

Below: Swimming well apart from one another, a number of swimmers joined in at various times keeping their distance and ensuring there was no congregating for this 2 km length of Mollymook Beach ‘fun’ swim. Issi commented afterwards that the swim  was in aqua blue conditions all the way, water so clear, possibly the best conditions ever.

Heather wrote: Thanks to Isabella & Helen for such a lovely Grandmother’s day swim this morning, (even though I am not one yet!!!) thoroughly  enjoyable & I made it to the end, it’s been a long time since I swam so far!!!

END_OF_DOCUMENT_TOKEN_TO_BE_REPLACED 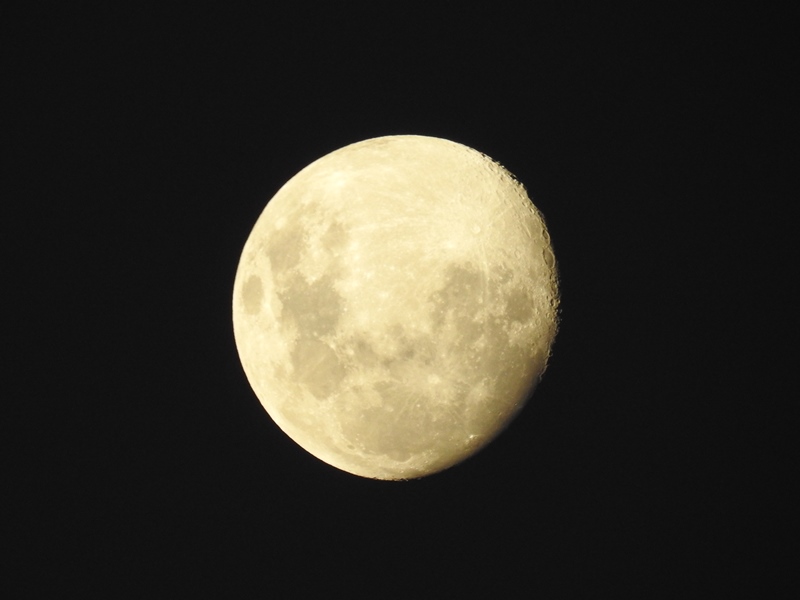 Pic of the moon last night 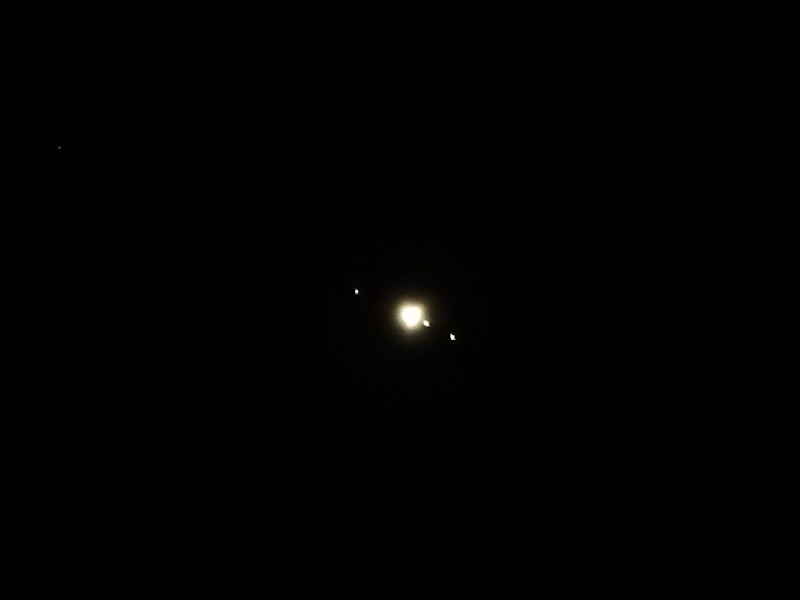 Pic of the bright star directly above 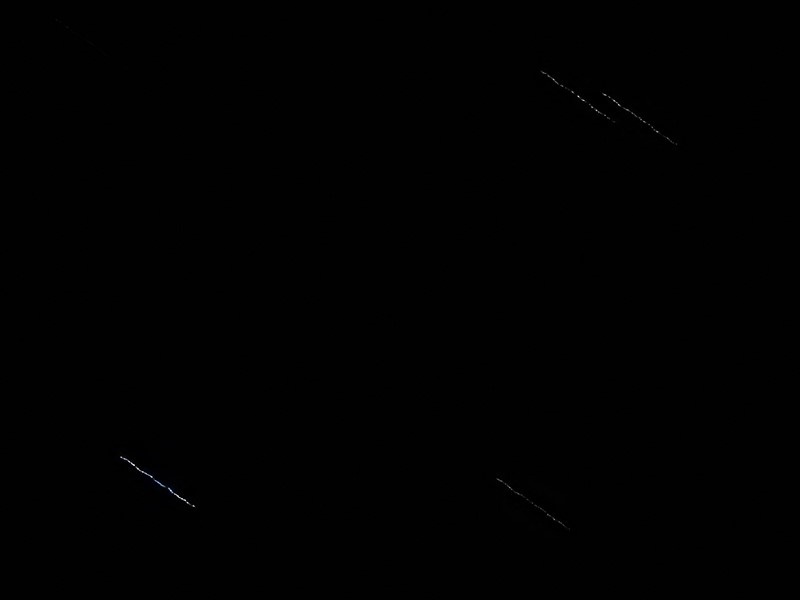 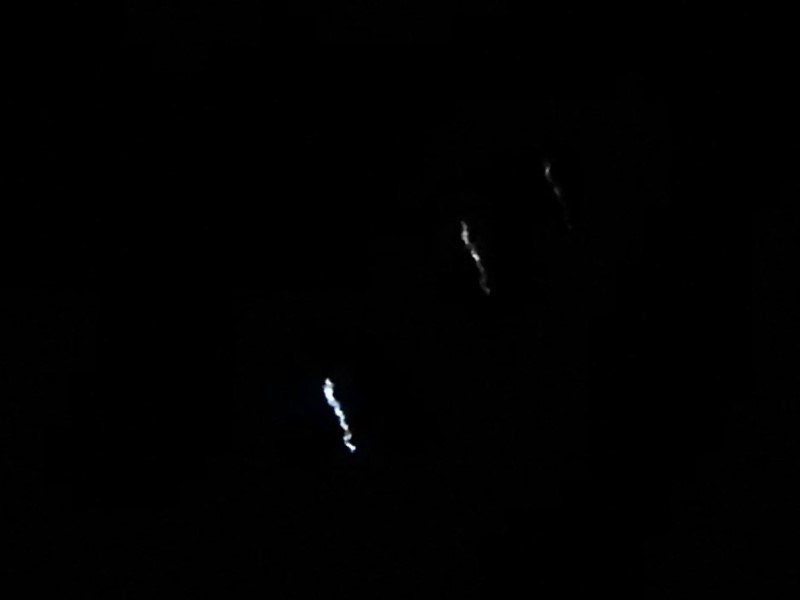 Wikipedia records : A meteor shower is a celestial event in which a number of meteors are observed to radiate, or originate, from one point in the night sky. These meteors are caused by streams of cosmic debris called meteoroids entering Earth’s atmosphere at extremely high speeds on parallel trajectories.

The Eta Aquarids meteor shower peaked on the nights of April 4 and 5! The spectacle is brought to us as the planet orbits through the path of debris left behind by Halley’s comet! The meteor shower – shooting stars, look like stars that quickly shoot across the sky, but they are not stars. A shooting star is really a small piece of rock or dust that hits Earth’s atmosphere from space. It moves so fast that it heats up and glows as it moves through the atmosphere.

(Most of the above images were shot between 4.00 am and 4.30 am this morning. You just sit and sit and then you will see some. Later after the 5.30 am news someone rang in and saw a spectacular display just before 5.30 am. So you have to be patient)

END_OF_DOCUMENT_TOKEN_TO_BE_REPLACED

Swimming in pairs for exercise 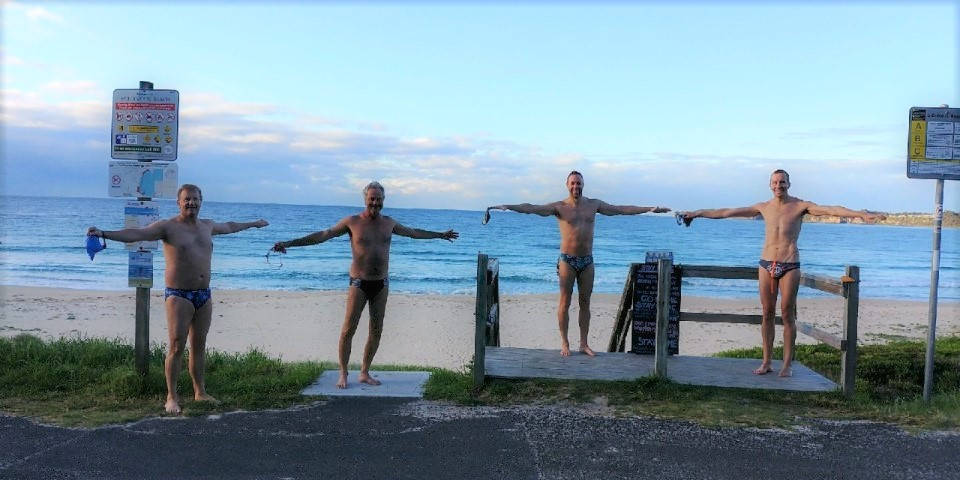 The May 3, 2020 was the date for the cancelled Mollymook Ocean Swim Classic, 2 km Length of the Beach. (Pic credit, Dr Katie)

Next Sunday, May 10 on Mothers Day:

Helen and Isabel thought to make Mothers Day special, they are planning to do a length of beach informal fun swim – starting at North Molly at 7.30 am, and of course following the Covid-19 restrictions, swimming safely in 2’s.  Just for fun – we’re calling it the “Grandma’s Covid-19 – 2020 One and Only Mollymook Swim -Grandmothers Rool”.  And of course it’s not a race, its a swim.  Swim wearing wet suits, flippers, 2-3 hats, whatever makes you happy to celebrate Mothers/Grandmothers Day.   And of course….. boys, your welcome too! We will swim in two’s maintaining the ‘social distancing’ rules.

END_OF_DOCUMENT_TOKEN_TO_BE_REPLACED 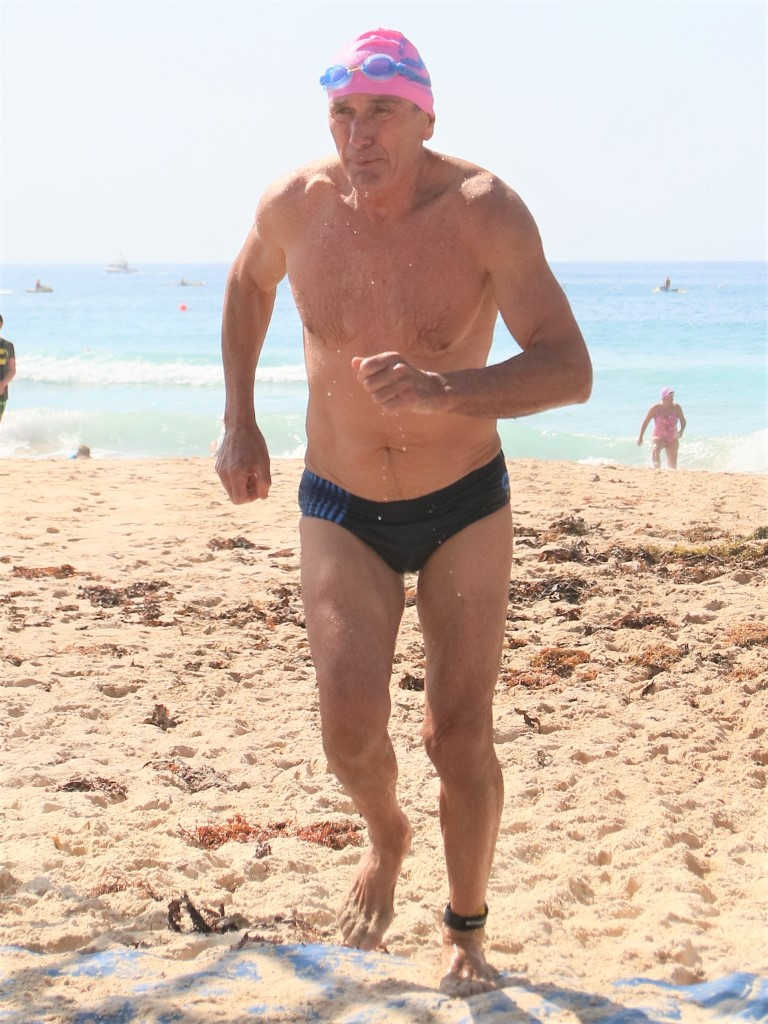 Memories: Steve competing in one of the past 2 km Mollymook Ocean Swim Classics

Hello to all the Mollymook swimmers. I’ve really missed your company during and after the beautiful morning swims. My only regret is that I should have started swimming with you guys earlier instead of just doing my own swims at the beach, sea pool or Leisure Centre. My wife Liz and I live at Illawong in the Shire overlooking a bush valley. At the bottom of the valley is Still Creek which leads into the Woronora River. Four weeks ago I was carrying out bush fire reduction clearing near the top of our valley. Unfortunately I slipped and tumbled over with my ribs landing heavily on a rock. X-rays didn’t reveal any fractures however I damaged the intercostal muscles between the ribs. Recovery has been slow but I can now do odd jobs but no heavy work or swimming. It could have been a lot worse so  I have to be grateful I didn’t land on my spine or head ( that’s debatable). Yes there is a lesson here for us older seemingly invincible types.

My swimming friends up here have still been swimming around Shark Island at Cronulla several times a week and I look forward to joining them hopefully soon.

One positive is I’ve had more time to practice playing the ukulele and I may have even progressed from a mediocre to an ordinary level. There are several uke meet up groups here in the shire however they have all shut down so I have been investigating YouTube for play alongs. For those of you who enjoy playing or listening  I recommend the “Austin Ukulele Society”. They have 87 videos of which I have been working on Sweet Caroline, Losing My Religion and Three Little Birds. They are well worth a watch to lift your mood and to watch people having a lot f fun.

Looking forward to meeting up as soon as we can make our way down to Mollymook. Fond regards, Steve Montague.

Swimmers Photo Of the Day 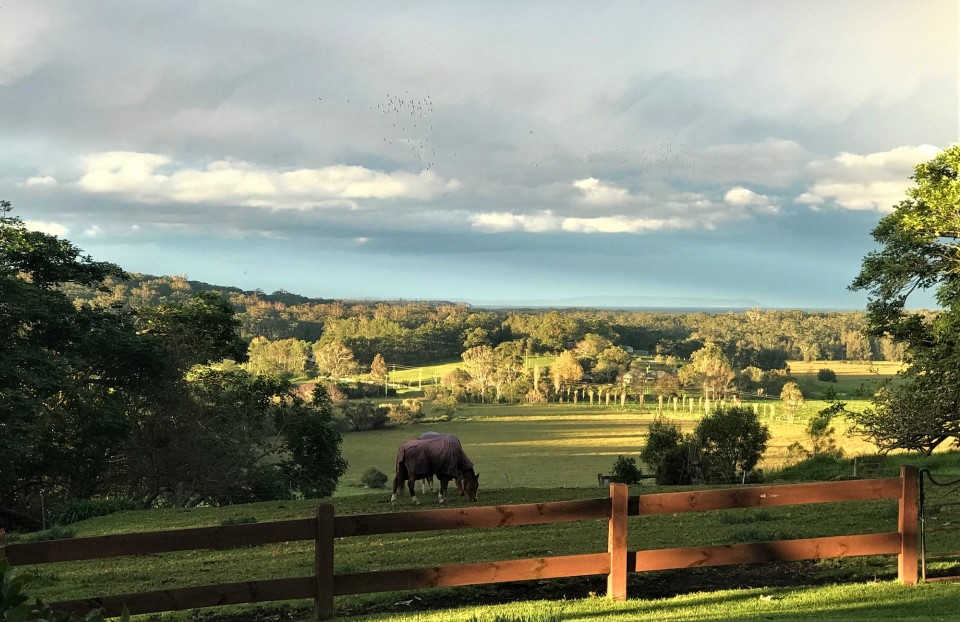