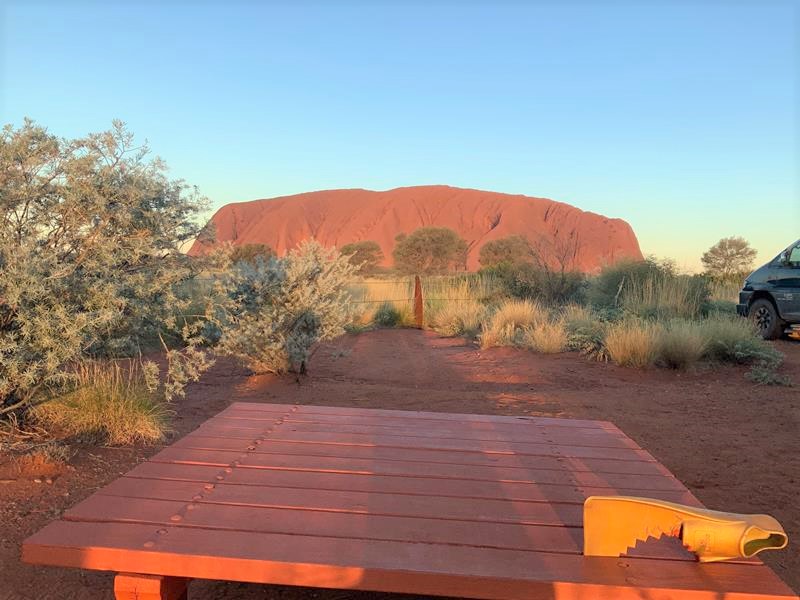 A big hello to everyone at home. Well, we are now in Coffs Harbour, on the downhill run to Narrawallee. We plan to be back at the end of the month, so keep that rain at bay. Not to rub it in, but we had 82 days straight with no rain and only hit a couple of hours of rain once we reached the Queensland Coast at Agnes Water/1770.

The highlights of the second half of the trip have been exploring the underground town of Coober Pedy; an interesting  place both geologically and socially! Alice Springs and both the West MacDonnell and East MacDonnell Ranges were wonderful, although we arrived there just as the first “polar blast” hit so swims in the waterholes were not so enticing. The water in these waterholes was 19 degrees but the air temp left a bit to be desired! Magnificent scenery and breath-taking gorges of course.

We rode our bikes around the base of Uluru, and did the Valley of the Winds walk at Kata Tjuta/The Olgas. These were both really good, however the rim walk around Kings Canyon trumped them both. Another highlight of our time in Central Australia was seeing a herd of about a dozen wild camels, not to mention plenty of wedge tail eagles, brolgas, bustards and the ever present whistling kites.

A visit to Devils Marbles/Karla Karla en-route to Tennant Creek was fascinating, with so many large boulders weathered over time and giving the appearance of casually scattered marbles. From here we crossed back into Queensland and headed to one of our favourite places in Australia, namely Gregory Downs. This is an absolute oasis in the desert of the  Gulf Country , complete with a gorgeous swimming river lined with pandanus and palm trees. The water here was an unbelievable 24.5 degrees. And no crocs, fresh or otherwise!!

Next we travelled across the middle of Queensland through Winton, Longreach and Emerald. At Winton we visited the billabong believed to have inspired Banjo Paterson’s Waltzing Matilda, a political piece really, commenting on the great Shearer’s Strike of 1891. Winton is also famous for the discovery of dinosaurs bones, we reckon our grandchildren would be fascinated to see these fossils and the signs of a fossilised dinosaur stampede! Along this route we also passed through the town of McKinlay, made famous by Crocodile Dundee and the Walkabout Hotel.

Longreach has both the Stockman’s Hall of Fame and the Qantas Museum. We spent a few interesting hours at the Stockman’s Hall and particularly loved the live show they put on with stock horses, dogs, sheep and even a Brahman bull. Very entertaining and informative. A sunset river cruise and bushman’s dinner was likewise enjoyable but we decided to save the Qantas Museum for next time.

Carnarvon Gorge was a further highlight of our travels, and we did a 27 km walk right through the gorge and up into each of the little side gorges. Amphitheatres, Aboriginal rock art, waterfalls, cycads, cabbage palms, moss covered walls, multiple river crossings…it had it all.

We eventually hit the Queensland coast at Agnes Water where Chris was hoping for a surf. The boards had been strapped to the back of the motorhome for nearly three months but alas, the ocean was a millpond! I can happily report that he has managed to get some decent waves here on the Coffs Coast and we head to Crescent Head next, then Seal Rocks, Newcastle and Cronulla so hopefully he returns home a happy surfer. As for ocean swimming, well, not a lot happening on that front. We will both be needing lessons when we return haha. We have done plenty of walking and many excellent bike rides, and I have done a couple of Park runs.

Well, that’s about all for now. We have missed you all and will be super excited to see all your smiling faces at the end of the month!!

Much love, Sue and Chris 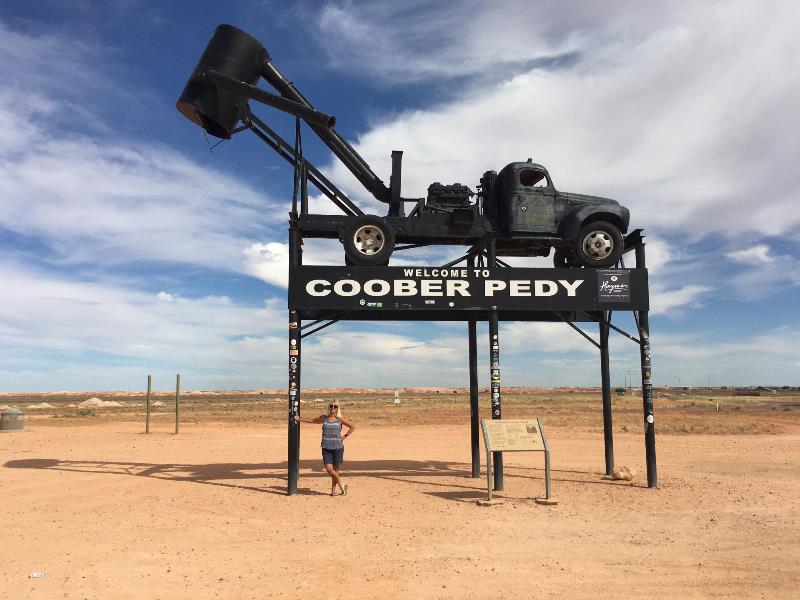 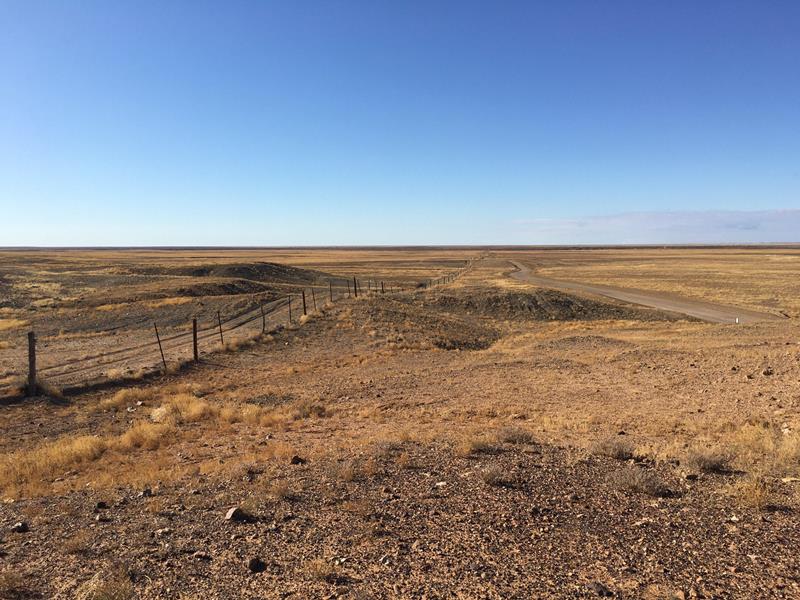 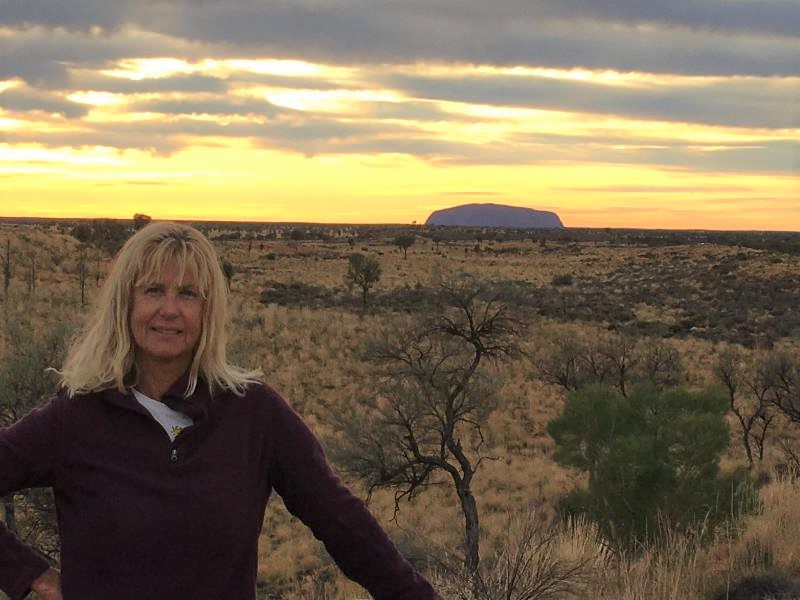 Uluru in the background 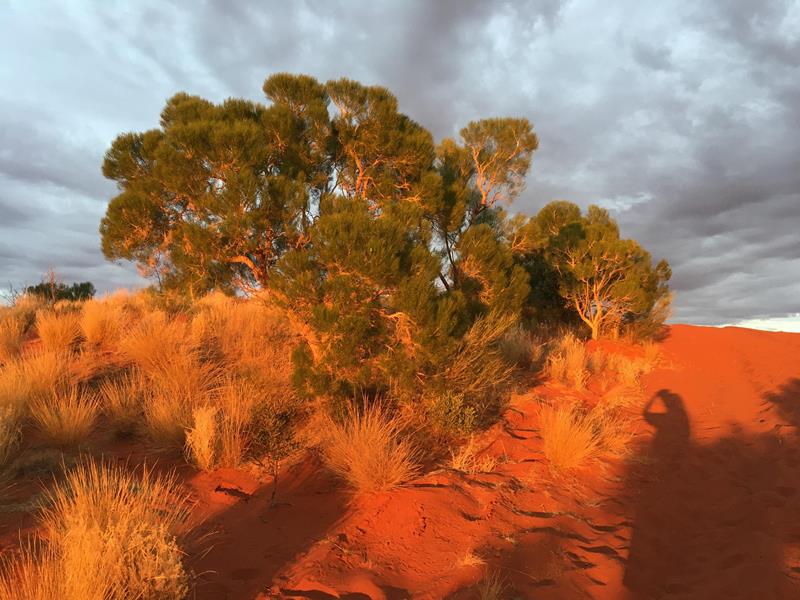 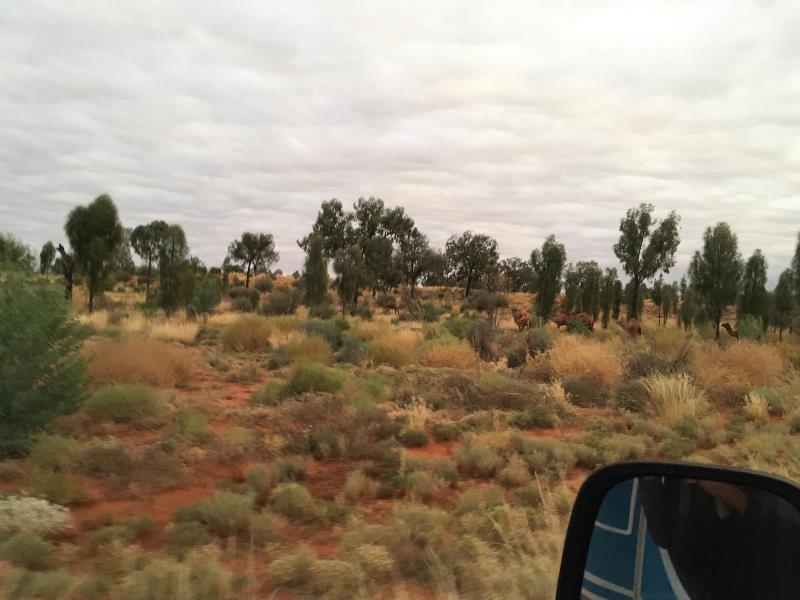 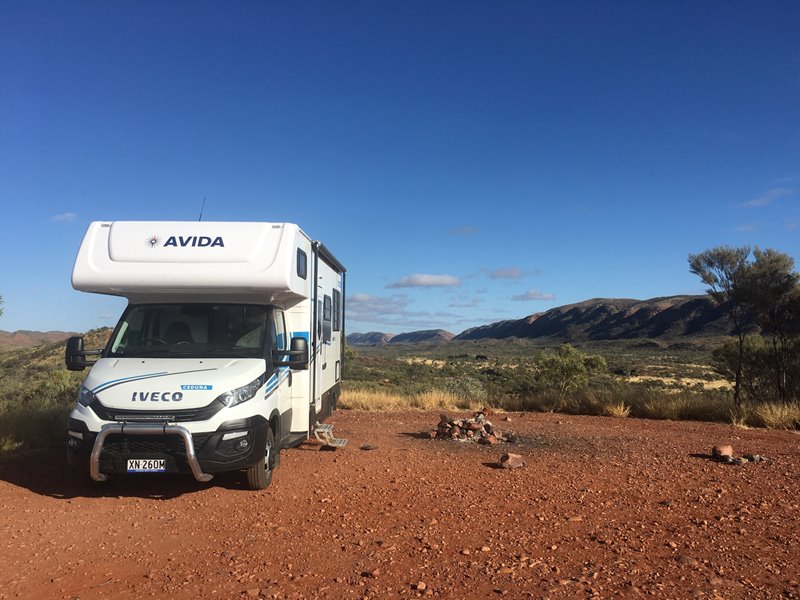 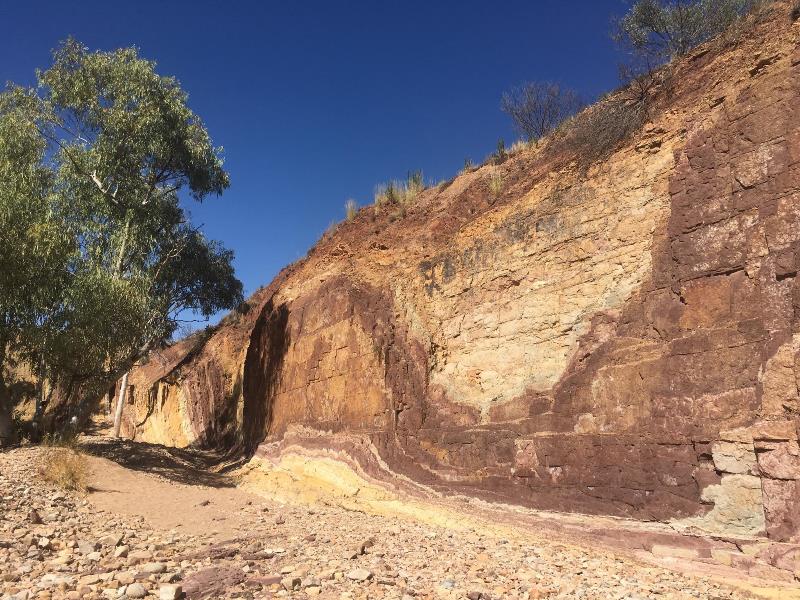 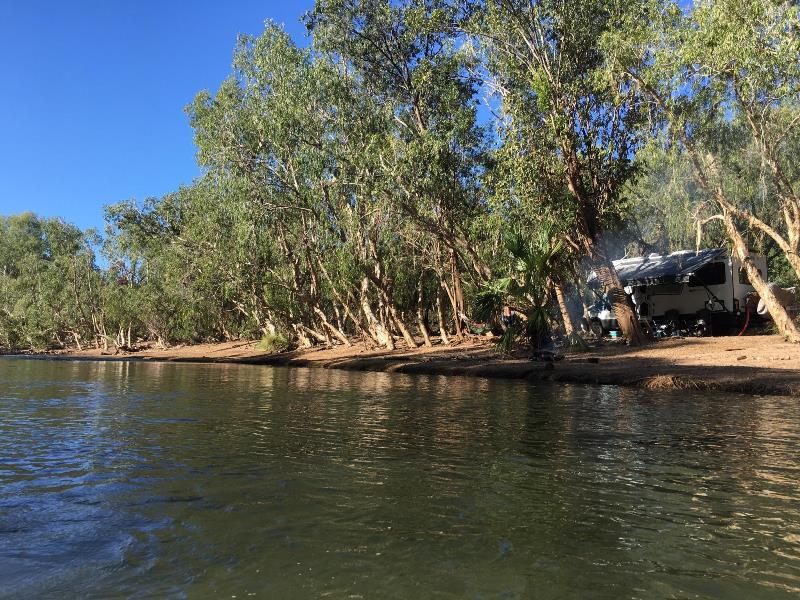 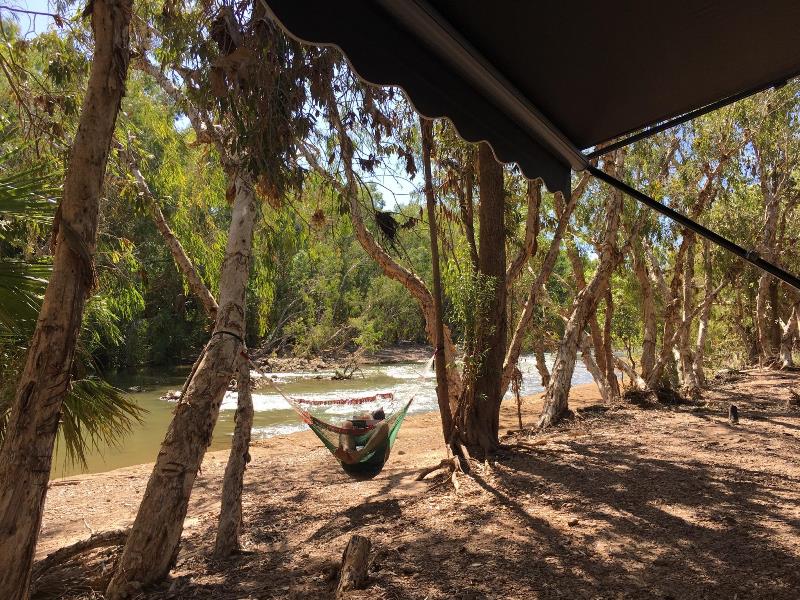 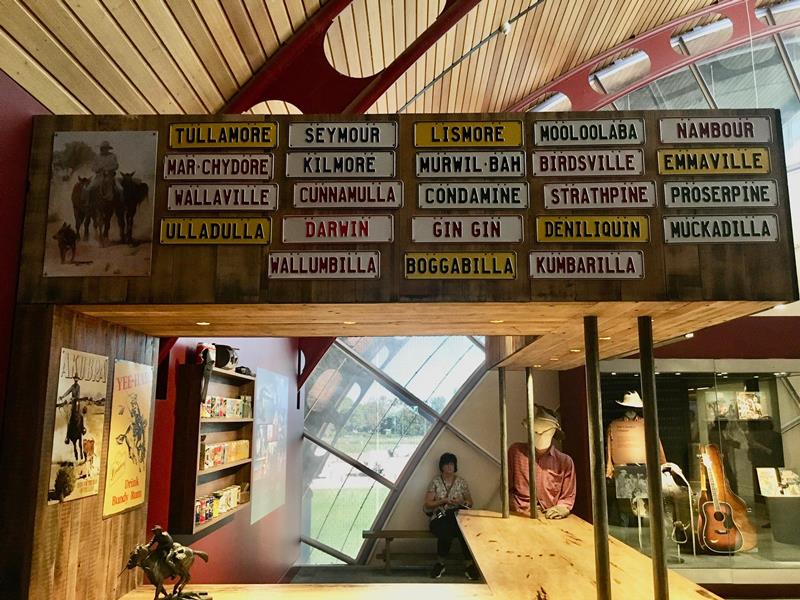 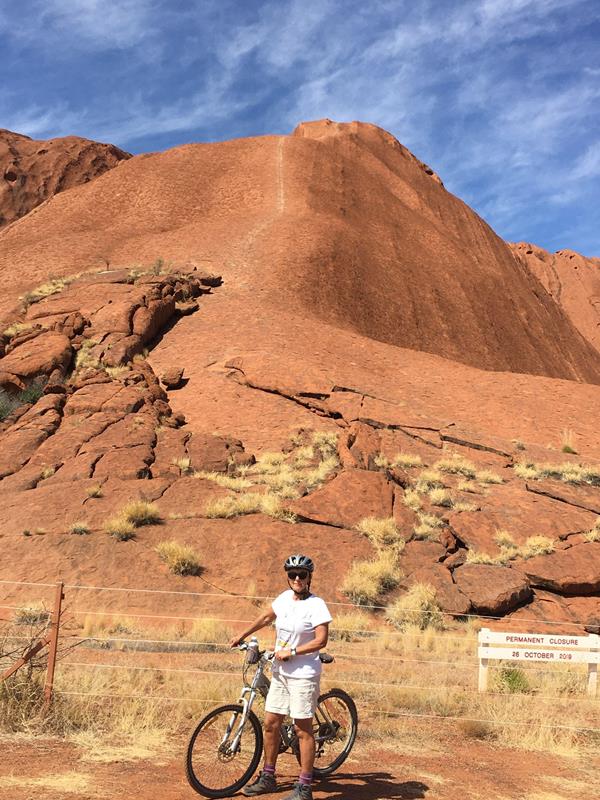 The old climbing track at Uluru 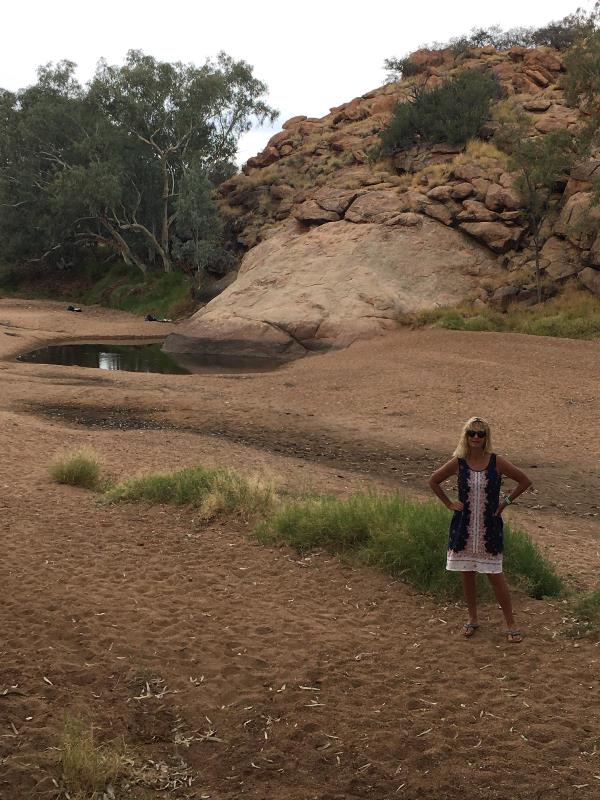 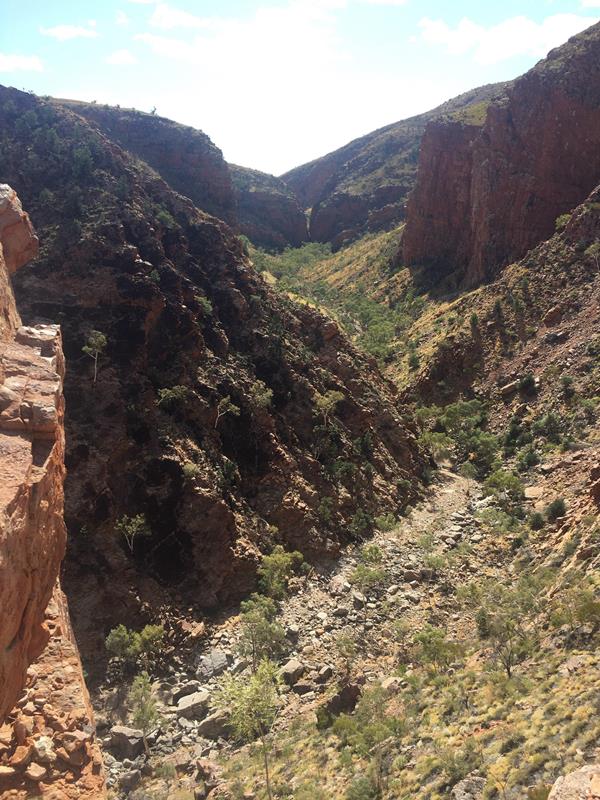 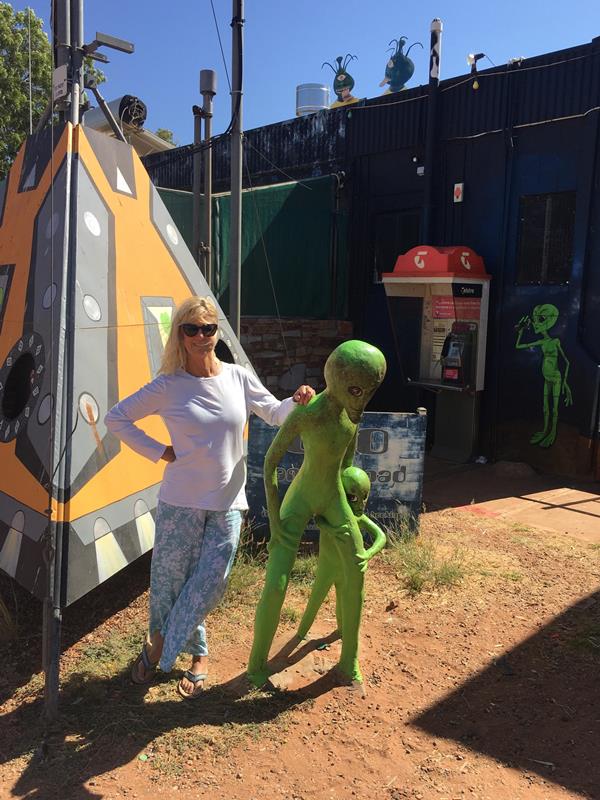 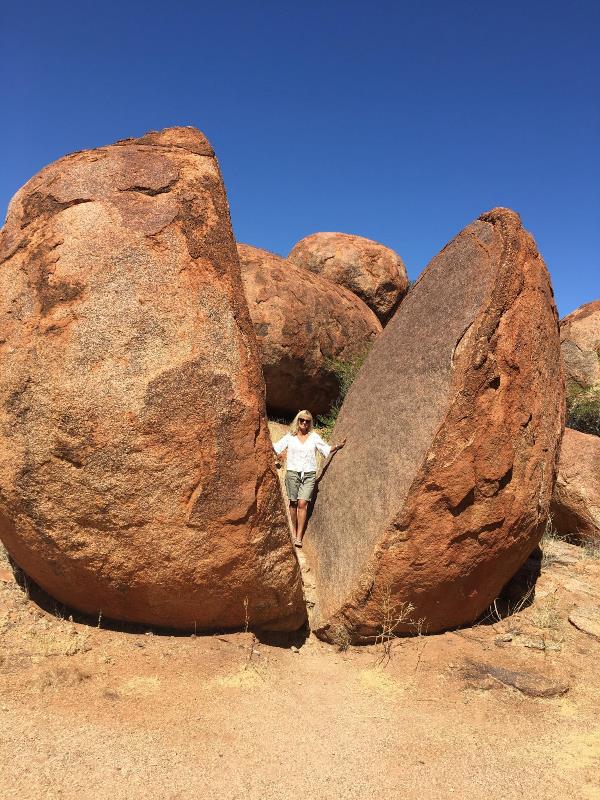 An angel in the Devil’s Marbles 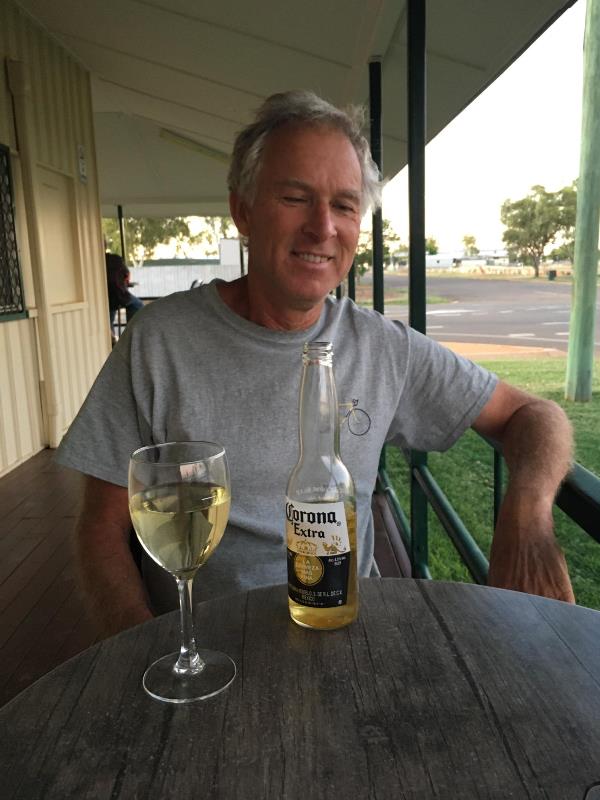 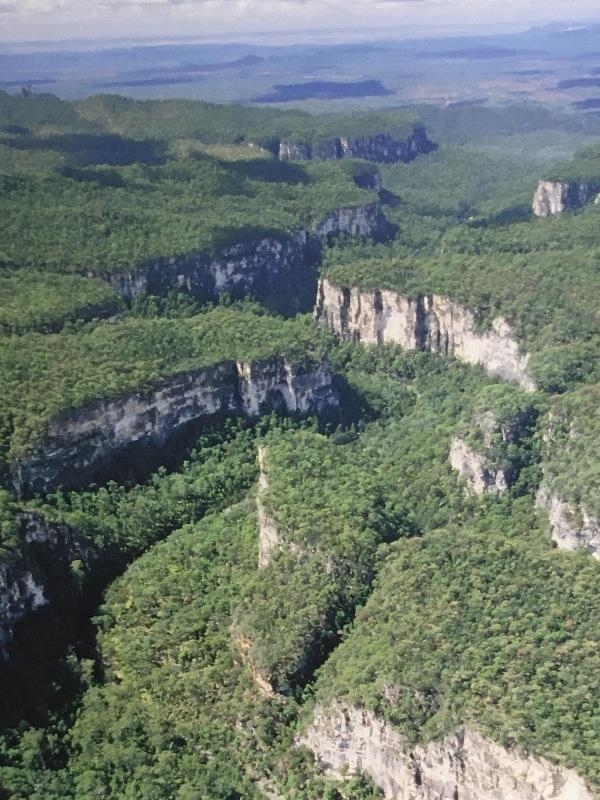 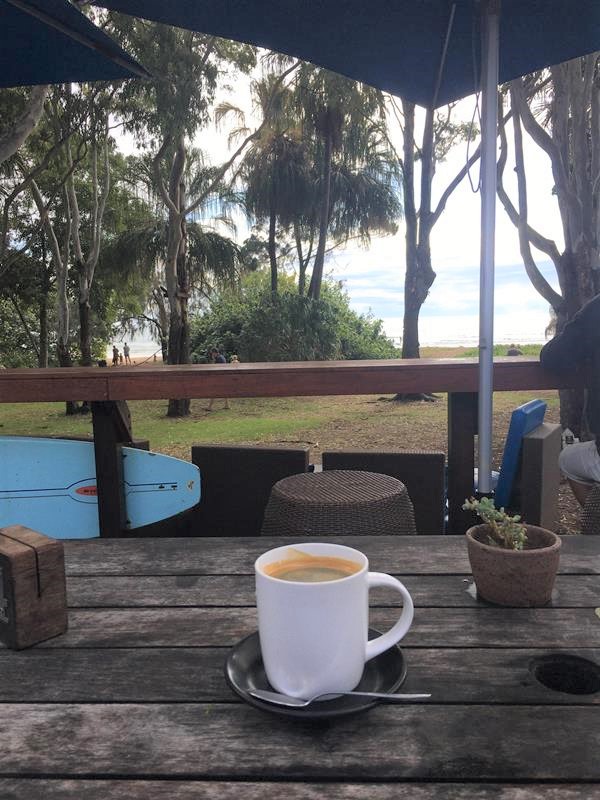