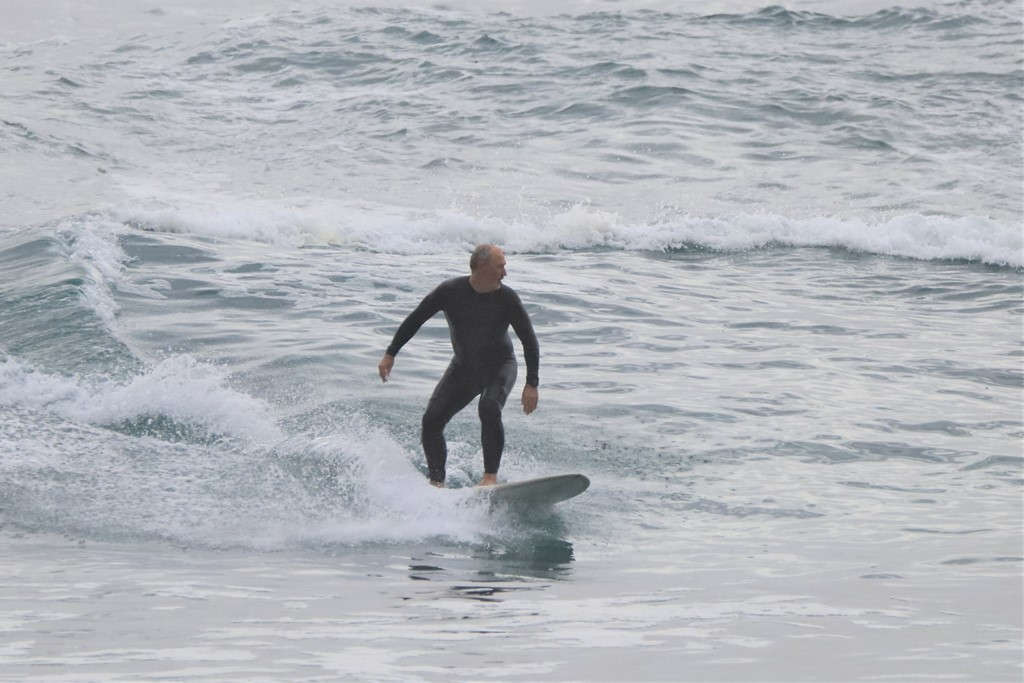 Email from Darryl: “This is a nice thing to see daily updates on swimmers stories and activities, it does help to keep us connected. These are certainly difficult times and very hard for a lot of us to catch up. It is nice running into people in the water, carpark, etc. I was out at golfie surfing the other day and it was like a board training session, there was Keith, Burto, Lewis (Lewy) and David, so funny but nice to see us getting out for some exercise in this beautiful town and environment, despite being in lock-down. Stay safe, Darryl.”

Background: Darryl’s parents migrated from Croatia in 1966 and settled in Melbourne. In their exuberance, baby Darryl arrived the following year. Schooling occurred in Melbourne and then later on the Gold Coast following the parents move north. Darryl’s career really began working at Jupiter’s Casino on the Gold Coast. Later, he saw advancement by a move to the Crown Casino in Melbourne, that was followed by another career move to the Hellenic (Greek) Club in the ACT where he met the love of his life, Michelle in 2004. (Without a doubt, Michelle’s inner beauty would rank with the loveliest ladies on this earth) He married this amazing lady in 2009 and hasn’t looked back. (As the old saying goes, behind each successful man is an amazing woman)

In 2011 they moved to Ulladulla with Darryl’s appointment as the CEO of the Ulladulla Ex Servo’s club, a prime supporter of the Mollymook Surf Club and the primary sponsor of the Mollymook Ocean Swim Classic, annually for over 12 years. Big D was a regular ocean swimmer with our group until he graduated to surf board rider with L plates. From lying face down on the board, then later to actually kneeling up which he maintained for a number of years. Recently he graduated to standing up! He loves the water, swimming with the gang when the surf is flat or on the board when there is a wave or almost a wave. Plus he loves staying connected and contributing where ever he can.

Today we focus on some of the people (of recent years) behind the annual Mollymook Ocean Swim Classic.

First we have Darryl who along with his employer, the Ex-Servo’s, they are the primary sponsor of the annual Mollymook Ocean Swim Classics.

We also have some of the most recent organisers of our ocean swim. A young Lewis Betts, who stepped in this year, May 2021 and in prior years, Tony Ireland.

And of course the local ocean swimmers are also, always heavily involved in the ocean swim, contributing and providing support in so many ways ; viz. Ross, Ben, Garry H., Don, John L., and many others along with numerous wives helping out on the day. 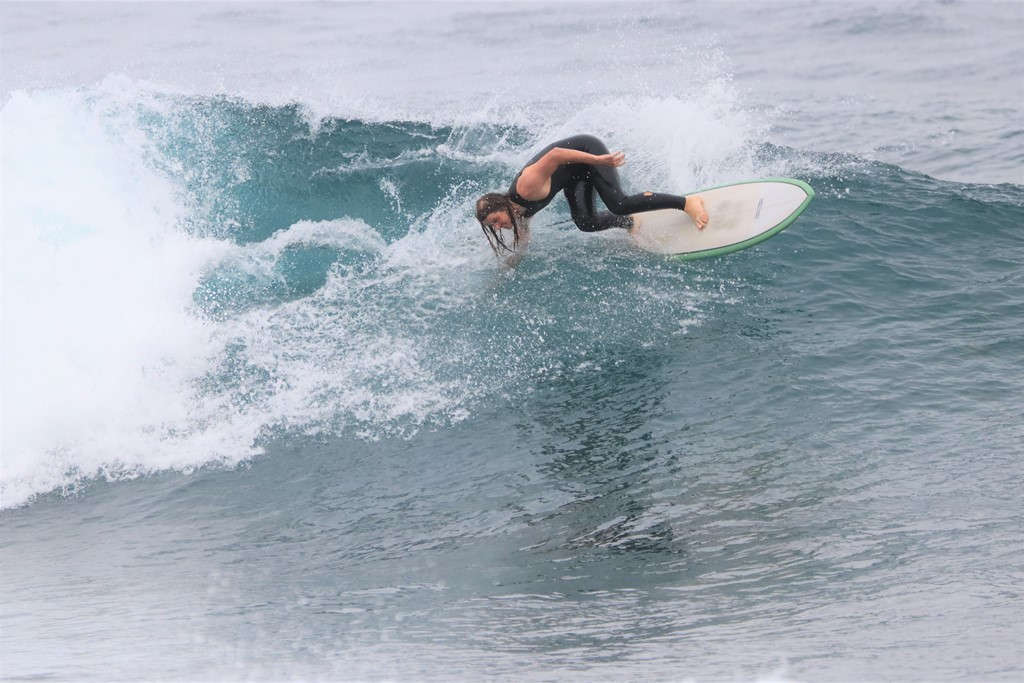 Lewis Betts (Pic taken last week when the surf was up)

Lewy loves the ocean, a keen swimmer, surfer, ski paddler and most other things that involve the water. This year he stepped into the breach to salvage our ocean swim from cancellation, and he is only a kid not all that long out of high school. 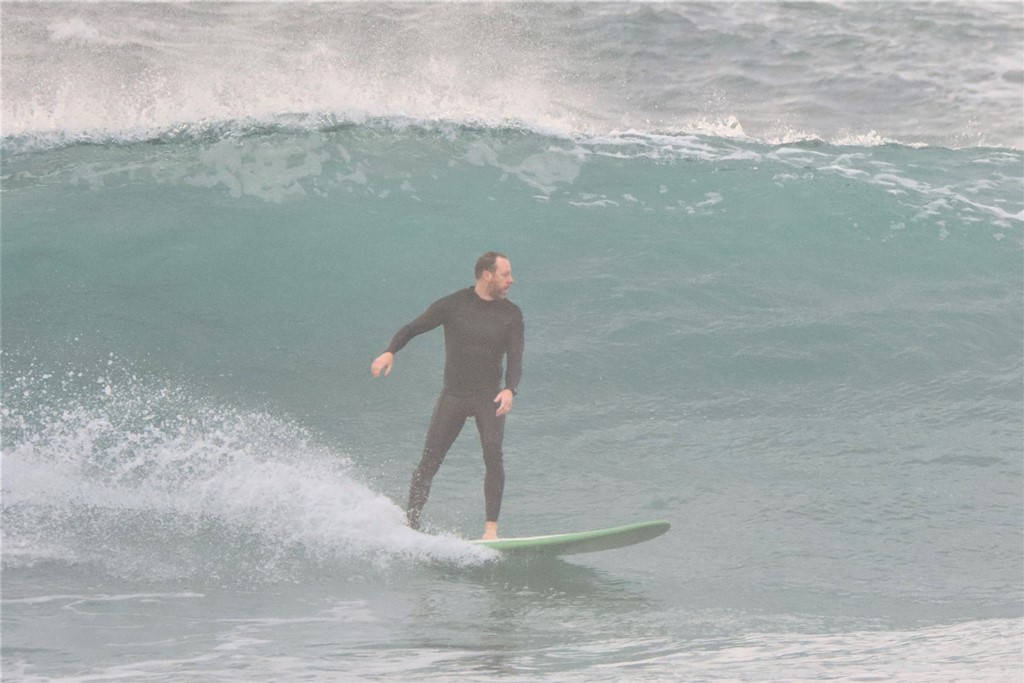 Tony Ireland  (Pic taken last week when the surf was up)

Tony is also the surf club’s Swim, Board, Ski instructor and co-ordinates the young Nippers program throughout the summer. Each with a 6.00 am start for a solid 1 hour work out. So many turn up to his early morning sessions on a Tuesday, Wednesday and Thursday resulting in few car parking spots being left available near the surf club for the ocean swimmers who begin arriving from 6.30 am onwards. 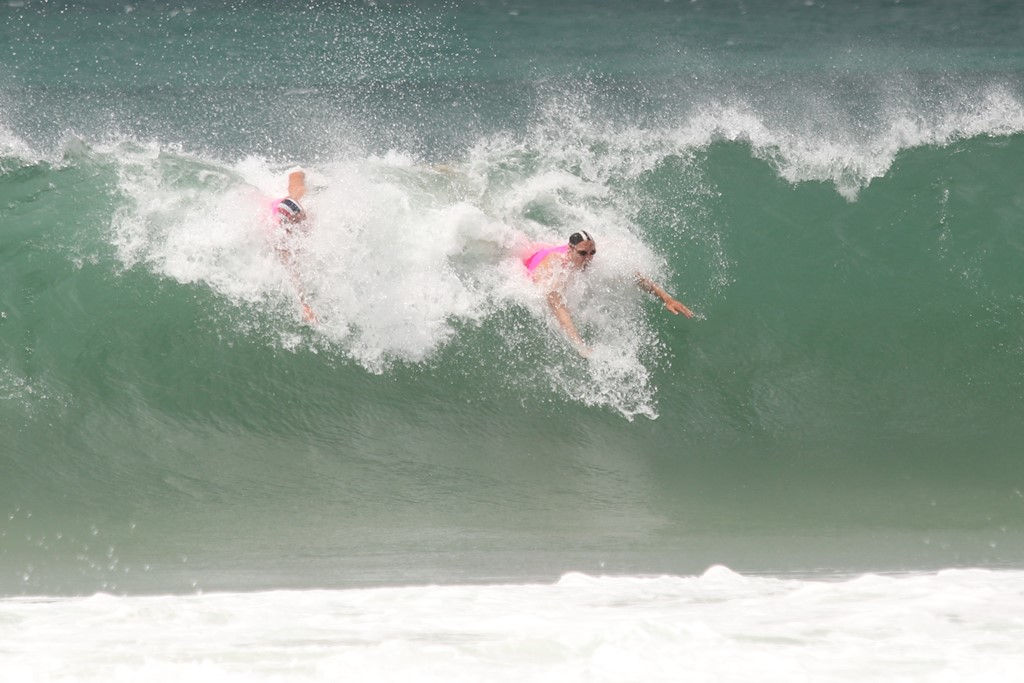 Well how was your Father’s Day during ‘Lock-Down’, with no family members able to visit you? 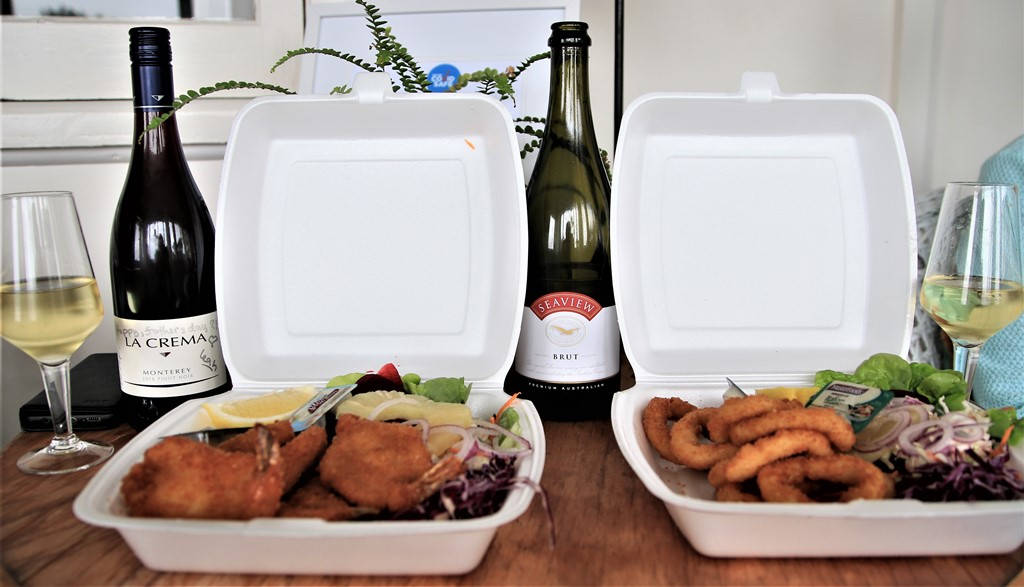 Elderly couple enjoying a ‘Take Away’ lunch from the Beach Hut Café on Fathers Day.

This morning at Mollymook Beach

Beautiful sunrise, followed by a wonderful swim accompanied by a school of dolphins. (Dolphin pics taken with a lot of glare) 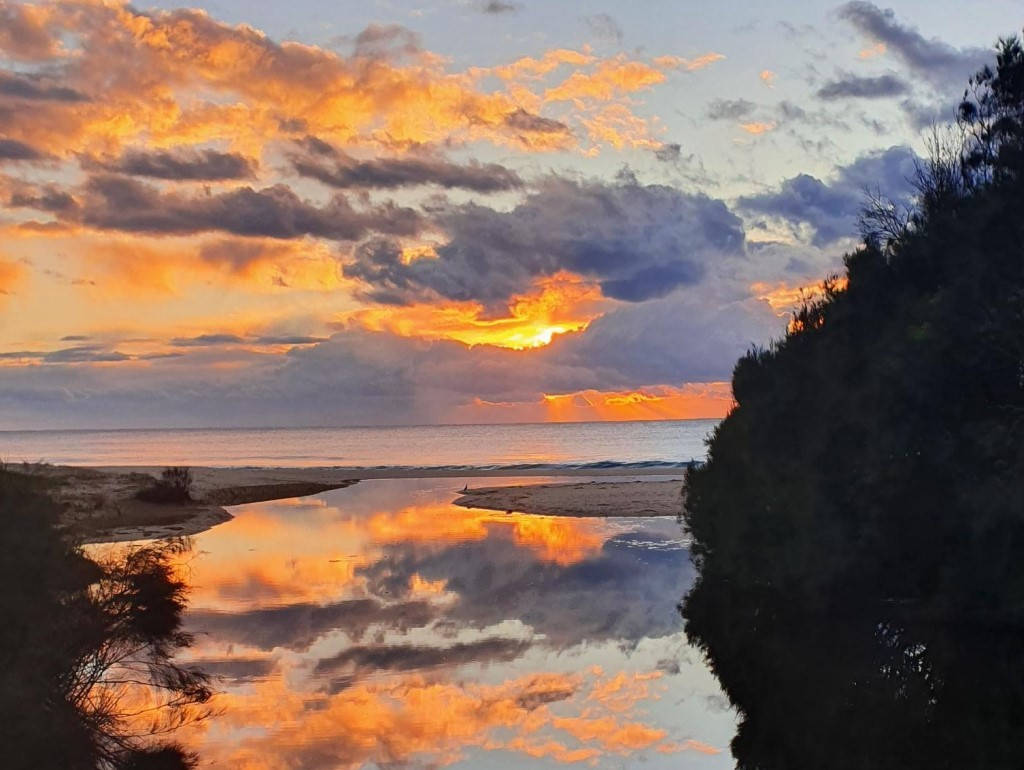 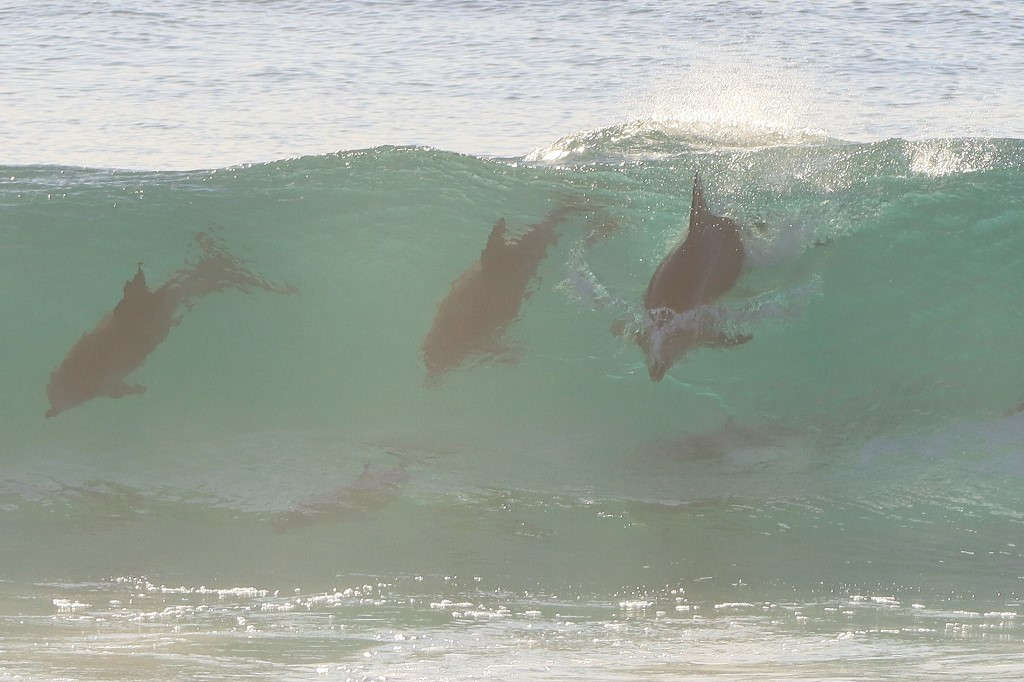 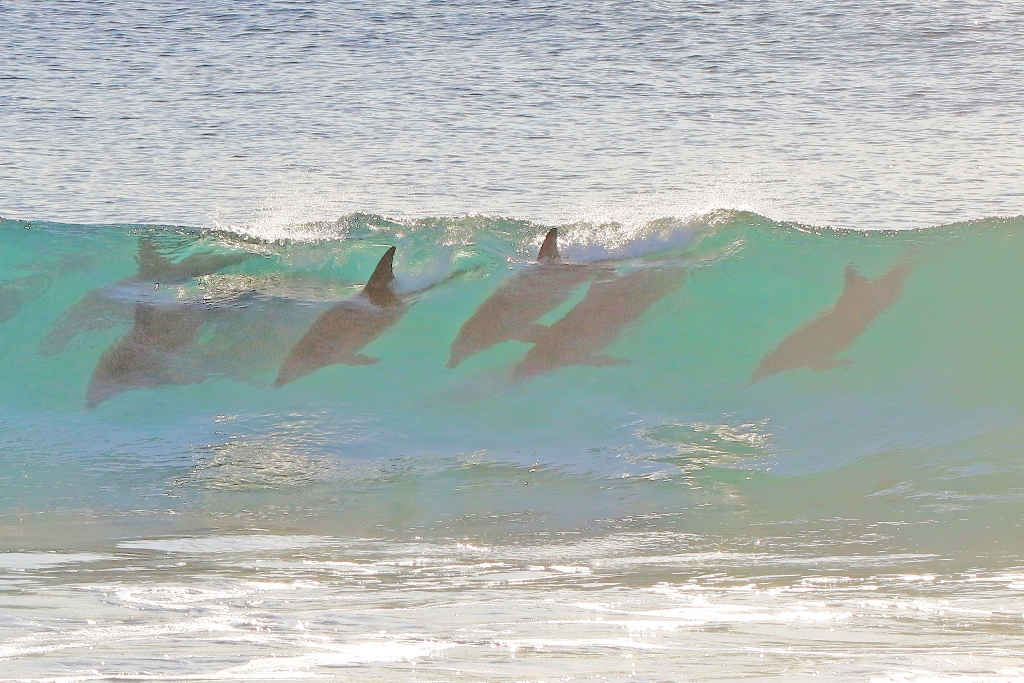 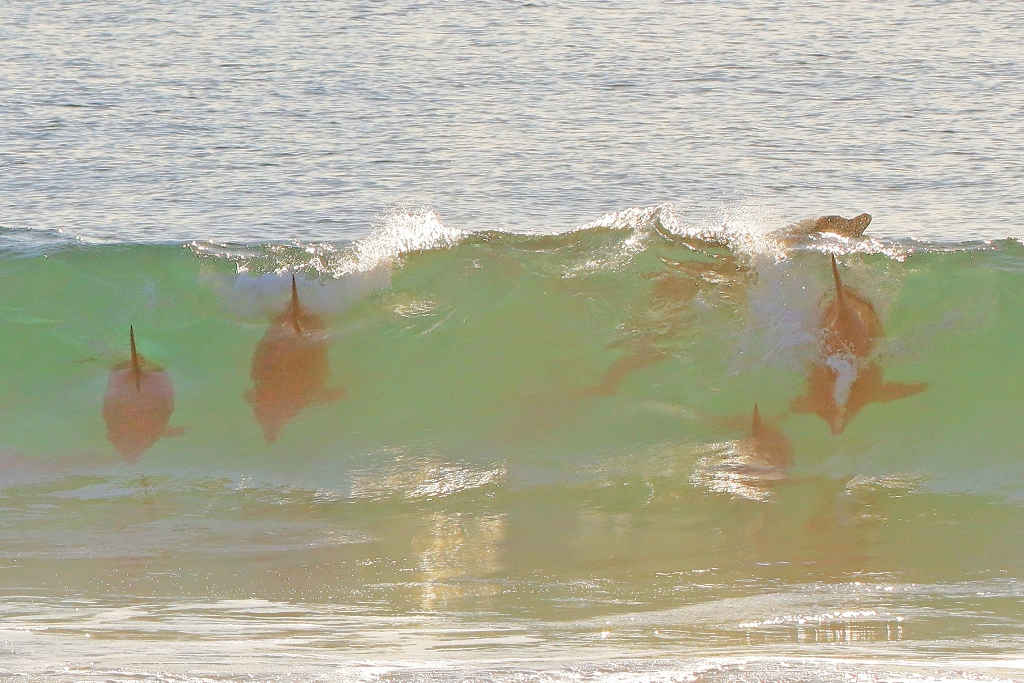