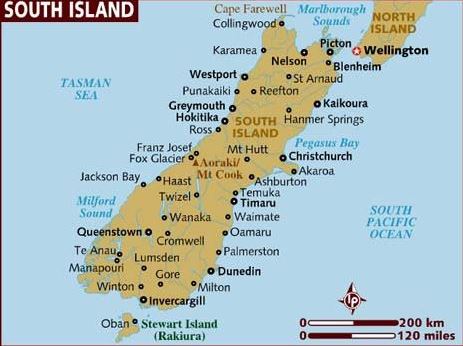 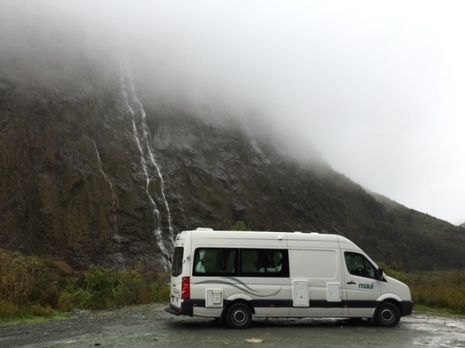 Monday evening November 2 the adventure begins for Big D and the girl of his dreams Michelle as they depart Sydney, business class for Christchurch N.Z. Protective of this lovely young lady, the Big D planned their arrival near mid-night to thus avoid any possible mid-day earthquake. 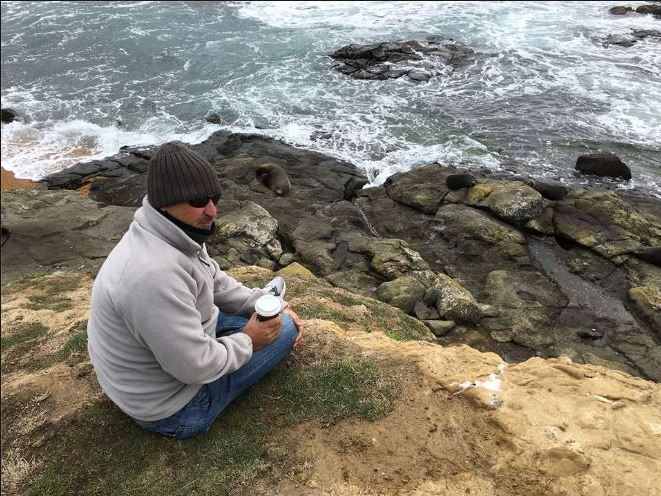 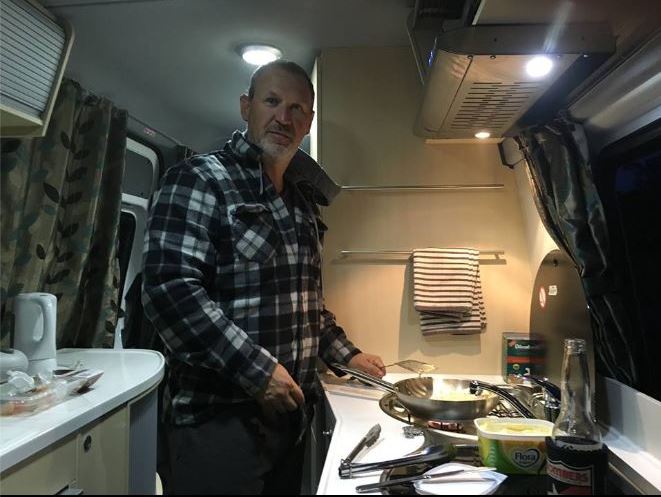 Hey Lou! have you forgotten so soon who is the Big D.

Moeraki: Heading south from Christchurch, after spending a night at Hampden in their camper, the Big D and Michelle call in at Moeraki for morning coffee, a little cold and all rugged up.

They had timed their visit to coincide with the arrival of the Royal couple Charles and Camilla who were due to arrive in Dunedin on Thursday November 5. If all goes to plan, the Big D will have his photo taken with the Royal couple for forwarding back home for publishing in the local ‘Mollymook News’ 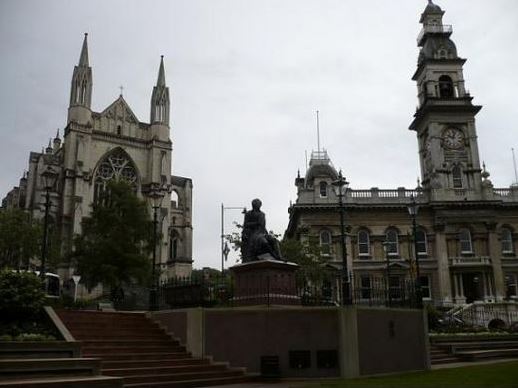 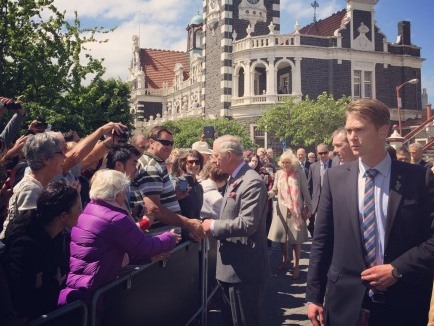 The ‘Octagon’ is the city centre of Dunedin. It is an eight-sided plaza bisected by the city’s main street. The Octagon is predominantly a pedestrian reserve, with grass and paved features, and is surmounted by a statue of the Scottish poet Robert Burns. Big D’s had planned his trip to a tee. It was Thursday November 5 and Big D had arrived in Dunedin, early enough for a coffee at the Octagon prior to their introduction to the Royal couple.

The public were already beginning to gather at the Dunedin Railway station and in Anzac Square for the 1.35 pm arrival of the Royal Highnesses. From the station the royal couple would be escorted by a Mr Cull and Ms Wilson to Toitū Otago Settlers Museum where they would be welcomed by mana whenua. Thereafter there would be a visit to the Smith Gallery and public introductions including some selected photo shoots.

The young reporter understands that the Royal couple asked who is this Big D you have on the list? The long and the short of this experience was ‘No Photo Shoot, for the Big D’. 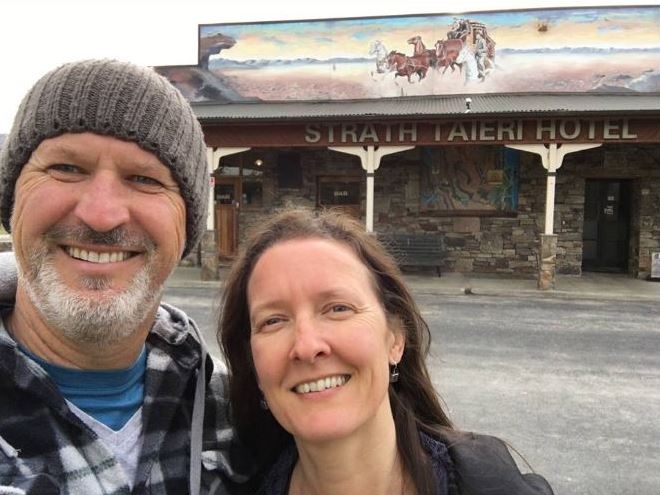 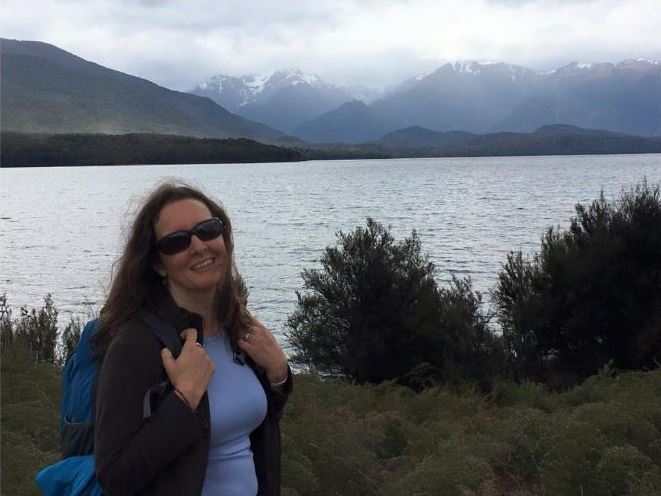 Te Anau: The picturesque township of Te Anau is the main visitor base for the glacier-carved wilderness that is Fiordland National Park. Te Anau is the perfect stopover on the way to Milford Sound.

Lake Te Anua: Receives many great reviews, the lake itself is a stunning attraction, great for walking along the edge of the lake in the evening after a day of activities. The water is pristine and there is a lot of bird life. 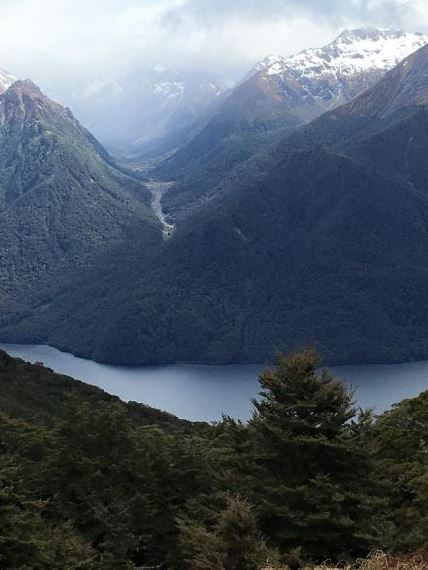 Another view of the Te Anau landscape 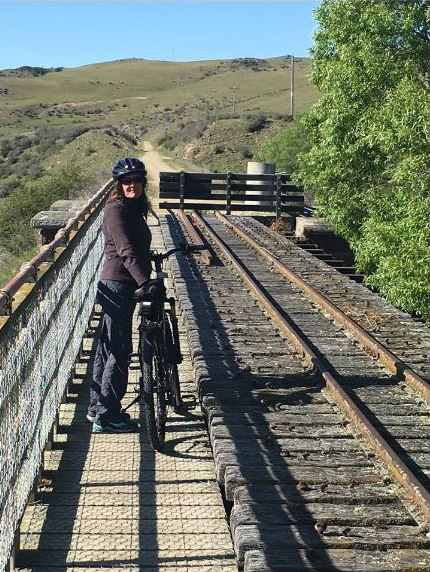 Otago Bike Ride: Big D loves participating in the ‘BEST‘ activities. So he decided to take the petite Michelle on the best and most arduous bike ride in NZ. This is New Zealand’s Original Great Ride and is open all year round, off-road, no traffic, just Central Otago’s big skies and distinctive landscape to enjoy.

The 152 km trail ran in an arc through the valleys between Middlemarch, Cromwell and Clyde. Big D gave it the thumbs up for the local swimmers planned ‘Bike ride’ excursion to NZ next February. 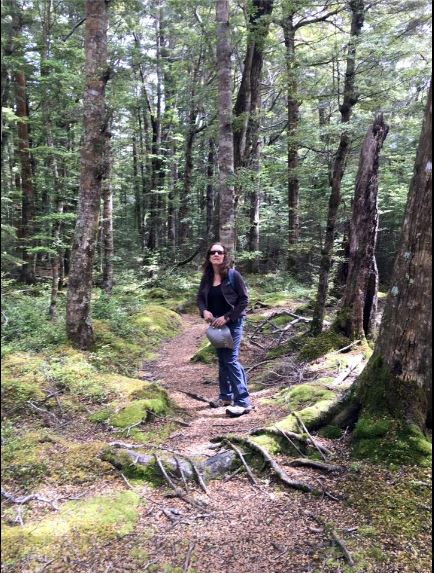 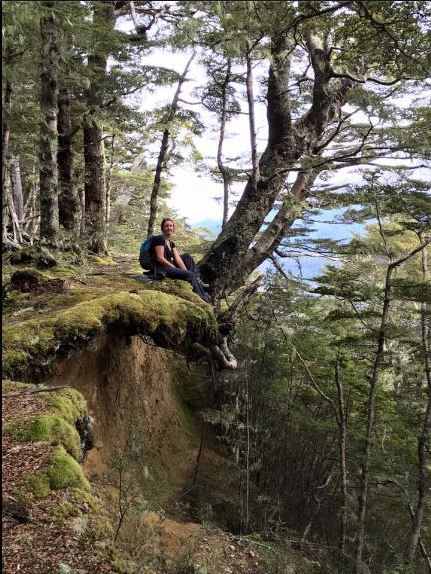 Lake Manapouri: Big D thinks Lake Manapouri as one of the ‘loveliest’ of all lakes. It has an array of 33 small islands, the backdrop of the majestic Cathedral Mountain range, native bush clad edges, sandy beaches and coves. The peaceful township of Manapouri lies on the shores of the lake with a population 300.

What Manapouri has also become popular for is its variety of day and overnight walks on the Manapouri Track. The track boasts great bird life and stunning views. 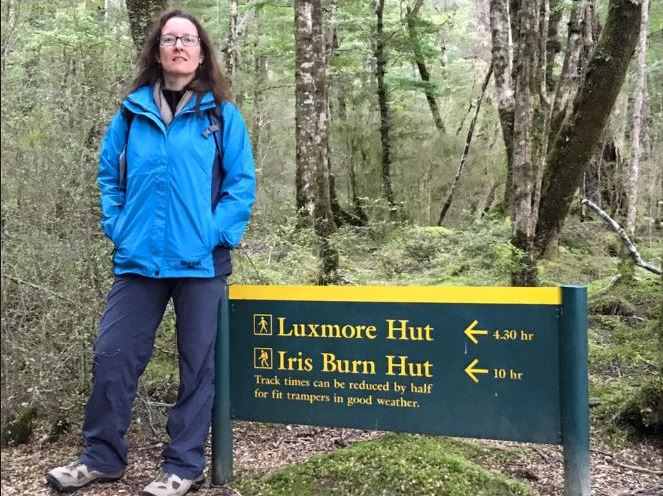 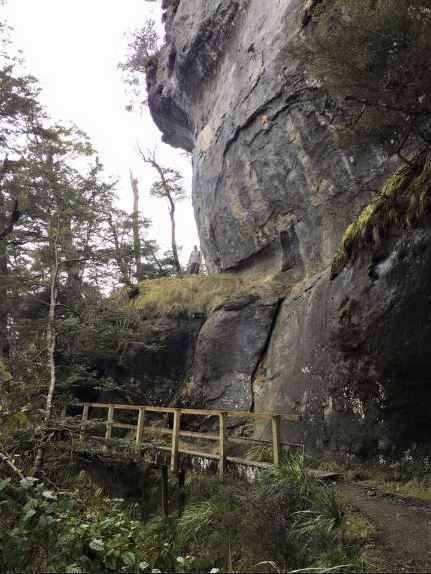 Some amazing pictures at the top of their 8 hour climb

Kepler Track: The Kepler track established in 1988 is classed as one of the great walks in NZ. It is part of the Fiordland National Park. It is a 60 km (37 mi) circular track which travels through some of the most spectacular scenery in the South Island of New Zealand including rocky mountain ridges, tall mossy forests, lake shores, deep gorges, rare wetlands and rivers. It is situated near the town of Te Anau. Big D for ever conscious of his petite young lady only hiked 28km and up a 1200 metres climb which took 8 hours. Michelle was very grateful for his thoughtfulness as she was beginning to fade away with all this exercise.

Early tracks up onto Mt. Luxmore were originally cut to provide summer grazing for sheep. Many tracks had evolved from Māori trails or pioneer exploration routes. On this the Kepler Track there are 3 huts on the way and one shelter.

All of Michelle’s ‘Christmases had come at once’ so to speak. Nearing the end of their adventure Big D chose a canoe paddle whereby he did all the work while Michelle relaxed and took in the spectacular scenery.

The activities and whole scene at Milford Sound reminded the young reporter of the recent ‘Bachelor’ TV series. Where the Bachelor would whisk away the girl of his dreams to some exotic and romantic destination. Here we have a scenic canoe trip followed by a romantic cruise. There is no doubt that the Big D was doing all in his power to impress and win the heart of this pretty young lady. Look at the following pics taken by the Big D. I’m sure Michelle would have been blown away. 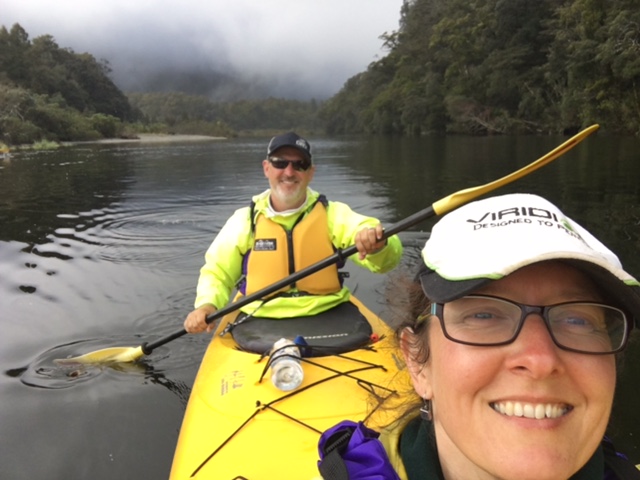 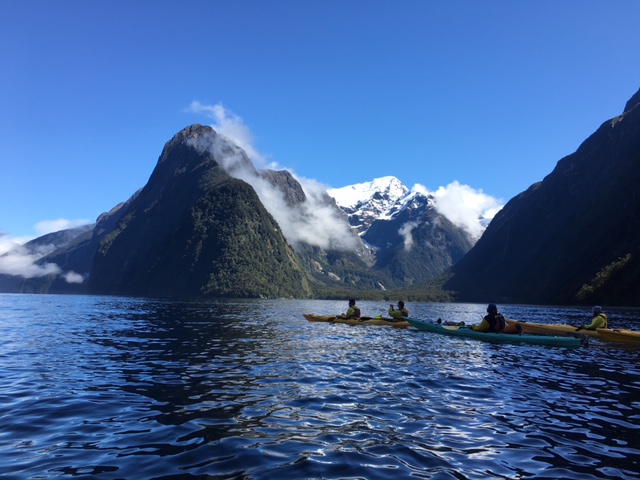 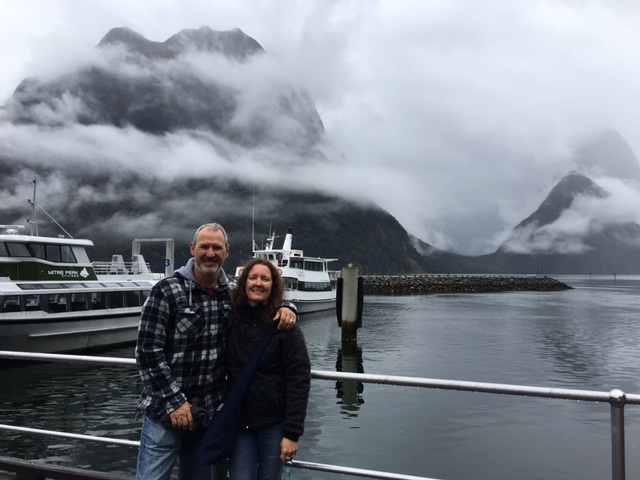 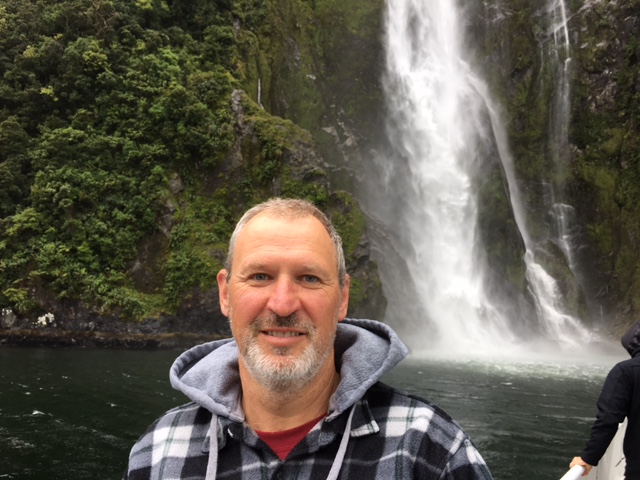 Highlights on the Milford Sound cruise 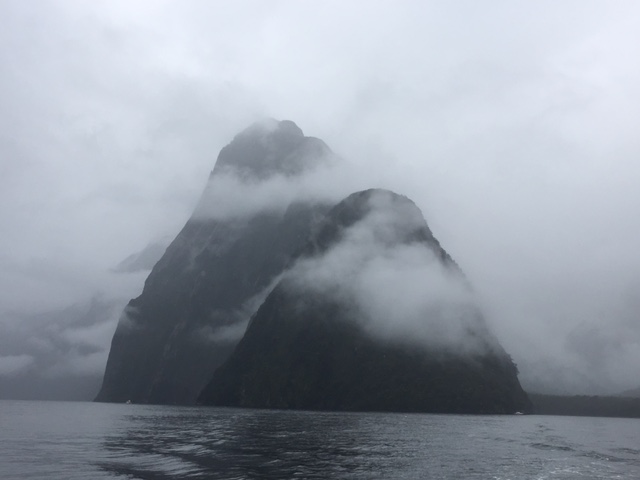 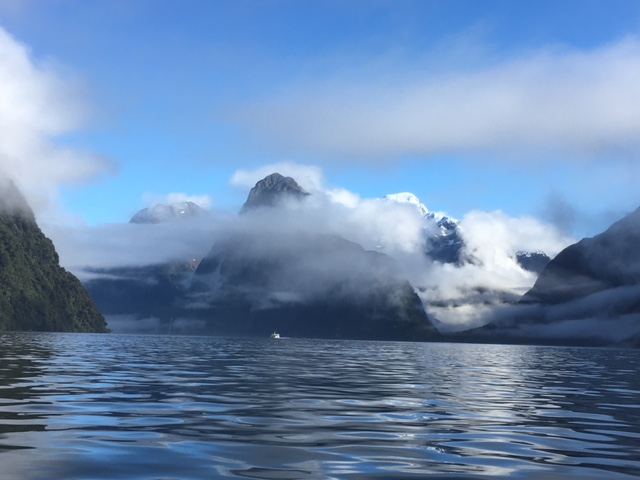 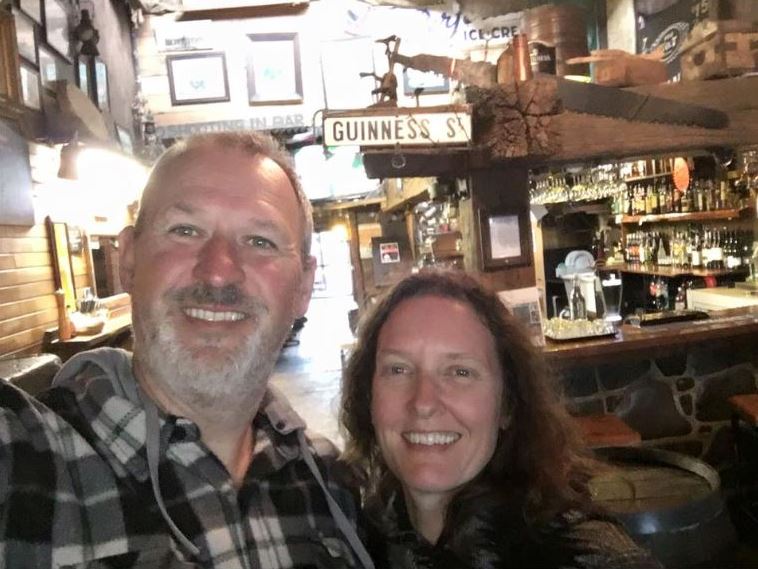 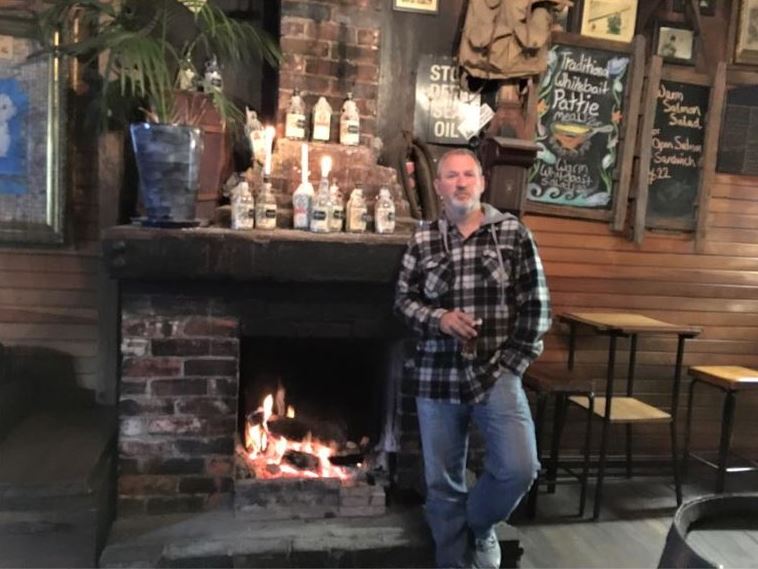 Just like in the ‘Bachelor’ TV series, an extraordinary day concludes with a romantic evening.

How much better could this day get?

‘Fine dining’ at the local pub with an open fire!

Thus concludes an awesome ‘Getaway’ to the South Island of N.Z.